John Paul DeJoria – The journey from homeless to becoming a millionaire 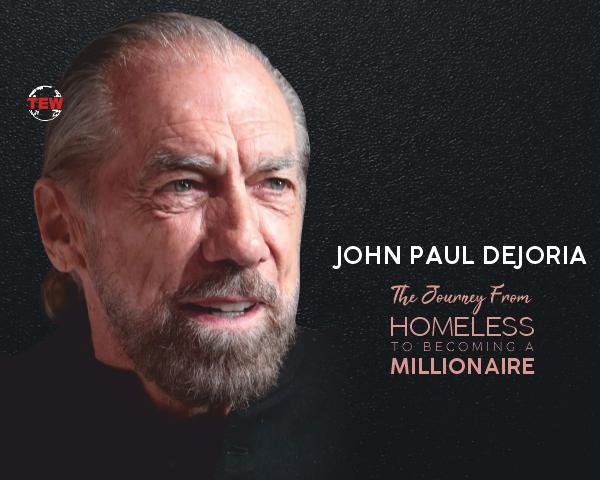 John Paul DeJoria – The journey from homeless to becoming a millionaire

There have been many fascinating stories of rags to riches. Businessmen with no or very little capital, put everything on the line, dedicated themselves, and became legends in the world of business, respected and known throughout the world. It’s not impossible but one has to stay true to themselves and giving up is or was never an option. What people see as obstacles, these legends saw it as opportunities and their unyielding spirit has created that special space for them in the hall of fame.

Various interviews of such personalities have been taken, some questions repeatedly asked and one in common, how can one do what you did. There is only one answer to this, i.e. just believe in yourself, because if you won’t, how can you expect others to believe you or your products or services. Today, we are going to talk about John Paul DeJoria, whose unwavering will and success story has not only inspired the world but showed us that anyone can be a great businessman, and lack of means is just an excuse.

John Paul DeJoria was born in 1944, his parents separated when he was two, to make the ends meet he started selling Christmas cards and newspapers with his brother from the age of nine. After completing high school in 1962, they were sent to a foster home as his mother couldn’t take care of them. He served in the US Army for two years, after coming back he could not afford college, so he started a plethora of jobs from being a caretaker, door-to-door shampoo salesman, and an insurance salesman for the next few years.

He acquired knowledge about hair care products from working in Redken Laboratories in 1971, he was fired in 1975 due to disagreement over business strategies. He joined Fermodyl Hair Care after, training management and sales force but despite rising sales figures, he was again fired from the job. His next job was in the Institute of Trichology, from where he was laid off as they could not afford his salary.

All this did not make him lose hope and his will to succeed. In 1980, he decided to start a business with his hairdresser friend Paul Mitchell and founded Paul Mitchell Systems by taking a loan of $700. They decided to develop products for professional stylists that would help reduce the time required to dress a client’s hair. The first products were a single-application shampoo and a leave-in conditioner. After struggling for the first two years, the company made a gross revenue of $1 million in the third year, marking the beginning of something extraordinary.

John Paul DeJoria always supported environmental issues and funded Gustin Energy Cos., which would do an advanced exploration of oil and gas with ecology in mind. After the death of Paul Mitchell, he started Patreon Spirits Co., with his friend Martin Cowley, desiring to make smooth tequila. He is a partner in the House of Blues nightclub chain, with interests in Madagascar Oil Ltd., Sun King Solar, Solar Utility, Pyrat Rum, Ultimat Vodka, Touchstone Natural Gas, and many other ventures. His current net worth is estimated at around $3.2 billion.

John Paul DeJoria and his story is not only inspiring but also instills a spark in everyone that one can do anything she/he wants. His life’s struggles and his never-giving-up attitude teach us that one should never stop working or waste time sulking, the only way is forward and move ahead with everything you have got.

John Paul DeJoria always talks about always working as one cannot solve any problems or change any circumstance if she/he doesn’t take a stand to change it. Another thing one can learn from him is despite being a billionaire, he is down to earth and always believes in giving back and helping those who are less fortunate. He says it is his way of paying rent to live on this planet.

PrevHow to Start a Consulting Business?
Effectiveness of Leadership StylesNext