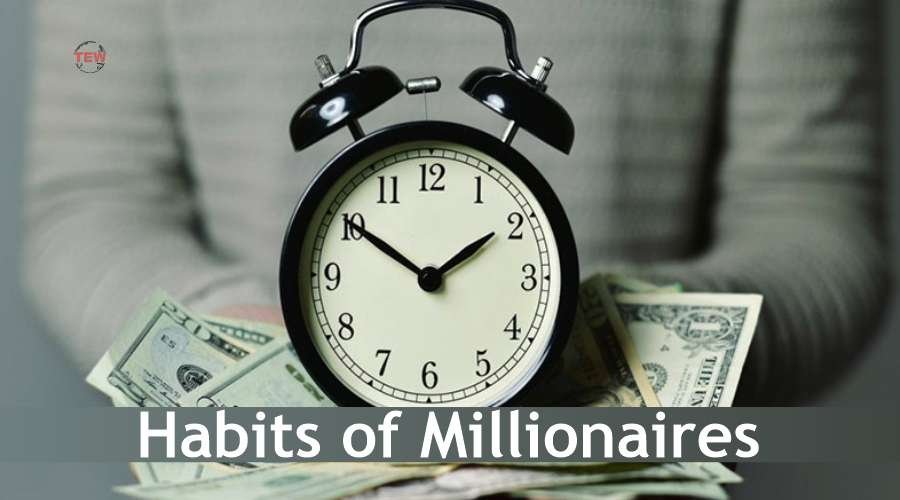 The word millionaires sound thrilling, exciting and one that everyone wants to be called but the efforts, hard work, dedication, and much more qualities that one needs to instill in their selves along with the many sacrifices one needs to make are what makes one a millionaire.

The common thing people often neglect or fail to see among all the millionaires is a success, as every millionaire is successful no matter their career field or industry, they work in.

The life of millionaires sounds lucrative and everyone desires it but one if aiming for the same needs to know and learn the qualities and Habits of Millionaires. A millionaire is not judged by the amount of money, houses, or cars they have but their success and most important of all their impact and contribution on and to the world as a whole.

It’s not about the DNA but you.

Millionaires are not born and we all have heard the stories from rags to riches, yes luck does play a part in the success but as mentioned it just plays a tiny little part. It’s the personality, it’s the actions and most importantly it’s the Habits of Millionaires that define and makes one a millionaire.

Here are 9 Success Habits of Millionaires

1. They dare to take risks

Millionaires dare to take risks and know what they are stepping into with complete knowledge and are ready to face any repercussion and if you put in the adequate hard work and dedication, the sky was never the limit. Habits are what makes and form a person and one should always make sure their Habits of Millionaires are in line with their interests and the person that they wish to be.

Millionaires are readers and always ready to learn and are not afraid to ask what they do not know as no one is all-knowing and they have no shame in accepting they don’t know. Millionaires never forget to exercise and always eat healthy because they know the importance of good health and its impact on their professional and personal life.

3. They Hang out with Successful People

Millionaires hang out with other successful people because it is a true success is contagious and they volunteer to surround themselves with good people plus you never know where you can find an idea for a new venture.

4. They are always positive and spread positivity

Millionaires are always positive and spread positivity and are forthcoming when it comes to mentoring and helping others.

They believe in setting their dreams and pursuing their own goals which are set by them for them and not for anyone else but them. Habits of Millionaires.

7. They away from herd

Millionaires are the ones who break away from the herd, they give and make time for their selves, to think, to read, but that time is their sabbatical with themself.

8. They Keep touch with mentors

Millionaires always keep in touch with their mentors and are never afraid to ask for help. Habits of Millionaires.

Millionaires never give up and most importantly they are always seeking feedback because they believe in positive constructivism and enhancing themselves every single day.

Millionaires do enjoy the status, fame, and name but one should never forget that they worked hard for it and are doing it much more now to keep it that way. They sleep on time and for a good 7 hrs. and wake up early with a clear and focused mind.

One can learn these Habits of Millionaires, they sound easy but everything comes with a price, with a sacrifice, and if one wants to stand on the same stage, in the same hall of fame, then the choice has to be made. It’s what people do, their actions, and the choices they make, define them and their life.

One always knows what it takes to be successful, how to become the best version of yourself, and be the person you always wanted to be. In the end, the question remains the same and always will be, do you have what it takes to make those choices and sacrifice?