Musician, Realtor, and TV Host Matt Kirkegaard is Working Overtime to Put Nashville on the Map 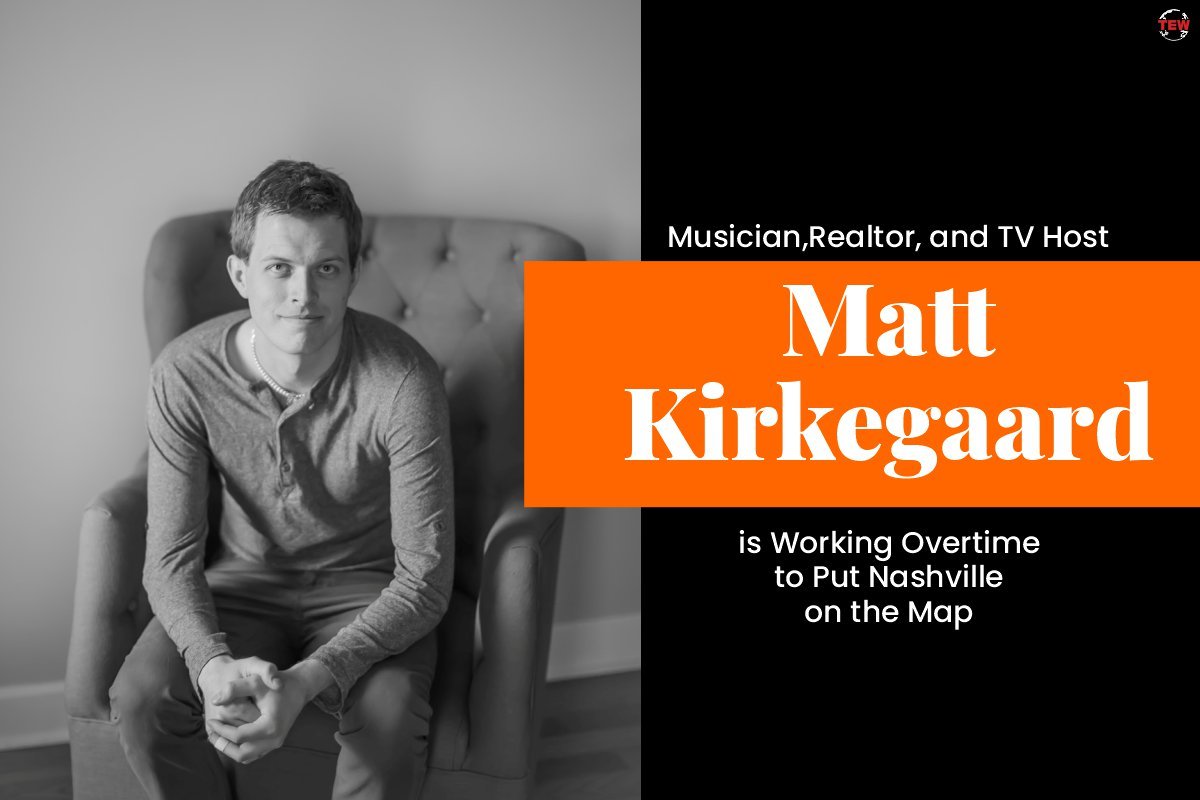 Though most of us know a bit about Nashville: the music, the cowboy boots, and the relaxed vibe of Tennessee’s music city, we don’t know it as the locals do. Until now.

Movement Property Group founder Matt Kirkegaard is one of the state’s top 100 realtors and the founder of a luxury real estate firm. He’s also an accomplished musician with two albums under his belt and an engaging TV host.

For his newest endeavor, an ongoing series called “Selling Nashville,” he gets to share with audiences everything he loves about the city he’s called home for 15 years.

When the show launched, most episodes featured aspirational luxury homes and properties in Nashville. While that topic is a natural fit for Kirkegaard, he got an unexpected reaction from fans.

“People loved hearing about the houses, but what got the most response was when I shared bits of info about neighborhoods, the local scene, and hidden gems to discover throughout Nashville,” said Kirkegaard.

He loved the feedback from viewers, it made him think about why people move to a city like Nashville, and he realized it’s not just for gorgeous homes.

“People move to a city like Nashville for the culture: the local music,, the culinary scene, and a thriving small business base. The vibrance of the city seems to hinge on the strength of the local businesses…” he explained.

With this in mind, he came up with his latest segment, which takes viewers away from property and behind the scenes at one of his favorite city hangouts, a local winery and bar called Love & Exile.

Watching the new clip, it’s easy to tell how passionate the real estate expert is about his city. He talks about Nashville with a feeling of true joy, drawing a connection between the city, living there, and accomplishing your own version of the American dream.

How the Founder Found Success

Matt Kirkegaard hasn’t had an easy journey to success. When he moved to Nashville from Wyoming at a young age, he was intent on making it in the music scene and had already turned down an invitation to The Juilliard School and had his heart focused on country music.

However, he ended up homeless for over a year before regaining his footing and getting his real estate license in 2015. After six months, he was named as a top 10 agent in the state’s highest-volume real estate office. By 2018, he had launched the real estate agency that would eventually be renamed Movement Property Group.

Kirkegaard has always been a deep thinker, dedicated to giving back to his community. He funds a project with his own commissions, the LiftUp Initiative, which provides rent and mortgage assistance to local families that are in need through no fault of their own.

Each segment of Kirkegaard’s engaging series reveals a corner of Nashville that would make anyone want to visit. He shows off a city that’s as high-energy as it is hip and vibrant.

In the latest segment, he walks us through the East Nashville winery, with cozy fireplaces scattered inside and modern-looking fire pits to sip Sauvignon Blanc beside.

He takes us behind the bar to interview manager Mackenzie Tierney-Smith, who explains a bit about the bar, its wines, events, and more. The back-and-forth between the two friends is natural and unscripted, peppered with laughs and jokes.

The segment is getting a good response so far, and obviously, viewers are interested in the East Nashville area. We hope to see more of the area’s other hot spots in future videos.