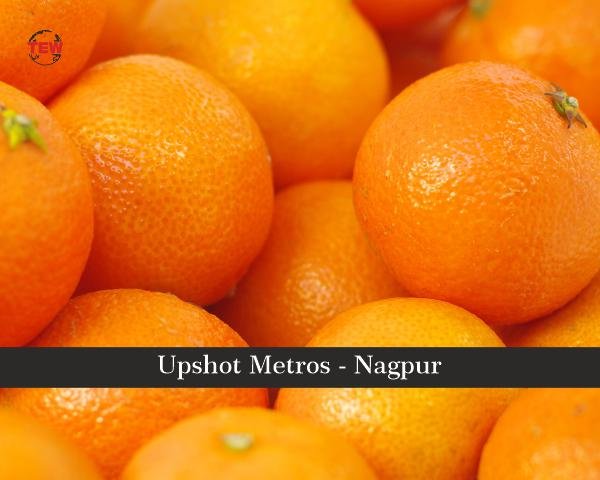 Nagpur, the metro city in the state of Maharashtra is also known as ‘Orange City’. Nagpur is the third-largest city in Maharashtra after Mumbai and Pune. It is also called the ‘Tiger Capital’ of India. The Gond dynasty established The City and afterward the Bhosales of the Maratha Empire had assembled their kingdom.

Nagpur, which is the winter capital of Maharashtra, is fast developing and is the third-largest city in the state. According to the 2011 census, the population of the city was 24 lakhs 5 thousand 421. The geographical area of the city of Nagpur is the 13th largest in the country’s urban areas. Recently, Nagpur has been recognized as the cleanest city in India and the second greenest city. In 2002, the city of Nagpur completed 300 years of its founding.

The City is the 13th largest city in India and 114th in the world. About half of the population of Nagpur speaks Marathi. Nagpur is famous for its oranges. Therefore, The City is also called the city of oranges. Recently, the city has received the award for being the cleanest and most beautiful city in the country.

The City is considered the second-largest city in India in India. The City will be counted in the metros soon due to the increasing infrastructure. The city of Nagpur was founded by the Gond state. Then he joined the Maratha Empire after King Bhonsle. In the 19th century, the British made The City the capital of Madhya Pradesh and Berar.

Nagpur the orange city of India is located in the state of Maharashtra in south-western India. Geographically it is located almost in the center of India. It was founded by the Gond king Bakht Buland in the early eighteenth century. The City was a princely state of British India. Which, during Peshwa Bajirao I, Raghuji Bhonsle made his capital. After 1761 AD, Bhonsle of The City woke up to rule it independently.

It came under British influence in 1817 AD. In 1854, Lord Dlhauji seized the princely state of Nagpur as heir to the King of Nagpur and made it part of the British Empire, and auctioned the precious gems and ornaments of the dynasty there. Presently, a fort and other bhavnadi of the reign of the Bhonsle dynasty are located in The City. In 1861, it was made the capital of the Central Province, which remained until 1956 AD.

After independence, the state reconstruction made The City the capital of Maharashtra. Nagpur is a major center of nationalist associations. Nagpur is named after the Nag River. This river passes through the old part of Nagpur. There are a river and a serpent on the sign of the Nagpur Municipal Corporation. Nagpur is famous for oranges and is also known as Santra city. And due to the presence of a snake in Nagpur, Nagpur is named Nagpur.

A Must Visit Places in Nagpur the Orange city of India

After forests in The City, Navegaon Dam is the most popular thing in Vidarbha. Kolu Patel Kohli is appreciated for building this dam. The dam, which is more than 300 years old, has a sanctuary called ‘Dr. Salim is a bird sanctuary.

Sitabuldi Fort is an important monument in the city. This fort is one of the most important landmarks in the history of India. This fort is in the middle of the double (twin) mountains. The fort was built by a British officer during the uprising of 1857. The fort is built on the memories of those who lost their lives in this revolt.

The fort of Ramtek is famous for the legend associated with it. As stated in the legend, Shri Ram along with his wife Sita and brother Laxman stayed in this place to rest. This temple is more than six centuries old. Sitting here, Kalidas wrote his epic ‘Meghdoot’.

Thousands of pilgrims and tourists visit the land every year for initiation. There is a Buddhist stupa that is 120 feet long. Hundreds of Dalit people have come to this place. He accepted Babasaheb Ambedkar as his leader and embraced Buddhism. This day is celebrated as ‘Ashok Vijay Dashami’.

Dragon Palace is a large, iconic temple that covers 10 acres of land. In this temple, a large statue of Lord Buddha is placed on the first floor of the hall. This temple is located in the satellite city, which is known as ‘Comp Tea’. It is also known as the ‘Lotus Temple.

An economic hub of north-eastern Maharashtra

Nagpur the orange city of India is world-famous for Oranges. Oranges from The City and nearby areas get exported in many countries around the world. Being forefront in the business of oranges, The City got its unique identity, The City of Oranges.

MIHAN the industrial sector in The City contributes a large amount to the economy of India. Infosys has started its facility’s construction in SEZ. AIR India also has its facility in SEZ constructed by Boeing.

The food sector in The City has always been in talks worldwide as it is a home for many food brands. An Indian world famous snacks company Haldiram’s is from The City. An ice cream company named Dinshaws, a spices company Suruchi International are originated from The City. Ayurvedic Products from India are helping the world for better health without any adulteration. The City is a home for such big brands as Vicco and Baidyanath. The City is a place where all the communities with different languages, cultures, and traditions live together in a healthy and peaceful atmosphere. One should visit The City to explore different geographical, economic, and cultural aspects of India.

Hyderabad – A City Of Pearls

PrevChicago – City That Feels Like Home
Dhaka – A Heritage CityNext