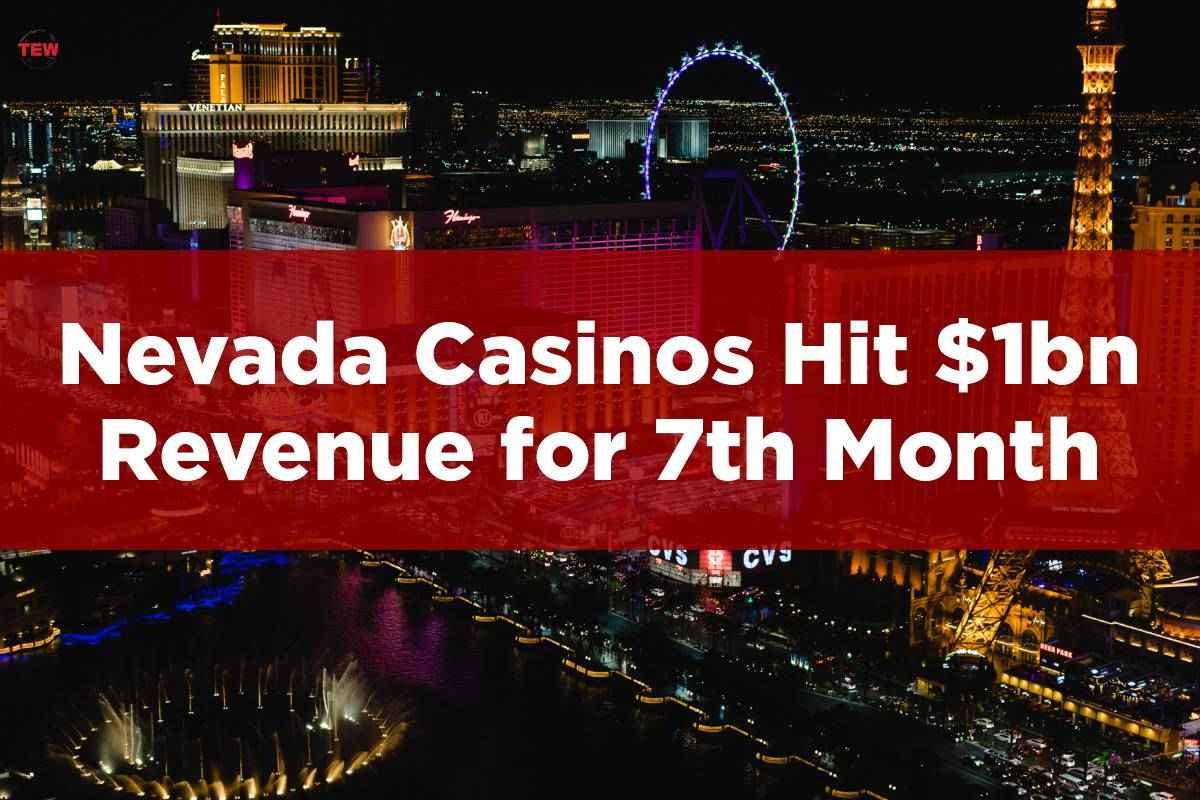 The Nevada Gaming Control Board recently released interesting figures. According to their reports, Nevada Casinos earned $1.17bn in August. This is a dramatic improvement from the $625.7m recorded in August 2020.

At that time, land-based Nevada Casinos were closed, and bettors fully relied on online casinos. Although the August 2021 numbers are pretty great, they are lower than the $1.36bn recorded in July. However, July was an all-time record.

This is the second-longest streak in which Nevada casinos have gone beyond the $1bn mark in revenue. It has gone on for seven consecutive months. The longest streak happened 15 years ago. It ran from November 2006 to May 2007.

Although the gambling industry has been facing plenty of challenges since the onset of the pandemic, Nevada seems to be on an impressive rebound. It has exceeded $1 billion for seven months in a row.

The Strip Leads the Way

The Las Vegas strip has been bringing in impressive revenue even when the industry was still staggering. It is no surprise that it is still the biggest contributor to the state’s gambling revenue. In August, it contributed $627.5 million of the gaming win. This accounts for 53 percent of the state’s total.

Between July and August 2021, sports betting in Nevada went up 4.3 percent. It rose from $410 million to $427 million. However, it dropped ten percent from the $475 million recorded in August 2020. The leader of the monthly handle was baseball. In August, it generated $227.62 million in action. The NFL and football season also increased November numbers.

According to the Reports by Nevada Gaming Control Board, Nevada Casinos earned $1.17bn in August

The gambling industry in Nevada is the state’s biggest employer. It is an important contributor to the economy and supports more than 450,000 jobs. Although the state is trying to diversify its economy, the truth is that many people still rely on the industry.

In the last few years, Nevada’s gaming and tourism industry has been growing. It is no surprise that it has hit the billion-dollar mark this year. There are more betting opportunities, and gambling activities have become more widely accepted. Here are other top contributors to its success.

1. The Growth of Online Casinos

The leading providers in the industry already have live dealer games. They are convenient and simulate the experience of playing in a land-based casino. There has been a boom in mobile games as well. The quality of mobile apps is better, and there is a wider penetration of smartphones.

2. It Is a Tourist Attraction

Nevada is a tourist attraction, and it is no surprise that it attracts casino lovers from all over the world. Las Vegas is the home of retail sports betting. People come from all parts of the country to see its sportsbooks.

Unlike in other parts of the state where mobile betting contributes up to 90 percent of the sports betting revenue, it made up only 69.4 percent of the state’s August handle. Mobile sports betting in Nevada accounted for $296.48 million. This was a 22.5 percent rise from July’s $241.95 million. However, it was a decline from the $305.19 million recorded in August 2020.

Compared to other states, Nevada had the second-highest wagering handle in August. Following the re-opening of land-based casinos, it is no surprise that visitors are already frequenting Nevada casinos.

March Madness has been an important contributor to the success of the industry. A lot of Nevada’s gambling success in 2021 was the result of the action in March. The NCAA’s March Madness Tournament triggered a 350 percent increment on bets compared to when it was held last year.

Nevada sportsbooks’ total sports betting handle was $640.7 million, and the total revenue was an impressive $39.3 million. It was a considerable rise from the $37.9 million loss recorded last year.

The third quarter was pretty good. It helped propel Nevada to its current success. The total gaming win hit $1.158 total, and almost every aspect of the gambling industry recorded incredible improvement.

The success continued to September when Clark County sought over $1 billion in revenue. It was an improvement of over 50 percent from the same month last year.

The Strip recorded even better numbers with an over 80 percent rise from September 2020. The region’s earnings hit more than $640 million. With $73 million in gaming wins, Downtown Las Vegas had over 41 percent more than at the same time last year.

According to the Nevada Gaming Control Board, the state recently hit its second-longest streak in history.  There are plenty of reasons why it continues to do well. If the trend goes on, Nevada may soon hit a new record.

PrevHOW TO DISTINGUISH THE FAKE FROM THE LEGIT ONLINE CASINOS
What Does it Take to Become a Successful Medical Professional?Next