The Nobel Peace Prize 2020 has been announced to the United Nations World Food Program. 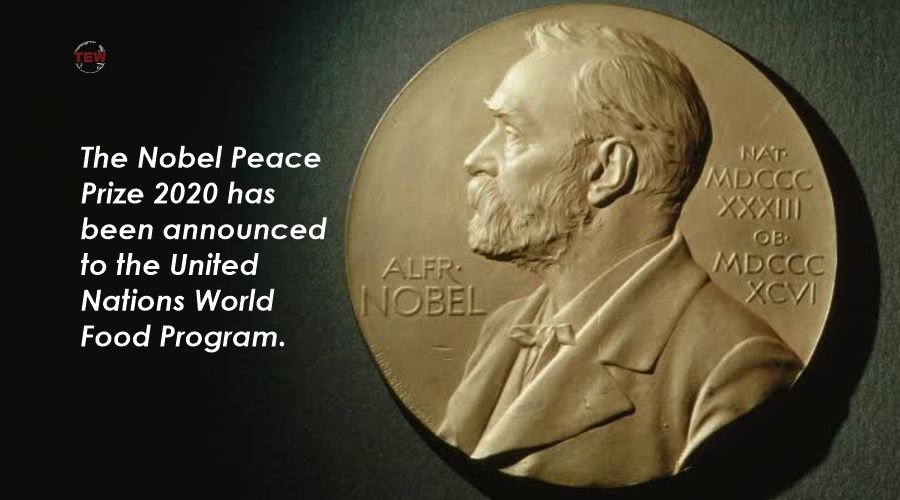 Norway’s Nobel Committee has decided to award the World Food Program (WFP) the 2020 Nobel Peace Prize. The organization has been fighting hunger since 1961. Fundamental power can be given to the world’s large population through food security.

The Nobel Prize 2020 is awarded a gold medal, one million Swedish kronor (about 8.27 million). The Swedish krona is the currency of Sweden. The award is named after Swedish scientist Alfred Nobel. Earlier this year’s Nobel Prize was announced in several fields, including chemistry and physics.

Emmanuelle Charpentier and Jennifer A. Dodna will be honored with the Nobel Prize. This award is being given to him for his discovery of a method of genome editing. The announcement was made by a committee of the Swedish Academy of Sciences. Scientist John B., who made lithium-ion batteries last year. John B. Goodenough, M. Stanley Whittingham, and Akira Yoshino were awarded the Nobel Prize.

The Royal Swedish Academy of Sciences has decided to award one part of the 2020 Nobel Prize in Physics to Roger Penrose and the other part jointly to Reinhard Genzel and Andrea Gage. Roger Penrose has researched how the General Theory of Relativity can be predicted through black hole formation. Reinhart and Andrea have discovered a supermassive compact object in the center of the Milky Way galaxy. He will be honored with the Nobel Prize for his contributions to physics.

PrevImportant news for debit-credit cardholders, new rules of the transaction will apply from 1st October
Jet Airways gets a new buyer, may fly again soon!Next