What is NFT’s? Things You Should Know 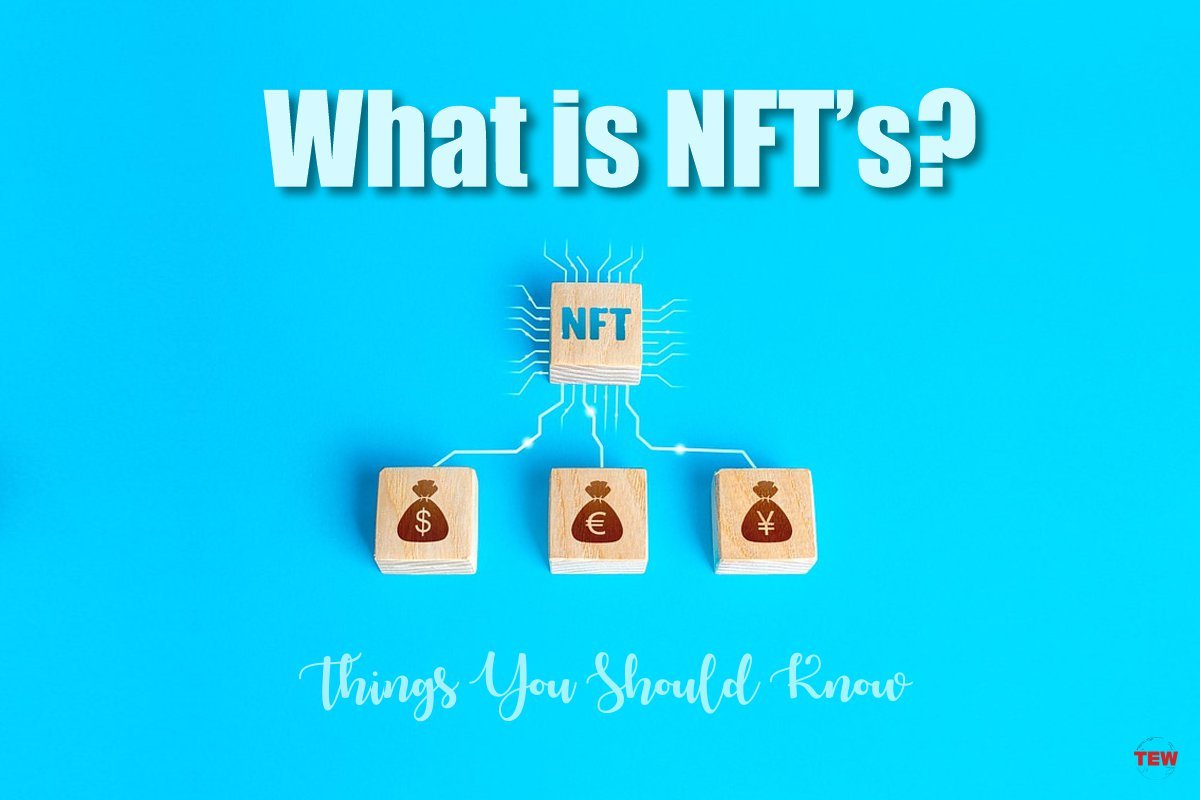 You must have read quite a lot of Instagram posts on what are the best NFT’s to invest in? While there are many play-to-earn crypto games available in the market, NFTs are rising with rapid speed. There are many artists who have launched their own NFT’s and are being sought after in this world of crypto.

The Non-Fungible Tokens popularly also called the NFT’s are basically cryptogenic assets on a blockchain. These assets are known to have unique identification codes and different metadata which distinguish them from each other.

The surge in cryptocurrencies and their trading has people drooling over the possibility of earning millions. But even though the Non-Fungible Tokens’s are in fact cryptogenic assets, these cannot be traded or exchanged at an equivalency. The main difference between a non-fungible token and a fungible token is that fungible tokens like cryptocurrencies can be used as a medium for various commercial transactions.

Each of the Non-Fungible Tokens is built differently and has the potential for several use cases. An easy example of this could be that the NFT’s are an ideal medium for you to represent physical assets digitally like your artwork or even real estate. Since the NFT’s are based on blockchains, these can also be used to remove any kinds of intermediaries and directly connect the artists with audiences, and apart from this, they can also be used for identity management.

Significant factors that have made Non-Fungible Tokens so popular are that they can remove the intermediaries, make transactions easy and simple and also create new markets.

Much of the current market that deals with Non-Fungible Tokens’s is centered around simple things and collectibles like digital artwork, sports cards, and rarities. Among these, the most popular category is that of NBA Top Shot. The NBA Top Shot is a place that collects non-fungible tokenized NBA moments in the form of a digital card.

Diving Deep into the World of NFT’s-

The fact that cryptocurrencies are fungible makes them suitable to use as a secure and valid medium for any kind of transaction in the digital economy.

The presence of NFT’s has substantially shifted the whole crypto paradigm. Since each Non-Fungible Tokens is unique and irreplaceable, it is impossible to value these NFT’s as equivalent to another NFT. To break it down in simple words, NFT’s are the digital representations of certain digital assets. These have also been likened to digital passports as each token is different and contains a unique non-transferable identity that is distinct from the other tokens.

Another unique quality of the Non-Fungible Tokens is that it is extensible, which means that you can combine two NFT’s with one another and “breed” an third, different NFT.

Like Bitcoin, NFT’s also gives you the details of the ownership which makes it easy for identification and transfer between two token holders. Like artists can sign their digital artwork with their own signature in the metadata or a fair trade between tokens representing coffee beans.

One of the most famous use cases of NFT was that of cryptokitties. Cryptokitties was launched in November 2017 which is primarily a digital representation of cats with unique identifications on Ethereums’s blockchain. In the cryptokitties, each of the kitties was unique and had its price in ether. These kitties reproduce among themselves and produce new offspring. These offsprings then have different attributes and values from their parents.

In a short few weeks of its launch, cryptokitties had collected a huge fan base and people spent $20 million worth of ether in purchasing, feeding, and nurturing the cryptokitties.

The cryptokitties may sound like a menial and a trivial use case of the NFT’s, there are some ideas that have succeeded and proven to have more serious business implications. Some of the NFT’s are used for private equity transactions and for some real estate deals too. By implying and enabling several types of tokens in a contract, one can provide escrow for different types of NFT’s, like artwork, real estate all into a single financial transaction.

As NFT’s have opened up new and exciting possibilities for investors, one of them is the creation of various new markets.