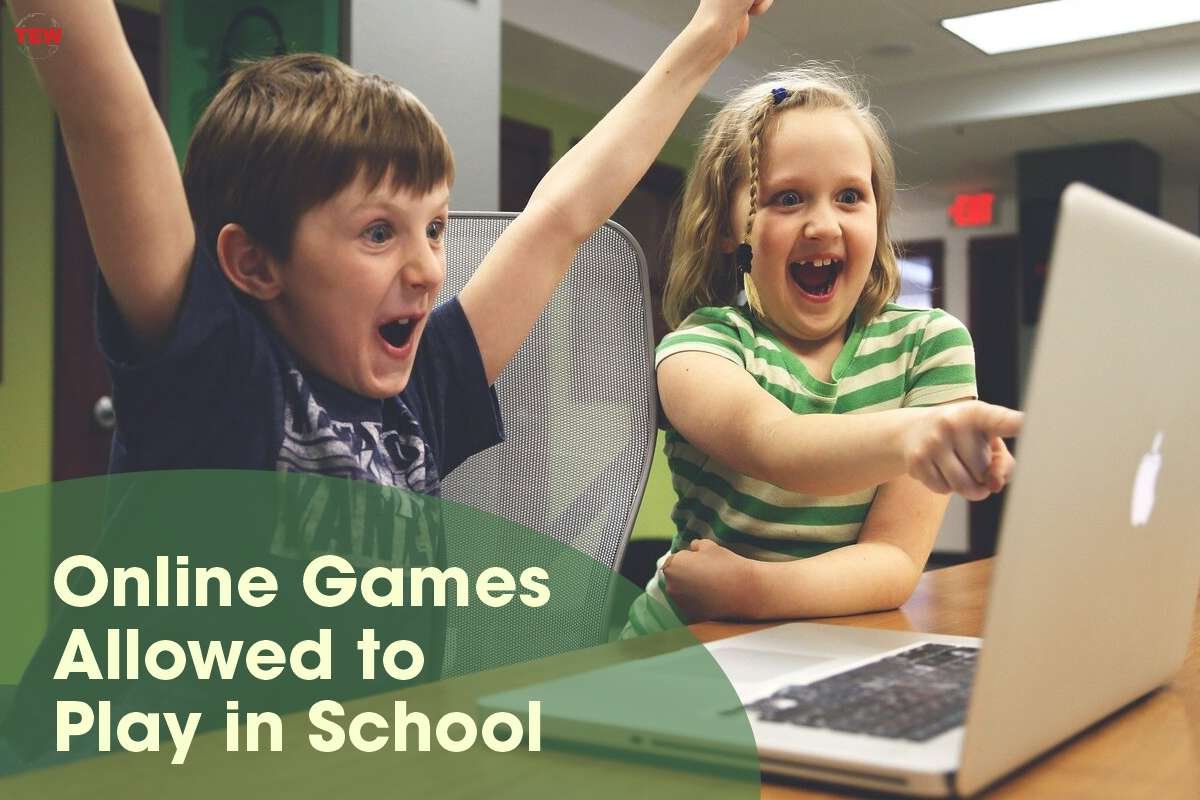 Below are the best unblocked games allowed to play in school!

1v1.LOL is one for you if you’re on the hunt for a battle royale with unlimited skins, emotes, vehicles, maps, or battle passes. This is a mobile-friendly third-person shooter in an eight-player battle royale mode. Forget spawning empty-handed. Here, you spawn with a gun and endless ammo! To improve your gaming experience in 1v1.LOL, you can try using a Ping VPN. This will help to improve your gaming experience.

Repair the ship and find the impostors among you while they murder your crewmates and destroy your spaceship. Oh, wait! Be observant and cunning. Your friends might play some of them, and they are opportunistic, stealthy, and deceptive!

If music and rap battles are your game, then Friday Night Funkin’ is the games’ name. It is an open-source arcade rhythm game. The Newgrounds users, Cameron “Ninjamuffin99” Taylor, David “PhantomArcade” Brown, Isaac “Kawai Sprite” Garcia, and evilsk8r, developed it, was released on October 5, 2020, and had around 2000 uploaded mods to date.

Quick! Click all the small red ‘o’s before they consume all of the texts on the screen on Zerg Rush! Then, watch out! Don’t hit the wall by using the arrows to move and feed your snake while playing Snake Game. However, with Atari Breakout, you’re allowed to break the walls with the bouncy ball, keeping it floating with the blue bar.

Don’t be sad when you’re offline. T Rex Dash will keep you entertained. Open your Chrome browser and tap the T-Rex when it appears. Tap anywhere on your iPhone or Android phone to make it jump. Hit the spacebar if you’re on your laptop.

Be careful when you drive your wheels (cart, wheelchair, anything). Any challenge, like a vehicle chasing or a Pokemon attacking you, can happen anytime at any stage. In addition, don’t get confused because you can use your character to drive your carrier or jump out of it. Making mistakes will get you dismembered.

Happy Wheels, a physics-based obstacle course game, is available on mobile devices. With billions of online plays, be competent, but be mindful of the consequences of winning the game.

Build, mine, and explore the fantastic world of Minecraft out of the different Minecraft seeds!

Program and play Online games created by other users with Roblox, an online game platform and game creation system created by David Baszucki and Erik Cassel in 2004 and released by Roblox Corporation in 2006.

Your responsibility is to maintain your character’s integrity. How long can you remain on track as a little gray alien trespassing in a labyrinth-like space-based area with gaps and holes in two game modes?

This simple, yet challenging speed run game will get you engaged to avoid obstacles while running the ball.

Young and old enjoy this 1984 tile-matching video game created by Alexey Pajitnov for Elektronika 60 computer. It later had various adaptations. One comes in multiplayer in which you must last longer than your opponent. Other adaptations are where players can give penalties to their opponents, the game is in 3D displays, or there is a system for pieces reservations.

To play, complete lines by moving different shaped pieces, tetrominoes, that descend on the playing area for those lines to disappear by filling the gaps. The game is over if the playing area is filled.

Experts have deemed solitaire an excellent way to sharpen your puzzle-solving and strategic skills, and most schools unblock it. FreeCell, a classic solitaire game with a different ruleset than traditional solitaire, is easily playable if you know where to look. FreeCell on Solitaired has a fun version that’s playable on school computers if you’re looking to stack some suits after completing your homework!

Speaking of puzzle-solving skills, it would be a good idea to mention jigsaw puzzles as a game deemed appropriate by most educational firewalls. Jigsaw puzzles help with spatial-visual development and encourage tactile problem-solving skills, and they’re thankfully available to play unblocked. Im-a-Puzzle has the best jigsaw puzzles out there, not to mention plenty of difficulty settings so you can ensure you’re getting a challenge.

Why do schools block online games?

Children and adults are immersed in video and online games even before the advent of the COVID-19. Long before it plagued the world, schools and even workplaces already blocked online game sites.

PUBG (PlayerUnknown’s Battleground) had been banned in India, China, Pakistan, Afghanistan, Korea, Jordan, Nepal, Israel, and Iraq. It has been petitioned in Pakistan when a 14-year-old shot 4 family members. It also had 3 cases of suicide due to PUBG Mobile-related stress. However, it was back in India with fully-clothed avatars, no bloodshed, and restricted game time, unlike its predecessor. Many countries and schools still have not banned this game.

Online game sites are deemed harmful because students become addicted to them. This addiction leads to different effects from health problems and messing with studies to committing crimes. This made the schools block those Online games and sites.

Nevertheless, online games like solitaire also have benefits of their own. As long as students, with parents’ supervision, know how to manage their time in playing the game and stay focused on their studies, they would never worry that schools would ban online games.

Too much or too little of something is harmful. It just takes discipline.

Prev5 Tips To Improve Data Center Efficiency
What is NFT’s? Things You Should KnowNext