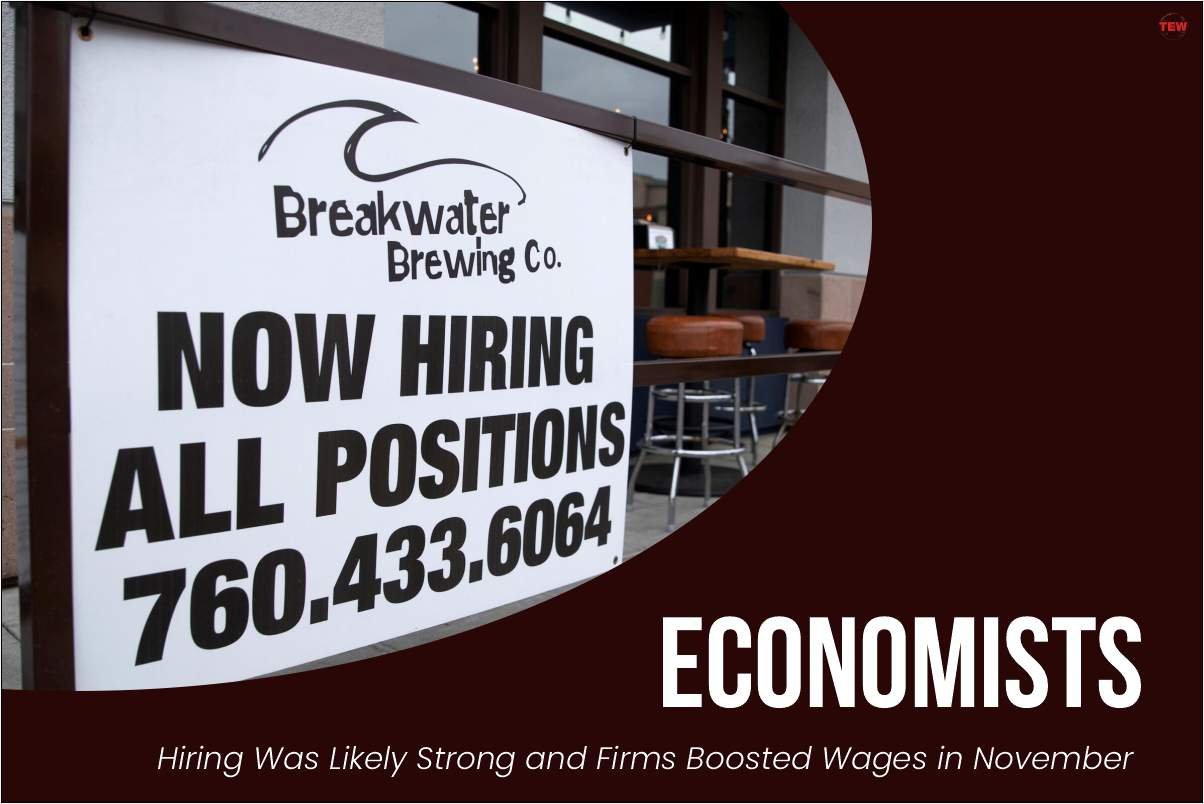 In November, job growth is predicted to have been solid, and companies are likely to have continued to raise pay to attract and keep workers in an extremely tight labor market.

According to Dow Jones, economists predict 573,000 jobs were generated last month, up from 531,000 in October. The unemployment rate is predicted to have dropped to 4.5 percent from 4.6 percent, with average hourly wages increasing by 0.4 percent every month or 5% year over year.

“It looks like it was a really good month, and we’ll see if we can sustain it, with some pullback, which is natural with concerns about omicron,” said Diane Swonk, chief economist at Grant Thornton. “But at the moment, we’re still coming off what was an incredible month, especially for travel and tourism.”

The employment report, which will be released on Friday at 8:30 a.m. ET will be a key input for the Federal Reserve’s December 14 and 15 meetings. Fed Chairman Jerome Powell suggested earlier this week that the central bank may accelerate the reduction of its $120 billion per month bond-buying program, which was put in place to keep the economy afloat during the crisis. He said the Fed will talk about the acceleration at its December meeting.

The Dual Mandate of Fed’s

Because one of the Fed’s twin goals is full employment, analysts will be monitoring the participation rate in the November employment report attentively to see if it climbs. This indicator measures the percentage of the eligible workforce that is employed or actively looking for employment, and in October, it was 61.6 percent.

Swonk estimates that 750,000 jobs were added in November, which is more than the consensus estimate, and that the unemployment rate decreased to 4.4 percent. Wage growth should be substantial, according to Swonk, as firms try to attract workers in the face of rising pay from Amazon and other companies.

“It’s a hot employment market,” she added, “and there’s a rise in demand beyond anything we’ve ever seen.” According to the internet employment portal Indeed, job opportunities have increased by 55 percent since February 2020.

She further stated, “There’s no immigration. It’s fallen off a cliff. The pandemic has accelerated retirements and hurt participation among some groups that normally need to participate the most. It’s far from perfect. It’s a job market that has a collision of demand surging with constraints on supply.”

In November, wage increases were most likely to be seen across the board. “We’ll see gains on the low end, but the higher end, professional services, is really hot,” Swonk said. Based on private sector statistics and weekly jobless claims data, Luke Tilley, chief economist at Wilmington Trust, estimates that 300,000 jobs were generated in November.

Is There a Greater Context Behind the Jobs Report?

As it tries to determine what will be typical for the labor market post-pandemic, Tilley said the Fed would seek explanations for the employment report’s weakness or strength. “If it’s weak because there’s still no labor supply, that’s very different for them than weakness because demand is petering out,” he said. “I think the Fed, the FOMC, is probably spending more time getting their arms around what does a full recovery of the labor market mean.”

Investors, on the other hand, will assess the employment report data in light of what it means for Fed policy. The financial markets have been watching for any details that may influence the central bank’s timing for ending its bond-buying program, which is presently set to finish in June 2022.

When the Fed’s bond purchases finish, the door will be open for interest rate rises. Because Swonk expects the Fed to accelerate the reduction of its asset purchases due to higher-than-expected inflation, the pay component of the employment report will be crucial.

According to David Petrosinelli, senior trader at InspereX, the employment report data will have little influence on the market unless it is extremely strong or poor. The yield on the benchmark 10-year Treasury, which was 1.44 percent Thursday afternoon, was cited by Petrosinelli. Yields move in the opposite direction of price. After the first reports of Covid’s omicron version last Friday, yields fell dramatically.