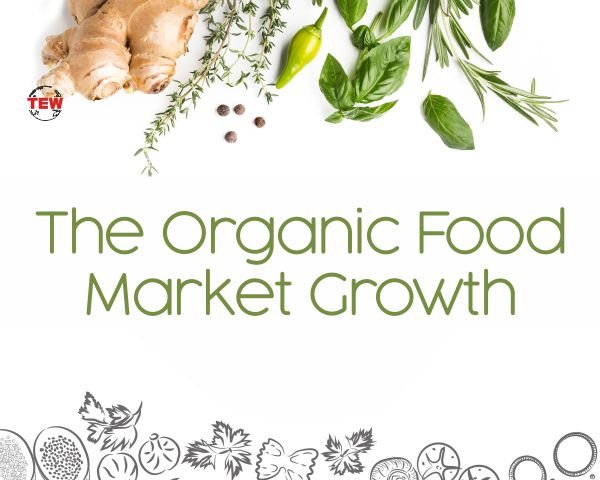 The Global Organic Food Market Growth is Expected to $320.5 Billion by 2025

There has been a growth spurt in a lot of industries and sectors. The sudden spike in the demands for certain products and services is not confined to a few industries or fields. Many new fields and industries have risen and taken a permanent place in our daily lives. There have been so many products and services that have come recently but have become such a vital part of our daily lives that we feel it has been there since the beginning.

For example, touch screen phones were launched in 1992, later the domain revolutionized when Apple launched the iPhone in 2007, and then the market got filled with touch screen phones. Now when we look at it almost everyone uses a touch screen phone as it is readily available and cheaper as there is tough competition. Coming back food is something for which every one of us is working for and the food industry changed since Organic food came into the picture.

The demand for organic food has risen

We all want better in life, we want the best comfort, best technology, and other luxuries. But why would that mean one does not take care of their health and not provide one with the best nutrition and that too of purest quality and standard.

Organic farming was started in the 1900s and became popular around 1960s. It gained momentum and recently health has been becoming a top priority as a lot of awareness has been spread about it and people are understanding the importance of being fit and healthy. This has led to an exponential growth in the organic food market as the demands have risen and once people are consuming it, they could easily spot the difference in purity and effects of the same.

Organic farming not only benefits the consumers but also the environment as it decreases nitrate leaching into groundwater, reduces soil erosion, using fewer pesticides, etc.

Growth of the organic food market

All the factors not only make organic food favorable but also make it a good source for job creation as a sudden increase in demand requires more farms and thus more farmers.

Organic farming is not only confined to crops like fruits, vegetables, dairy, poultry, or even Shrooms Canada organic mushrooms and even beverages such as tea, coffee, beer, wine, etc. can be organically farmed and grown. This not only gives the consumers a better tasting food/beverage but also the best quality, and the producers a good source of income and also creates a requirement for those who wish to do the same.

The Global organic and beverage market is expected to be reach around $320.5 billion by 2025. Furthermore, with awareness and low cost of production, organic farming is reaching developing countries, raising their standard of living and the opportunities it holds with it for the people. Organic farming is not only a boon for the people but also a boon for the unemployed and the farmers alike.

Agriculture as a Career Choice

Agriculture has been there since the beginning of mankind but there have been additions to technology and methods used to do the same. With organic farming, we not only give ourselves good quality food but also help the environment which has been always giving and taking care of us. We must never forget about taking care of our health and body as a well-maintained machine will always go a long way, and our body is no less than one. It is high time we look at our fitness, and also fixing the social and economic problems along the way.

Farming is a very good career choice too and with the amount of organic food demand and the growth projections, one will never run out of a job. We should never forget about our surroundings and our environment as we all have our time on this planet and what we leave for our generations is what matters the most.

Prev4 Innovative Technologies That Can Shape Businesses In 2021
Patients in Need of Diagnostic Tests Are Avoiding Pathology Labs Due to COVID Fears: DoctorsNext