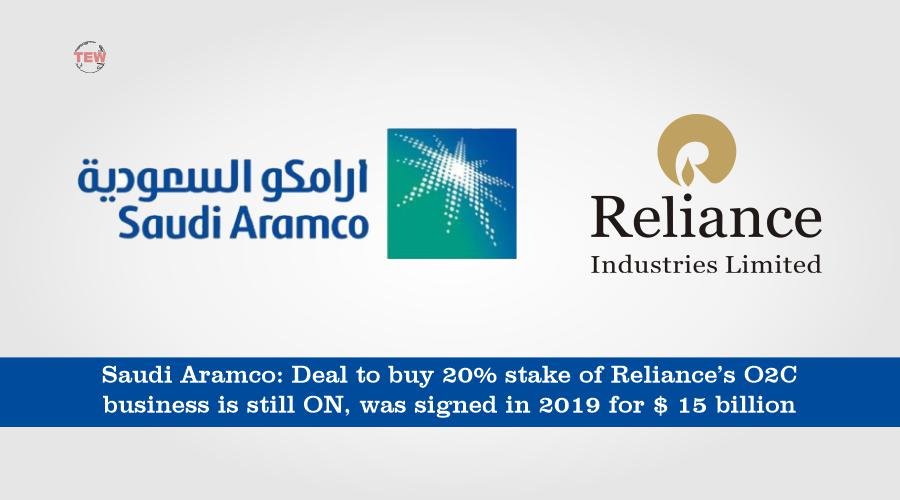 Saudi Arabian state-owned oil company Saudi Aramco says that work is on to buy a 20 percent stake in Reliance Industries Limited (RIL). RIL had sold the sale of its oil-to-chemical (O2C) business to the world’s largest crude oil producer for $15 billion.

Speaking to the media after the financial results were released on Sunday, Saudi Aramco CEO Amin Nasir said, “We are still in talks with Reliance.” Work on this deal is in progress. We will inform our shareholders about the Reliance deal at the appropriate time. In the second quarter, Saudi Aramco’s profit fell 73 percent to $ 6.57 billion. There was a 50 percent decline in the net income of the company in the first half.

In the last financial year, RIL had announced to sell 20 percent of its O2C business to Saudi Aramco.

At Reliance Industries AGM on July 15, Mukesh Ambani said that we value our 2-decade-old relationship with Saudi Aramco and are committed to long-term partnerships. We will propose to close our O2C business as a separate subsidiary to the National Company Law Tribunal (NCLT) to facilitate our partnership opportunity.

PrevAir India Express Plane Crash in Kerala: 18 Dead including Both Pilots.
Get known to the Russian Covid-19 vaccine ‘Sputnik V’ in 7 pointsNext