Sharjah – A Symbol of Culture, Intelligence, and Architectural Revolution 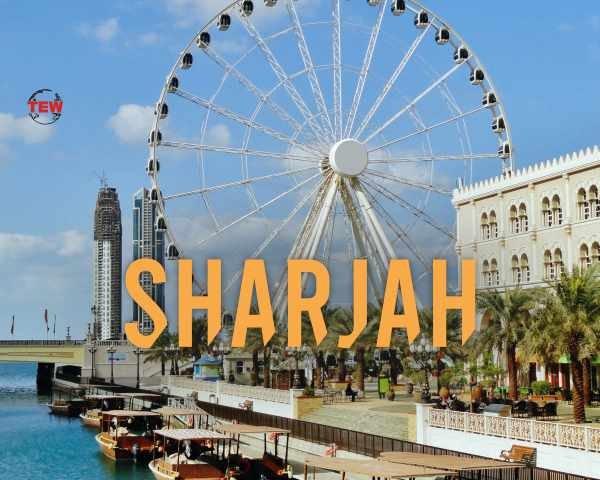 We all have at least one friend who has posted pictures of Sharjah on social media. We also get jealous of those pictures and plans to visit Sharjah. Here is our special editorial feature that can help you in your tour to The City. Sharjah is the third largest populous and largest emirate in the United Arab Emirates and because of its cultural connection, millions of tourists visit the city. It is the capital of Sharjah Emirate and shares all types of political, cultural ties with the rest of the Emirate. The City is geographically adjacent to Dubai and many people work in Dubai and live in Sharjah, so it can be considered a comfortable suburb.

The City has a history of years when it was one of the richest cities in the Gulf region. The city had a very small population at that time and its source of income was related to economic activities such as trade, agriculture, hunting, fishing and pearl farming.  In the 16th century, the Portuguese conquered the eastern coast. The city became slightly unstable, as the Portuguese conquered the east coast. Forts at Khor Fakkan, Kalba, and Dibba were built at his command. Subsequently, the Dutch tried to dominate the region for the same reason.

The main triggering point for the growth of city was in the 18th century. The British came to this area and started trading with the Qawasim, the ancestors of the family of The City. Europeans preferred the Gulf and the Red Sea to link the main course of communication between the Mediterranean and India.

In the early 18th century, the ruling Qawasim became a strong maritime force in Sharjah and Ras al Khaimah. In 1804, Sultan bin Saqr bin Rashid Al Qasimi became the Sheikh of The City. These ancestors of the current ruler ruled Sharjah for more than 50 years.

The city was the regional base of the British RAF until 1971. The British presence in the city officially ended after the founding of the United Arab Emirates. On December 2, 1971, The City became a founding member of the United Arab Emirates. In 1972, His Excellency Dr. Sultan bin Mohammed Al Qasimi succeeded as King of The City. In the same year, the oil was found at a distance of 3 km and in the Mubarak oil fields near Abu Mausa island. Oil production started two years later, and gas drilling began in the 1990s.

The City is known for its commitment to the preservation of art, culture, and heritage. In 1998, Sharjah was awarded by UNESCO as the cultural capital of UAE. The city has become a major centre of education. In addition, it has many museums, parks, an aquarium, an Arabic wildlife centre as well as many modern facilities for visitors.

The sale, possession and consumption of alcohol is banned in Sharjah. It is the only emirate that restricted alcohol. The city strictly adheres to the civil laws of the United Arab Emirates (started in 2001). Also, a conservative dress code is required for both men and women.

The official national language of the UAE is Arabic, however, English, Hindi and Urdu are also widely spoken in the city. Islam is the official religion, widely practiced by the Emirate. The UAE is liberal about other religions but religious activities that disrupt Islam are not permitted.

Head to The City and check out the city’s traditional food.

A famous traditional dish of UAE cheese, this special dish includes rice, meat, dried lemons and onions. Seasoned, the meat is cooked and served with a full, meal-filled rice to bring out the flavours.

It is a quite famous dish perhaps the most eaten, with an Arabic Roti and lamb or chicken meat. Usually, it contains pickles, fries, tomatoes, and garlic sauces and most of the restaurants add a little flair while serving.

This dish served with shawarma or pita bread is not a dish, but a big dip. It is also very popular internationally, which is made with gram, lemon juice, olive oil, garlic, and some salt. Its unique taste will keep you craving more!

Don’t miss the chance to travel to the Middle Eastern city of Sharjah to explore your taste buds and have a fabulous holiday experience.

The places to must visit

Sharjah Desert Park is an editing area with three sections: Natural History Museum, Arabian Wildlife Centre, and Child Farm. It helps its visitors better understand the UAE’s flora and fauna and at the same time make scientific interpretations of natural processes in a very fun way. It is situated 28 km from Sharjah Is in the distance

Al Qasba is a commercial complex that offers a great package of entertainment in Sharjah and has some dining restaurants, theaters, and the Kids Friend Zone. These include both indoor and outdoor theaters, Kids Fun Zone, Aber Rides and Al Kasba Musical Fountain, and the Ferris Wheel, which features the Emerald-Eye of Emirates, a night scene.

The Sharjah Museum of Islamic Civilization

The Sharjah Museum of Islamic Civilization is associated with Kinna in an impressive sea, allowing it to delve deeper into the roots of Arab and Islamic culture. With exhibitions spread over two floors, visitors learn rituals, artwork, textiles and more.

Sharjah Art Museum UAE is the largest art museum in the world. It is the perfect place for art lovers where one can enjoy Arab culture and heritage through impressive artwork. The main focus of the museum is to depict the art of the Arab world. There are other works of 18th-century painters who, on their travels, were inspired by the culture, architecture and environment of the Middle East.

One of the premier markets in Sharjah, Blue Souk is the perfect place to buy souvenirs and get a true Arab market experience. This market is also known to the locals as Central Souk and Souk al-Markazi.

The Sharjah Archaeological Museum, as its name implies, is a place where visitors can learn about the history of Sharjah through its archive archives. Come back in time with different sections of museums such as the Stone Age, Bronze Age, Iron Age and Greater Arabia.

Visit Old Sharjah at this place, which shows the true essence of traditional Arabic style, ancient souk and architecture built in old family homes. There are many museums in this area such as Sharjah Calligraphy Museum, Al Midfaa House, Hisn Fort, Sharjah Heritage Museum, and Suk Al Arsah.

Sharjah is a leading player in the international investment community in the UAE, which competes globally with a stable investment environment. During this period, it was compounded by annual growth rate (CAGR) of 6%, economy was growing at the rate of 3.5%. In 2016, GDP growth was recorded at 2%.

Sustainability is seen in the city’s economy which is the highest level of diversity in the region, has a strong production presence and has a number of small and medium-sized industries. The four major sectors contributing to the city’s economy are the real estate and commercial services, manufacturing sector, mining, quarrying and energy sector and ultimately wholesale and retail trade.

Foreign exchange is one of the mainstay of the UAE’s diversified economy plan. Sharjah contributes 10% to the UAE tourism economy. The city has built a huge milestone to develop a culture-related environment. The areas that are now focusing on transforming the emirate’s economy are the environment, real estate, healthcare, transport and logistics and the travel and leisure sectors. Head to Sharjah and explore how an advanced city can live with history. Without depending on oil market Sharjah and UAE turned Desert into the heaven on earth. Visit Sharjah once and find more opportunities to spread wings of business.

PrevUnusual Facts
Keep Calm and Think Out of the Box!Next