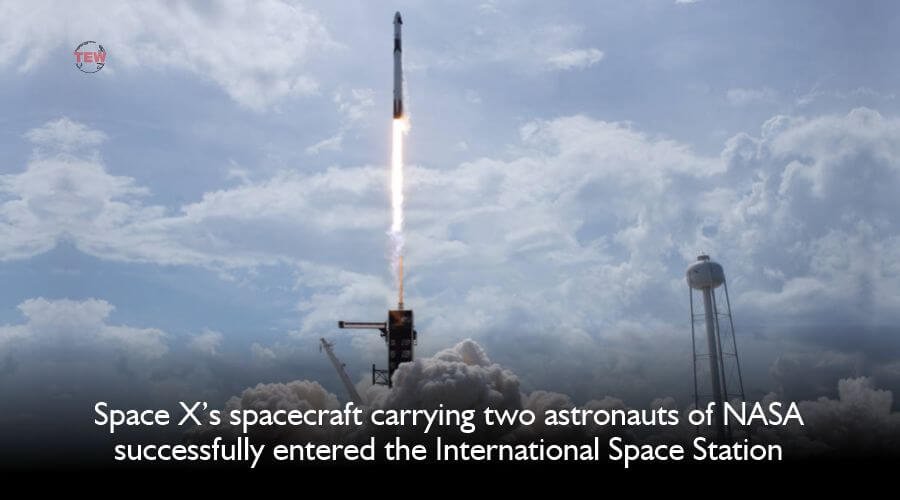 Astronauts Robert Behnken and Douglas Hurley were launched into the Crew Dragon Docks. The SpaceX Falcon 9 rocket was launched on Saturday for the historic first space trip of the private firm carrying both NASA’s legendary astronauts.

The departure of this first crew flight from US soil since the end of the space shuttle program in 2011, it was actually scheduled for Wednesday, but it was delayed due to the weather not being favorable. After this, the launch time remained uncertain until 3:22 pm on Saturday (1922 GMT) before launching.

With this launch, SpaceX became the first private company to have sent humans into orbit. Before this, only three governments – America, Russia, and China – have achieved this feat. The reusable, gumdrop (candy)-shaped vehicle is named Crew Dragon, which now took American astronauts to a 19-hour journey to the International Space Center.

This successful launch has brought joy to America, which has lost many citizens in the last three months due to Coronavirus. Earlier last week, this launch was postponed due to bad weather.

A toy dinosaur also flew space with NASA astronauts. This toy was not only sent to boost the morale of astronauts, but it also revealed when the zero gravity was created in the capsule. As soon as the gravity in the capsule became zero, the dinosaur floated in the vacuum.

Similarly, in 2019, when the Crew Dragon capsule was being tested, an Earth-shaped plush toy was placed in it to see zero gravity. At that time, Elon Musk, the CEO of SpaceX himself, gave the information by tweeting a photo of it.

PrevIndia-America may have a small trade deal in the next few weeks!
JIO platform gets another big investor, Abu Dhabi’s MUBADALA to invest Rs 9093.60 CrNext