The fans vs technology. 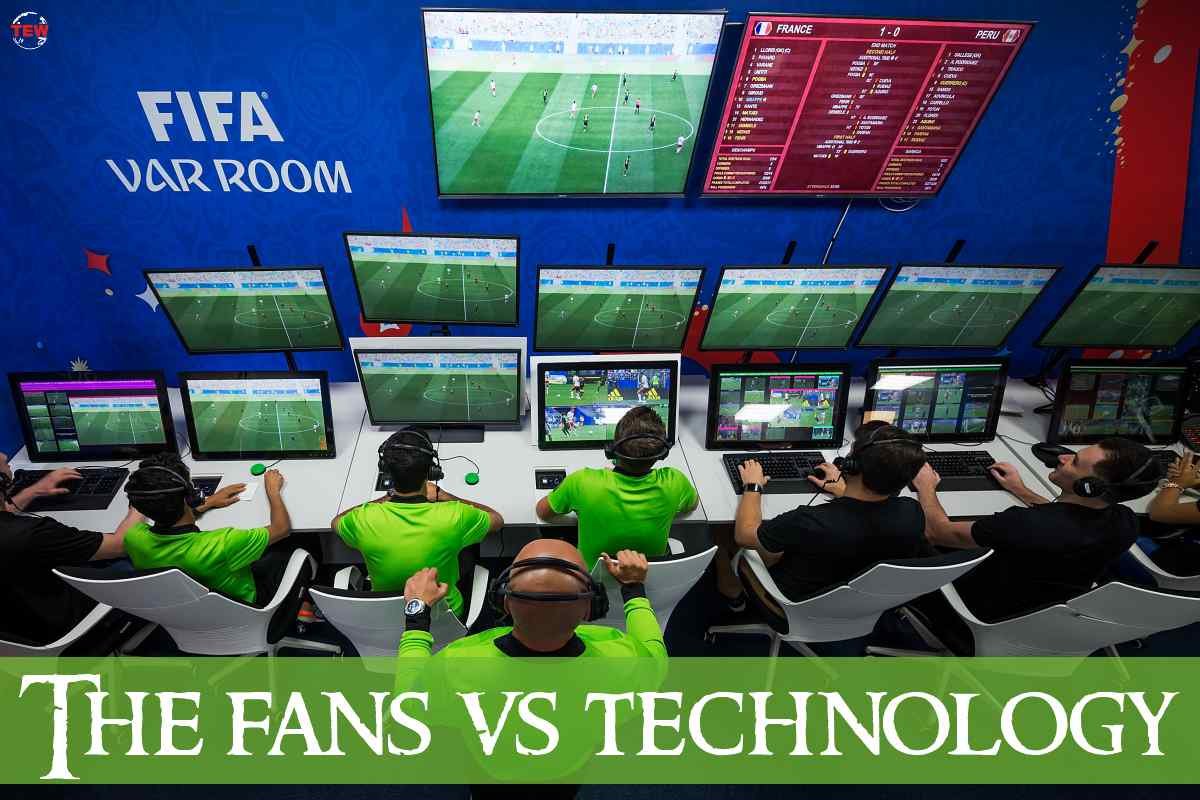 The essence of any game is that it is imperfect without the fans vs technology, the controversy created by a refereeing error or an illegal play gives the fans hours and even days of discussions that usually never come to anything but drive the passion for the game to great levels.

Lately, technology has come into the sport to perfect it. From lighter uniforms and faster balls to referee reviews on controversial plays to help the official. It is this last point that has the fans a little against the sport and even drives them away from the sport they love so much.

Equally, the excitement of the sport can be found here where you can make free bets on the best sites, with the highest odds, and in the safest way.

There are decisions that have gone down in history because they were unfair, such as Maradona’s Hand of God in ’86 or Armando Galarraga’s “almost” perfect game. Both games are remembered for bad refereeing choices, but they are historic.

The need to make the sport fairer and more equitable led the authorities to start relying on video refereeing to help referees who are human and flawed. This assistance was supposed to bring justice to the competitors, but it only created annoyance throughout the world sporting family.

Technology is supported when it is part of the athletic performance of the players. Lighter tennis shoes, bats that don’t break, clubs that give you extra yards, balls that help the strikers, sticky gloves for goalkeepers and catchers, the list goes on and on.

These types of situations look good because they add to the spectacle and make the sport more competitive and, most importantly, fun. At the end of the day, if you turn on your TV to watch your favourite team, it’s for fun and distraction.

Besides, there is a lot of passion involved, and watching your preferred team or athlete gets you emotionally involved. Every victory or defeat feels personal, that’s a bit personal.

When video refereeing was announced in various sports, at first there was a division of opinion. The first faction said it was right and would bring more fairness to the game. The other side spoke of ruining tradition and wanting to make something imperfect, but beautiful, into something perfect, but boring.

It is understood that the judge is imperfect, and the sports organisations wanted to help him to prevent wrongdoing, but in their eagerness to help, they never realised that the machines are not so reliable.

In all sports that have adopted technology to generate greater sporting justice, mistakes have been made that continue to affect the outcome, but what the fans complain about is that they have ruined their favourite sport.

The review of plays takes too long and takes away from the rhythm of the game, which makes the fans desperate. In football, a goal reviewed by the VAR makes everyone stifle their screams, only to celebrate a couple of minutes later, taking away the excitement.

In baseball, some tight play takes away that element of controversy, and fans don’t like that level of perfection. There is a song by the British band Oasis that says in the lyrics “True perfection must be imperfect” and that is what the fans are asking for.

The technology is not so reliable either in fans vs technology

Some review still relies on people behind a monitor interpreting the play with the help of slow motion and different angles, but it is still somewhat complicated because there are errors of judgement and that defeats the purpose of technology in sport.

Also, the lack of common sense abounds. In football, millimetric offsides are called. Obviously, that is what technology has been brought in for, but the fans complain that it is too rigid.

That imperfection that gives beauty to sport does not apply to an element that was brought in to help. It takes away the passion and the immediacy of the controversial play that the referee has to decide in seconds.

Technology is here to stay and surely there will be many more technological applications within sports that will help to make it more attractive, but the problem of technology in the pursuit of sporting justice affects the spectacle, and that is what has made the fans fed up a little and look for new methods of entertainment.

According to several major sports media surveys, fans have stopped watching their favourite game by a high number of 15% and the main reason is that they find the technological aids silly and take away from the excitement of the action.

This is new, and the technology is not yet at its best, surely later it will be much more reliable and faster, but until that time comes, people continue to push for it to be removed or improved.

Technology should: Stay? Or leave? Which side are you on?

Prev7 Best Promotional Product Trends You Need To Know About
What is Local SEO and What Types of Businesses Gain the Most From It?Next