One Nation One Flag, India proved it with the removal of article 370 in Kashmir. 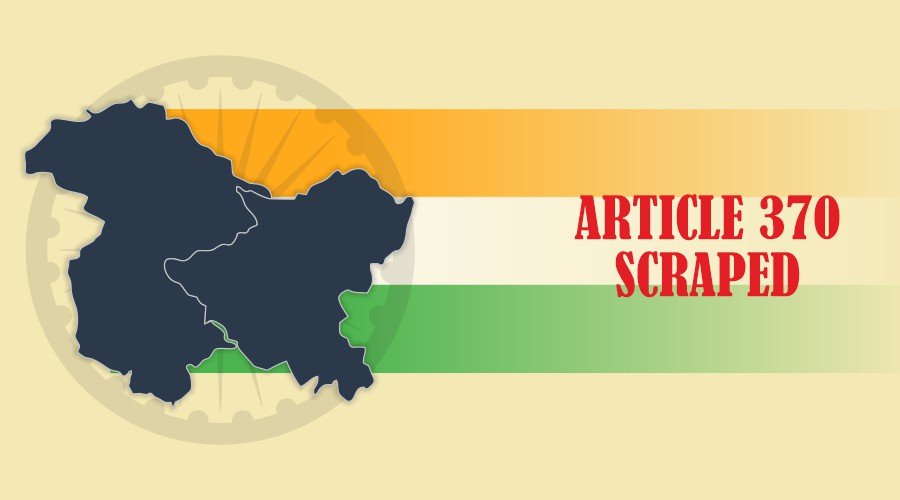 The removal of Article 370 in Kashmir

In a recent meet with Pakistani Prime Minister Imran Khan, US President Donald Trump said that the Prime minister of India, Mr. Narendra Modi requested him to be a medium for talks between India and Pakistan regarding the Kashmir issue. Later on, Indian officials denied it, and Mr. Trump had to be a victim of trolling on social media.

Amid this, the Indian Central Government sent an army to Jammu and Kashmir valley. The foreign officials, as well as Indians, were caught in suspense. Surely something big was about to happen in J&K.

Indian Home Minister Mr. Amit Shah placed a bill of removal of Article 370 in J&K on the 5th of August, 19.  A bill to separate Jammu Kashmir and Leh Ladakh into different states and make them new union territories was also placed. Indian Parliament passed these bills and J&K lost their special status given by Article 370.

Article 370 allowed J&K to create and follow their separate constitution, separate laws, host its own flag as well as handle foreign affairs separately. The dispute between India and Pakistan regarding the land of Kashmir stands for many years. The removal of Article 370 proves to be a brave decision on India’s part. It also is a direct message to Pakistan that J&K is a part of the Indian Territory.

J&K aka Swarga (Heaven) of India has suffered from terrorist practices for a long time. India stated that the removal of Article 370 is the only way to end terrorism. Pakistani PM Imran Khan mentioned that Pakistan will go to the UN for help and will take serious action on this move of India. While China accused India that India is taking decisions unilaterally regarding the disputed land of Ladakh.

Article 370 doesn’t figure in the UN resolution on J&K, as it was added in the constitution unilaterally in 1954 after many years of UN resolution. UN cannot take any action against this removal because it is the whole and sole decision of India. India can remove Article 370 whenever they want. Pakistani share market is the world’s worst-performing share market, but after the removal of Article 370, it faced a major downfall, again. While India is a rising nation; no other country will take risks to put its relations with India in danger as India has evolved as a huge market for trade.

China has been supporting Pakistan secretly because India is growing as a bigger competitor in the Asian region. In an ongoing situation, the US and China have become enemies because of the ongoing trade war. Also, the US supports no acts of terrorism.  In this situation, now what steps will the US take, and whom will they support is what everyone is eagerly waiting for.  Another important thing is to see how J&K people react to this change. It is sure that Indians must be celebrating patriotism because J&K has now become an integral part of India.

PrevUS-China trade war gets to the peak
E-Learning is Changing Education for Working Professionals.Next