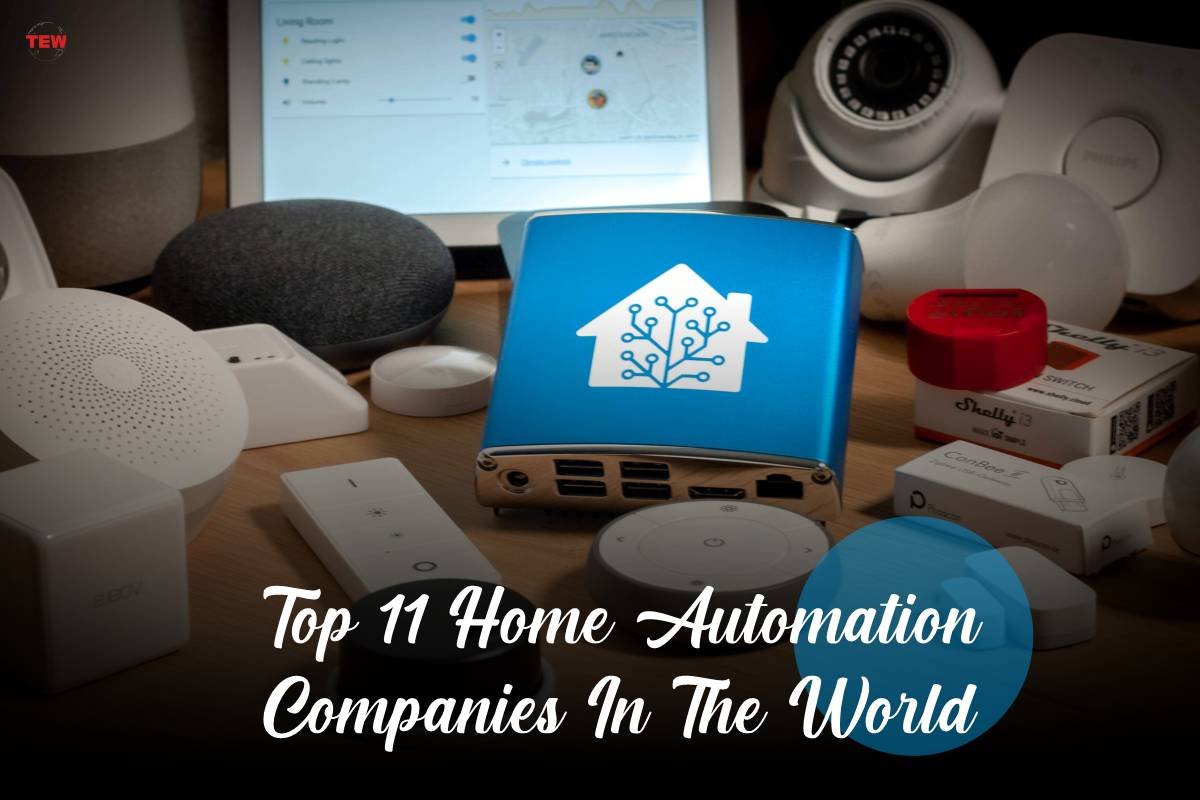 Here, is the list of top 11 home automation companies in the world:

Canary is a New York-based startup founded in 2014 by Adam Sager, Chris Rill, Jon Troutman. They in the latest round of funding has raised 66.1 Million USD funding in 2018. They specialize in Home Security systems. Few versions of Canary like the Canary Pro security camera have a Camera, Siren, and Air Monitor together in a single set-up. That’s why Canary is on the first rank of Home Automation Companies.

August Homes bring Smart Locks as the innovative product range that is dedicated to the security and technological advancements of smart lock systems. Apart from their signature smart locks, they have doorbell cameras and other accessories. Jason Johnson and Yves Behar founded August Home in 2012. There are around 55 patents registered with August Home in Locks; Keys; Windows/ Door category.

HomeSeer is the leading technology provider in the field of home automation for the last 20 years. Smart Home Hubs are a specialized product range from HomeSeer. It brings integrated automation and security controls for Lights, Garage Doors, Temperature, Door Locks, Water Valves, and Security Cameras. The company claims that its products are easy to set up, automate and handle. HomeSeer was launched in 1999 by Richard Helmke and continues to grow on a steady path of progress since then. That’s why HomeSeer is on the third rank of Home Automation Companies.

Eric Smith, Will West, and Mark Morgan together founded Control4 in 2003 to provide user-friendly networking and home automation software solutions for housing and businesses. Products and systems by Control4 have automated and secured more than 400,000 homes across 100 countries. Along with its integrated automation systems for the entire house, it has dedicated automation solutions for lighting, video, audio, camera security, etc.

Vera helps to simplify our daily complicated systems. Along with the controllers and side angled security cameras, Vera also produces Vera Sentinel (Advanced Camera Management) and Vera Easy Start (Personalized Set-up Assistance). Vera was started back in 2008, by Lewis M. Brown and is headquartered at Causeway Bay. With around 25 employees on board and a number of clients, Vera has is one of the leading home automation solution companies. That’s why Vera is on the fifth rank of Home Automation Companies.

The Notion works on the three basic principles of home automation i.e. assuring safety, increasing protection and reducing risks, and making technology simple and easy to use. It has a wide range of products such as Notion Sensors, Notion Bridge, Notion Magnets, etc. The Notion is currently led with the vision of Brett Jurgens. It is a 2014 founded startup working creatively in the field of security solutions and home automation. That’s why Notion is on the sixth rank of Home Automation Companies.

Founded in 2005, Savant is recognized as one of the global leaders for home control and automation. Savant is the first home automation company that combined automation with mobile technology, knowing the future changes. Robert Madonna founded Savant Technologies in 2005, and over the years the company has evolved as the leader in the home automation industry. That’s why Savant is on the seventh rank of Home Automation Companies.

SmartThings is an independent organization backed by Samsung, which works predominantly in areas of Smart Homes, Home Security, and Home Automation. Smart Home solutions from SmartThings can accompany you from 6 AM till 11 PM until you sign off to sleep. And the good thing about is, all controls, functions can be personalized according to your requirement. Alex Hawkinson is the current CEO of SmartThings. That’s why SmartThings is on the eighth rank of Home Automation Companies.

So, Hogar Controls is an IoT-based company that works in domains like Smart City, Communities, Buildings, Hospitality, Commercial, Living, and Working Spaces. Recently they switched to Smart Speakers combining voice control operations with Z-Wave Plus Devices. Hogar has four main categories of products which are Smart Series, Touch Series, Enviro Series, and Security Series. Hogar Controls is an American Enterprise found in 2017 in Virginia. That’s why Hogar Controls is on the ninth rank of Home Automation Companies.

Avisio UK is a home automation company founded by owners Ian, Gavin, and Adam in Tamworth in the UK. Their love for technology has led them to create advanced tech beyond the simple commands of asking an integrated program to turn on the lights. Still, it acts as a companion for homeowners who want to upgrade the technology behind their lighting, music, security access, and heating control. Once the tech has been installed into your home, you will command it using any device, including the voice command option, which would work well for anyone with visual impairments. That’s why Avisio UK is on the eleventh rank of Home Automation Companies.

Netsach – Cybersecurity Awareness for Education Sector Without any doubt, cybersecurity today is a global

What’s your current business internet service connection? Is it still your grandma’s dial-up from the