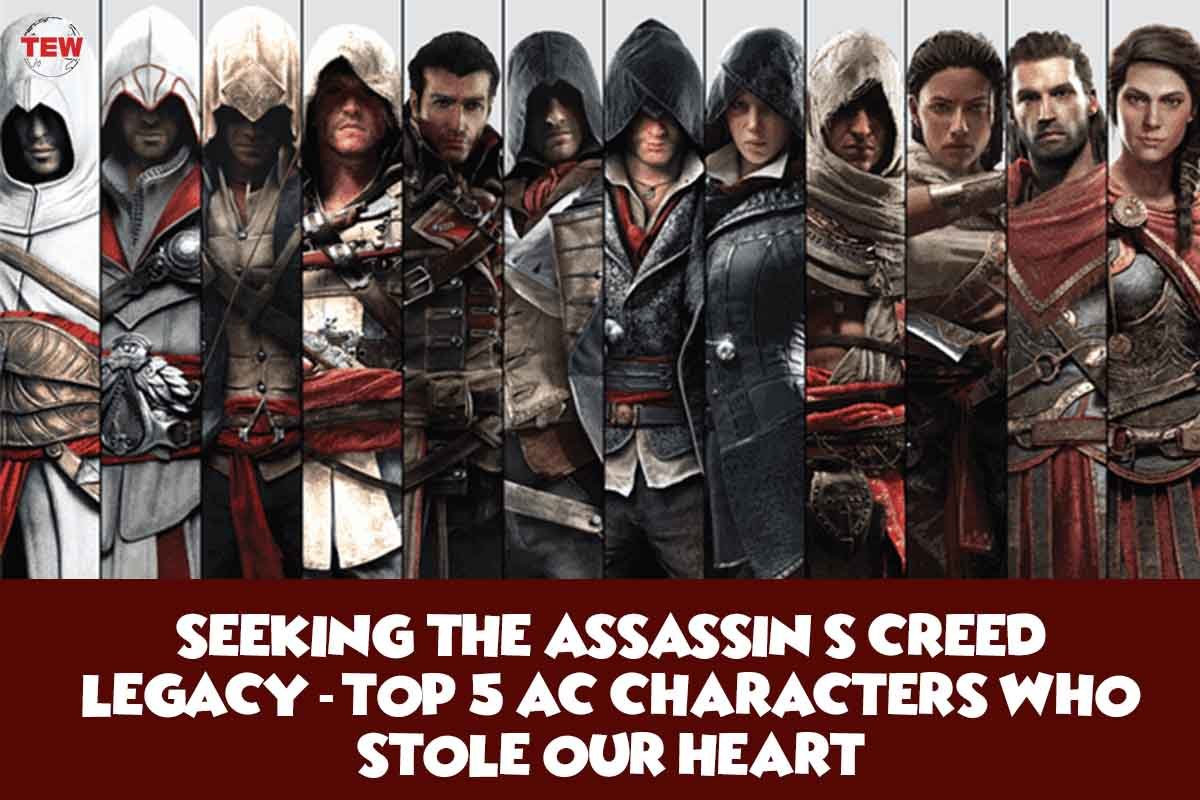 Games are the main source of entertainment for young people and the influencer of adrenaline for gamers. Entertainment can be gained through various sources, but the taste of PC games is quite unmatchable.

You will not be able to consider any other entertainment source by compromising exciting games when it comes to comparing.

We are leading a busy lifestyle, and there is very little scope for entertainment; thus, gamers do not waste their free time on anything else but sit in front of their PC to enjoy Assassin’s Creed and their Top 5 Assassin’s Creed Characters.

This is one of the most popular PC games and has sold over 140 million copies until 2019. With this data, you will get a basic idea of the popularity of this game and how much people have loved it so far.

It is undeniable that people love this game not only because of the gameplay or actions but also for the famous characters who have tempted us over the years to be a hero with unique characteristics.

Here our aim is to introduce you to a few famous characters who made this game more interesting and enjoyable to play. There will be nothing more to insert in your next weekend schedule if you find interest in this article.

The characters have various unique characteristics, and the legacy is managed and justified enough for the players. If you are a PC gamer, you are going to love this game and especially the characters.

On the other hand, you will also be able to enjoy this game in more interesting ways by downloading the game resources for free from proxy-rarbg.

It’s time to thrive for the best of this game, the best Top 5 Assassin’s Creed Characters.

The captain of Jackdaw and a legendary pirate of Assassin’s Creed: Black Flag is Edward Kenway. We see him, at first sight, fighting a lost war against the sea and an enemy. After that, the flashback comes in terms of ensuring who he actually is.

He was a privateer in the Caribbean Sea to fulfill the small dreams of his family. Later he got greedy and wanted to become rich in a short time by being a pirate. Soon, he realizes that he is losing everything he has, and then he decides to become a true assassin.

Assassin’s Creed Origins is where this hero will appear with his vengeance against his son’s death. Gamers will first meet a character who is a naive village boy who does not run for glory, and then he realizes that the world is not as black as it seems.

On the other hand, the world is not as white as it seems. Then he decided to work in the dark so that he could serve the light that society needed.

He is probably the best protagonist of the Assassin’s Creed series. He, in fact, featured three titles, including Brotherhood, Revelations and II.

Discovering the truth and reforming the troop has been the main motto of this character so far. This character will appear to you as one of the most realistic characters as it took time and several instances to ensure that you can experience the reath growth of life and character.

Another famous character of Assassin’s Creed: Revelations is Altaïr. In the entire game, he believed in creeds and also followed his mentor properly.

You will get to know and discover the life and living of this famous character when he starts introducing himself as an assassin. The game is too exciting because of its heroes, and the legacy will be carried by Altaïr.

Arno was a son of an assassin, and his life was very hard at first, where you had to fight for his place. Being raised by a templar, he met a Russian in prison, Pierre Bellec. He taught him how to be a creed, and that point in time will change his course of life.

Here you go with another famous protagonist Arno Dorian and then there will be the ultimate gaming experience.

Enjoy The Best Characters By Playing The Game.

Now it’s time to enjoy the characters with a good storyline. The game Assassin’s Creed itself is a legacy to gamers. On the other hand, it has the essence and caliber to deliver you the best heroes in every session.

Find out who is your best match and play this game to live the life of heroic characters.