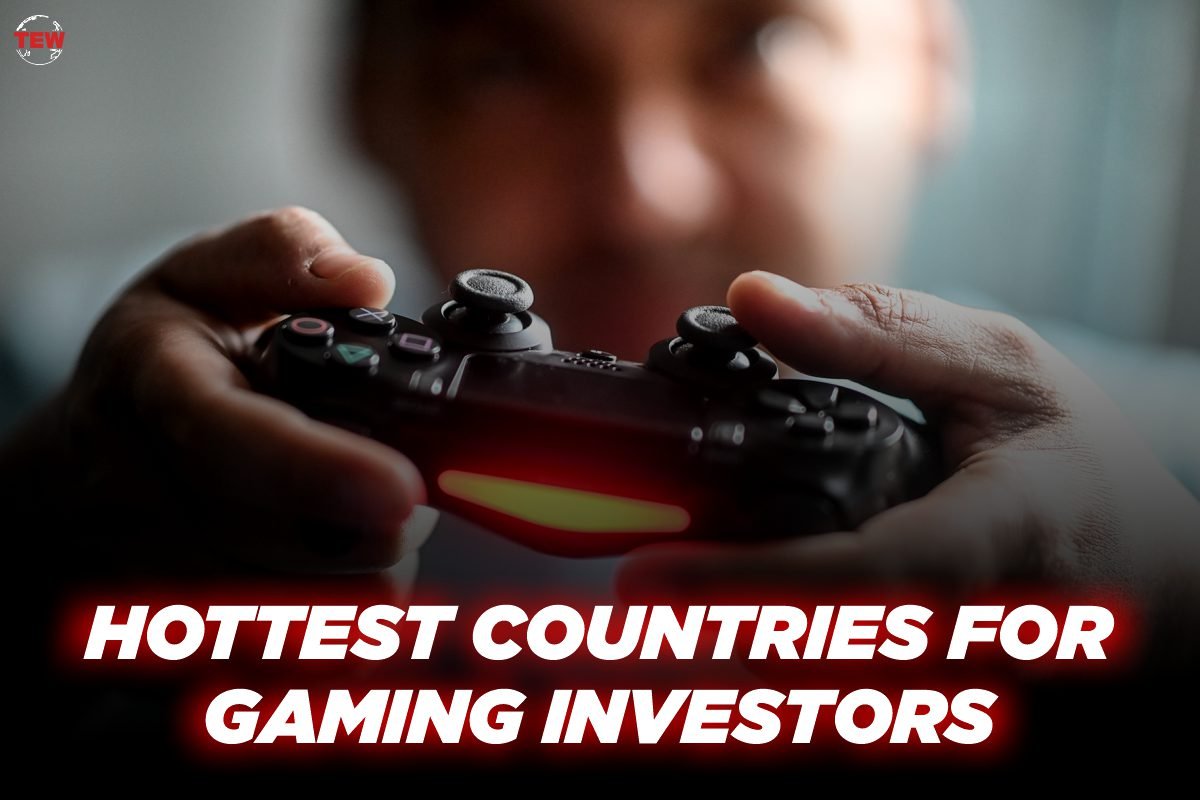 In this article you can see top 6 countries for Gaming Investors.

Online games have grown into a worldwide language that appeals to customers of all ages and from all over the world. It would be difficult to find someone who hasn’t participated in an online game.

If you’ve worked hard to create an online game, it only makes sense to broaden its reach to get more users and generate more cash. Now is the moment to break out of your home market and launch your online game on a global scale.

While there is no one-size-fits-all solution, you should select countries with the largest online game revenue and the most potential for development. The following are the most popular nations for gaming Investors.

Finland is a small country, but it is one of the top gaming Investors nations in the world to invest in. Indeed, many of the top Dota and CS: GO players are Finnish. Furthermore, the government and the Finnish Olympic Committee recognize Finnish esports participants as athletes.

Meanwhile, Finland is host to some of the most prestigious esports competitions, like Assembly and eFutisliiga. Competitive gaming in Finland has grown from a niche hobby to a full-fledged global craze in the last few years.

What began as little competition that no one took seriously has evolved into a multibillion-dollar business. Top Finnish players can also earn a lot of money, with thousands of professionals across the world already making a livelihood from gaming.

Online casino games have also piqued the interest of bettors, some of whom have amassed substantial wins through casino gambling. If you want to get a head start in your casino gaming profession, visit Casino Buumi, which has all the information you need to get started right away.

The United States has a population of over 330 million people and is still one of the richest countries in the world. The United States is home to some of the world’s best esports players and teams, as well as the birthplace of numerous esports winners.

TSM (Team SoloMid) became a global phenomenon in League of Legends Seasons 1 and 2, allowing the players to become almost as well-known as conventional sports stars. Many online games, such as Call of Duty and Fortnite, are also produced in the United States.

As the birthplace of gaming investors, the United States probably has one of the largest gaming markets.

South Korea is usually considered the country that sparked the entire esports movement. It’s no wonder that this country has consistently produced many of the top competitive gaming stars. Korea develops esports legends regularly, from Starcraft to League of Legends and PUBG.

Famous South Korean esports personalities like “Faker” are a significant reason why games like League of Legends are so popular. He has won over $1.2 million in Esports prize money on his own.

Other South Korean celebrities, such as “Bang” and “Wolf,” have undoubtedly advanced the case for this country to be home to the world’s top gamers. Both play League of Legends and have approximately $1 million in esports prize money.

Not only has Esports been shown on public television in South Korea for almost 20 years, but the country also has government-supported academies for professional gamers to ensure that the country continues to produce Esports stars of the future.

South Korea is unquestionably among the hottest country in which to gaming investors.

This can be attributed to the country’s success in online gaming. The United Kingdom’s gaming commission deserves a lot of credit for the way they run things. They are quite strict in terms of ensuring the safety, equality, and equity of gaming firms and gamers.

Other factors that contribute to the UK’s dominance in gaming include developers and businesses. The country has a reputation for producing well-known casino brands and developers. This makes it simple to locate gaming-related websites and companies.

Without a question, Malta is the list’s surprise package. Despite being a tiny nation with little prominence in other industries, Malta is doing well in the gaming world. It has always been linked to internet gambling, often known as iGaming.

The tiny population, which is likely no greater than that of any state in the United States, is beneficial. While not everyone gambles, a small population is simpler and easier to control. The Malta Gambling Authority, one of the most well-organized gaming regulatory bodies, also helps.

Unlike the United Kingdom and Sweden, where no tax is levied on winnings, Malta levies a fair tax on them. This encourages other companies to invest in online gaming in Malta, as well as you, the player.

With the return of gaming, Malta will rise to become one of Europe’s top five iGaming nations. Despite the country’s small population, iGaming employs around 9000 Maltese citizens. It also provides around 700 million euros to the Maltese economy.

Another European country on the list that highlights the continent’s supremacy in gaming investors is Germany. Germany is a more emerging iGaming force, having already made a name for itself in online gambling.

Gaming is more popular in Germany because it includes sports betting, which has long been legal. In only the previous three years, the German gaming market has grown by more than 300 million euros. Gaming has had a huge impact on this.

The future seems to be brighter as a result of new guidelines that will be introduced soon. The German government aims to impose harsher gambling laws, comparable to those implemented in Sweden and the United Kingdom.

Each of the aforementioned countries is a gaming market leader and a prospective gaming investors option. When deciding which nations to invest in, look for areas where your game has the potential to rank in the top ten in its category.

The organic boost may make a considerable impact, particularly in smaller areas where you can acquire traction before investing in larger ones.