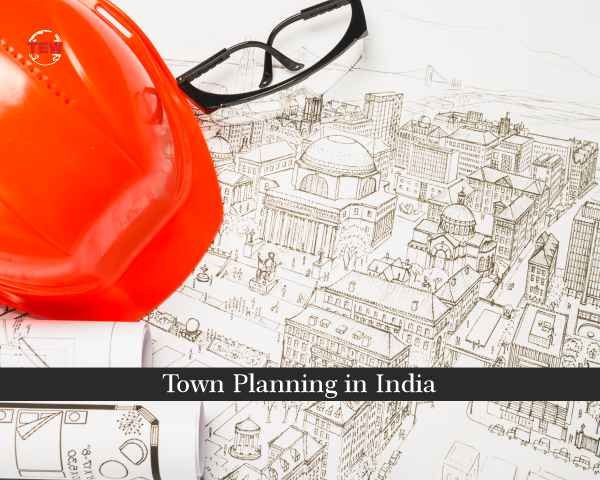 We love a particular village or town. Think about why we like it. Not only do beautiful buildings make the city beautiful, but also the roads and their structures, sidewalks, trees and greenery, other elements of the road such as lamps, furniture like benches, information signs, bus stops, trash cans, etc.  Beautiful buildings, residential well as commercial complexes make a city a beautiful place to live.

Each city has a unique image. This image deals with various elements and features of the town structure. Such an image is especially useful when designing the actual design of the city’s development, as well as the detailed design of various sections. The location and context of the citizen’s mind on various factors can be a guide when it comes to empowerment or change. A development project and Town Planning can make a big difference to the city’s image.

In India, the importance of city planning/Town Planning was realized in the post-independence period. Keeping in mind the huge demand for industrial, commercial, residential, and recreational activities on urban land, the need for scientific principles governing the distribution of land for various works was underlined.

Because of future traffic density, wide roads were constructed. The height of the buildings was determined according to the width of the roads to provide an artistic aspect to the human surroundings. In addition, a proper balance was also laid between the construction and open spaces.

Land use plans of cities are prepared by the Town Planning Authority and various areas are demarcated for specific land use. These schemes include provisions related to adequate road width, open spaces, or basic amenities (water, electricity, schools, hospitals, etc.).

Keeping in view the revenue-generating capacity and economic importance of major metros, priority should be given to the development of specialized infrastructure in these cities. For this purpose, a megacity scheme was started in 1993-94, which was recommended by the National Urbanization Commission. The scheme was implemented in Mumbai, Kolkata, Chennai, Bangalore, and Hyderabad. The main thrust of the plan was the development of infrastructure.

The development of slums in urban areas has become a complex problem. These settlements are continuously developing around industrial areas, railway lines, ports, riverbanks, wholesale markets, etc. The largest expansion of slums is in metros. Dharavi, near Mumbai, is Asia’s most extensive slum.

Slum houses are generally raw, made of brick, clay, tarpaulin, finished, bamboo, etc. The living space does not exceed 10 square meters in which most of the household items are also stored. Bathing, cooking, and sleeping are mostly in open spaces.

For every 10 lakh additional housing unit, 6 thousand hectares of land is required. The Urban Land (Ceiling and Regulation) Act, 1976 was passed by the government for this purpose. This Act applies in all the provinces except Jammu and Kashmir, Kerala, Nagaland, and Sikkim.

Tamil Nadu enacted its separate act in 1978. This act prevented the concentration of urban land in the hands of some people. Equitable distribution of urban land was ensured for general use by controlling betting and profiteering.

Suburbs have been developed by various governments in collaboration with private builders and land brokers. Housing in these suburbs has expanded at the expense of agricultural land for Town Planning.

The Indian economy is growing rapidly. Such massive forward-looking growth will come from secondary and tertiary sectors, which are industrial and service sectors. Economic activity in these areas started primarily in urban areas. The condition of our cities and towns is very important in India’s development.

Whether it is about metropolitan cities or to develop old cities in a new look, urban planners do such projects well. They plan to make the city beautiful with their team.

As townships and smart cities are increasingly working nowadays, the scope has increased in this field. You can start as an Associate Town Planner in government agencies, such as the Town and Country Planning Department, Housing Boards, Urban Bodies, Urban Development Authority, District and Rural Planning Department. One driven by passion in the field of town planning can also start with private companies or property firms, real estate firms, social agencies, non-profit housing groups, and international consulting companies.