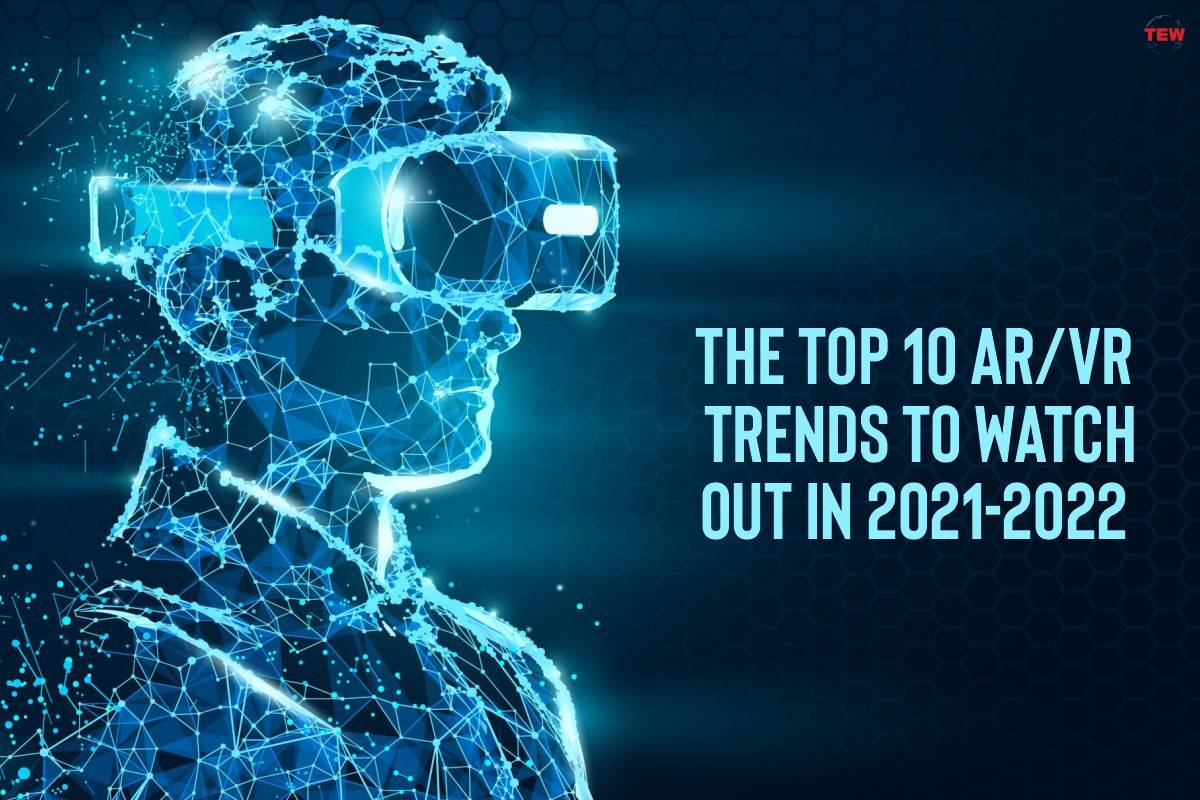 Immersive technologies such as Augmented Reality and Virtual Reality have found their way into our daily lives, from entertainment to commercial applications. However, in light of the current COVID-19 scenario, these technologies have witnessed a surge in popularity as enterprises have shifted to a work-from-home or remote-work paradigm. Because AR and VR technologies can build enormous, simulated settings, they allow organizations and individuals to work from home, socialize, and engage with others. With the year 2021 rapidly approaching, augmented reality and virtual reality will continue to have a significant influence on several businesses.

Listed below are the top 10 AR/VR trends:

Rapid technical advancements, such as the development of a new set of AI tools, next-generation gaming engines, and augmented reality, will undoubtedly usher in a new age of artificially intelligent AR avatars. A personified AR agent is often referred to as an avatar. There are already around 4000 AR avatars used for fun on YouTube in Japan, which are known as Virtual Reality YouTubers or VTubers and resemble anime characters.

It’s a feature of Windows that allows the support staff to assist a distant user (host). The helper can watch the host’s Windows session on his computer screen with the aid of the remote assistor. This implies that the user may send an invitation for help by email, Windows Messenger, or as a file. The file is attached to a message sent to the assistant. When you run the attachment, it launches the Remote Assistance program, which then asks the user for permission to connect. The user can be assisted after granting authorization.

Indoor navigation is far more difficult to use than outside navigation. When it comes to outdoor navigation, people don’t find it difficult to use because smartwatches and smartphones now come with built-in GPS and maps. The interior navigation system, on the other hand, is made up of three modules: positioning, mapping, and rendering. Because it has coordinates and maps, mapping is the only module that is simple. This module is simple to upgrade and adapt to meet your needs.

The renderer module follows, which is responsible for controlling the AR design directly. It is dependent on the accuracy with which the placement is done. Drawing a path in 3D is simple, but matching Virtual Reality items is a major challenge. Growth and accuracy are both increasing as ARKit evolves. It’s a tad daunting when it comes to Positioning. This occurs because there is no reliable method for establishing the particular position of indoor users, including the exact floor. Accurate location determination is also an issue.

4. A collaboration of AI with AR and VR

In the commercial world, AR, AI, and VR have already proven their usefulness and promise. Researchers are now attempting to cooperate with them in order to develop a new type of technology. Real-time face-swapping using mobile phones is one of the advantages. This might lead to improved facial recognition capabilities and the further advancement of the highly interactive world.

Mobile Augmented Reality refers to the AR capabilities of your smartphone, which allows you to take it with you everywhere you go. AR technology, also known as spatial computing, has been available for several decades. The game ‘Pokémon Go’ is the most relevant example of this. AR on mobile phones may also be seen in the augmented filters available on Snapchat and Instagram. Aside from that, numerous retailers, such as IKEA, have begun to use them to assist their clients to imagine their furniture in their homes before purchasing it. Google and Apple have released a number of new augmented reality (AR) products for Android and iOS users.

The broad deployment of 5G networks has ensured that augmented reality and virtual reality usage will rise. Because 5G will provide a super-fast data network, it will improve users’ virtual experiences by speeding up data transfer to the cloud, processing, and the construction of a Virtual Reality image. Users should expect improved VR with a minimum end-to-end latency time of fewer than 20 milliseconds when 5G technology is used.

7. Gearing up vehicles with the power of AR

Automobile manufacturers intend to incorporate augmented reality into their vehicles. People are becoming more thrilled and passionate about driving self-driving cars as autonomous vehicles become more common throughout the world. These automotive industry heavyweights are partnering with these technologies to produce voice-assistants, in-car AR, and more to revolutionize the way people drive and travel, according to reports.

As VR and AR become more prevalent, they will alter our perceptions of sports and aid in the creation of more immersive sporting events. Because of the postponement of sporting events due to COVID-19, the usage of these technologies is becoming more widespread as broadcasters, owners, sponsors, and others. As a result, the clubs are looking for new methods to connect with their supporters and develop new revenue streams. Because the NBA 2020 game has been postponed due to the pandemic, the VR league pass allows fans to go into the archives and relive prior matchups in virtual reality.

9. Use of XR as a medicinal device in healthcare

AR, VR, and XR are also improving the medical industry by serving a variety of functions. However, it is expected that these three industries would merge in the coming year to produce more efficient outcomes and possibilities. Medical practitioners will have a greater level of skill and productivity from now on. To do all of this, they will need to classify XR platforms as medical devices. However, there will be many more challenges for them to face in order to achieve this.

10. Artificial and virtual reality in education

As artificial and virtual reality have found their way into numerous industries such as gaming, retail, and entertainment, the education sector has seen the most noticeable rise. Teachers will be able to engage pupils with learning material in new and more elaborative ways because of VR technology’s immersive capabilities. Students that are distance learners would profit from this, as they will not miss any classes. In addition, augmented reality will assist students in honing their abilities while also allowing them to focus on their jobs.

As a result, AR and VR may be utilized in a variety of disciplines and industries of Virtual Reality, and they are predicted to grow in popularity in the near future as people begin to explore and use them more extensively.