What makes TikTok Attractive for Brands? 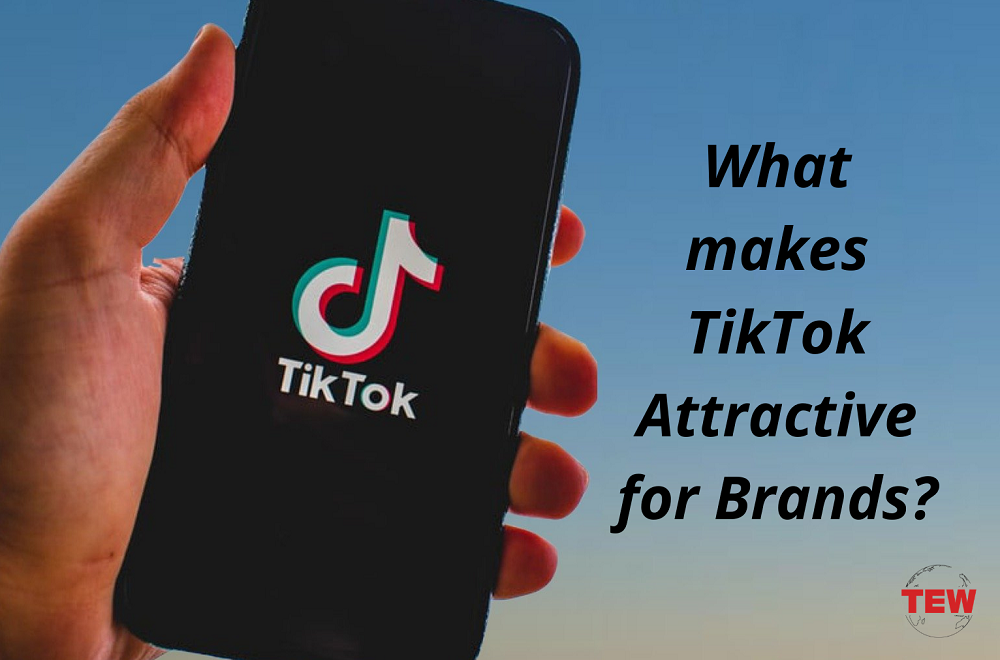 In just a few short years TikTok has risen to fame, overtaking many mobile applications in their popularity. First launching in 2016, in five years the social media platform has become massive across continents worldwide, not just China where it was first launched, and its progress shows no signs of slowing down.

In fact, quite the opposite, and it seems that many brands are now beginning to make a tentative move to TikTok just in time.

But is it worth adding another platform to worry about to your list of existing ones? In our fast-developing society, there are many social media platforms that have already been tried and tested, but this also leaves an opportunity for these to become easily outdated.

Amongst the plethora of apps on the rise, it seems that TikTok is the new favored option. If you’re a brand/business owner and are having thoughts about making the move to TikTok, including all the efforts involved, here are some of the few reasons why TikTok is becoming more and more attractive to brands, including big household names.

At the end of 2020, TikTok saw around 800 million active users utilizing the application, with 41% of users aged between 16 and 24 years old.

The platform’s audience has sky-rocketed in popularity recently, and amongst the millions of users, there are thousands that are, in fact, creators. For an application that has been downloaded over 2 billion times, it’s no surprise.

TikTok has also made it fairly easy for creators to gain an audience reach within a local capacity by cleverly designing an algorithm that generates and prioritizes local feeds. This has seen the rise of many popular local creators, also known as micro-influencers, and they will usually have around 10k+ followers.

Another thing that makes this platform attractive is that there are tools that will allow anyone to reach that level of success. TokUpgrade helps you get famous on TikTok for example and has been used by many of these influencers. When considering its extravagant audience that stretches out to 155 countries, it also indicates that for brands there will certainly be an audience for their given niche among the somewhat millions, and an influencer to reach them…

It’s been reported that 90% of TikTok users hop onto the application every day, with a reported average time of 52 minutes per day spent engaging on the app by these users. Think about how many people participate in TikTok’s viral Hashtag Challenges?

For any brand this sort of engagement on a social media platform is huge, and this could potentially lead to massive growth. Oftentimes, creators are looking to partner up with brands as this actually also helps them to grow too, reaching a wider audience, and it works both ways…brands can make use of the creator’s audience too.

In today’s times, one of the many reasons as to why traditional marketing is on the way out is because people don’t like advertisements anymore, with enough technical devices that provide them constantly.

As a result of the influx, we now have the ability to block most ads out, for example, by using an ad blocker or a paid-payment scheme. We’re living in a world of instant gratification and today people enjoy the idea of an immediate lifestyle, skipping and blocking their way through things that don’t suit them, for example, adverts, always making things easier and faster where possible.

By using TikTok, brands can actually market their service/business/product without having to actually do much physical marketing to increase their TikTok followers – the platform in itself allows for this to happen naturally.

One of the many reasons is because production costs are minimal realistically as people using TikTok prefer authentic users and accounts that portray such a message. Many of the videos that go viral today are simply TikTokers at home, with no need for fancy camera equipment or backdrops.

The Platform is still New:

Lastly, it’s undeniable that one of the biggest reasons why brands are moving to TikTok is because some of the older social media platforms have now become overloaded and full of brands, or for lack of a better word, these platforms have become saturated.

But it seems that this isn’t the case with TikTok just yet hence and as a result, there’s less competition circling newsfeeds, leaving more room for your brand to gain popularity. Those brands that are taking the risk and moving over now are reaping the rewards.

Remember when Facebook or Twitter first came out? Well, look at them now. Although at a first glance TikTok may not seem like the most obvious choice when it comes to brand marketing, it’s important to remember the power that this platform holds through its use of video content, proving to not only be growing in itself, but as a tool for brands and businesses as well.

Don’t get left behind!

PrevHow did the Toy Business Go in 2020?
How to Take Advantage of Twitter for Your Business?Next