Why does retail therapy works 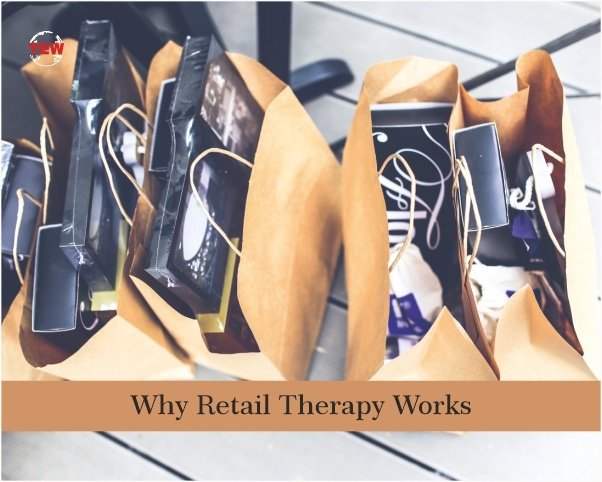 There is this new saying to which people are quite adapting themselves.

“When going gets tough, let’s get shopping!”

Retail Therapy – How it works?

You have probably heard people say this, generally, when they have been through tough times at work or in their personal life, the first thing that pops into their mind is, “Let’s go shopping!” Though sometimes we may wonder, will fulfilling materialistic needs help to get over that tough week at work or other frustrating things happened lately in our lives? Well, turns out, it will! A scientific study has found that retail therapy is effective, though an expensive coping mechanism for most people.

Going shopping can improve a sour mood. While therapy isn’t the exact word one might want to use to describe the positive effects it has on people, but there indeed are tonnes of psychological rewards. A study revealed that people who are more upset tend to spend more money when shopping, i.e. reacting impulsively. But do they regret spending that money? Absolutely not! Retail therapy works here it not only makes people happy immediately but it is also seen that it helps to fight lingering sadness or even stress.

Many researchers have also noted that people who are sad or feel scared and have a growing feeling that they have no control over their environments, for them shopping was the ultimate coping mechanism. So in a time when people think they can’t do anything about the circumstances, they turn to shop! This helps them get control, and exercise autonomy.

Among many of its positive and therapeutic effects, shopping also helps you boost creativity and aesthetics. One can fill their heads with loads of new ideas and get a lot of inspiration. Trying out one outfit, or finding what matches with what is the best gives you a new perspective and lightens up that creative soul. Most people also find shopping to be a relaxing activity, something that rejuvenates them.

Concluding, retail therapy definitely works, with loads of benefits. So what are we waiting for? Let’s get shopping!