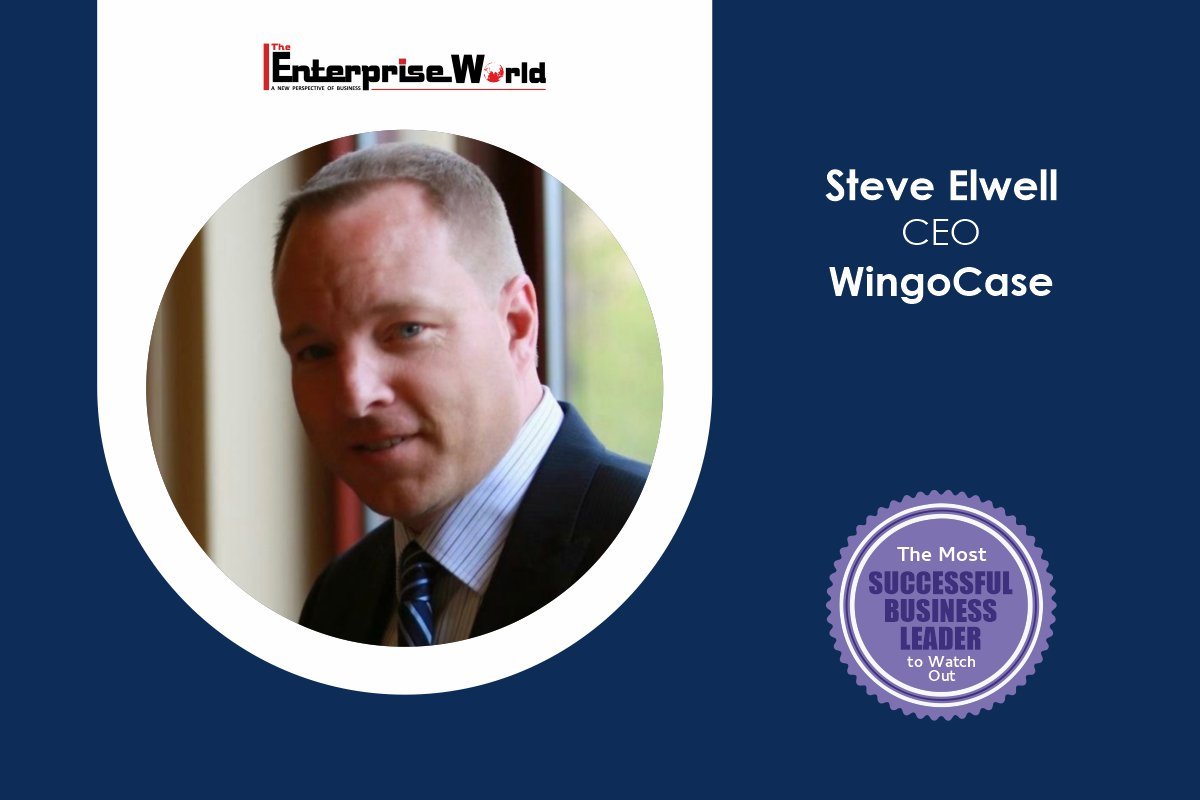 As it is in stardom and in being a leader of a company, there is no big screen and a biopic playing for people to know you. Your excellent people skills, the way you tackle difficult situations, the way you maintain a positive work environment everything comes to play when you decide to become a CEO of a company.

Leading people in its truest form, was Steve Elwell. Like every other CEO, he faced hardships in his journey, but his zeal to succeed made him the leader he is today.

Featuring his story is The Enterprise World in this issue of The Most Successful Business Leader to Watch Out.

Leading WingoCase- Ambulant Inc. Steve is the CEO of his word and one in its true sense. With his ability to lead a call with the shareholders with utmost ease, and find an innovative way around the every day problems the organization faces on a daily basis, Steve has been able to take the company to new heights.

“I am a bit of a “throwback” CEO. It is mostly because of my relationships from the executive team to the back-office staff.”

Mr. Elwell Brings expertise in strategy, marketing, sales leadership, and business development. He brings over twenty years of senior management experience in the medical device industry and has been a part of three successful exits; ApaTech (sold to Baxter), Salient Surgical (sold to Medtronic), and Global Medical Concepts (sold in 2018).

Being a Washington State native, Jim Sinegal, the founder of Costco has always been Steve’s role model. A piece of philosophy Steve has adopted from his role model Sinegal is that of taking good care of the employees. And that is the reason why he undoubtedly believes that the employees are a company’s most prominent advocates. Steve’s philosophy is that if you as a leader go the extra mile to take care of your people, it will create a cyclical energy that will ultimately benefit your organization in the long run.

Building of a Strong Team-

The building blocks of raising a strong team are to know each and every employee on a human level. With the concept of remote work making its way, everyone’s work lives and home lives are very much intertwined these days. So to rise above that and be a great company, all the employees need to know that they matter as individuals and not just as an employee number.

Another key pillar in taking care of the employees at WingoCase is what Steve swears by, and that is empowering them to make decisions. When you empower individuals and they know that they are trusted and supported, they will make decisions that are for the betterment of the larger good.

“WingoCase is based in Bend, Oregon and our mission is to create the most comfortable and versatile digital accessories that remove limitations between people and their devices.”

The “science” behind this product is a 12-inch wooden ruler!  WingoCase’s Founder, Cole McGowan, was home for a family weekend and his father, an arthritis sufferer, had purchased a tablet so he could read books but was having to put the tablet down because of the excessive grip pressure required to hold it.  To make the tablet easier to hold, Cole’s Father taped a 12-inch wooden ruler to the back of the tablet which effectively created “wings” that extended beyond the perimeter of the device and enabled him to hold it effortlessly.

Cole realized that tablets and phones were hard to hold, and he immediately secured two utility patents around creating independently deployable “wings” that make tablets easier to hold.

The Challenges and Success-

2019 was the year WingoCase stepped in the market, launching their first ever product, WingoCase for the iPad Mini 4. The product was a massive hit, selling all the inventory. Considering the convenience of this case, and its easy to use nature, WingoCase was thriving in the market with great reviews.

And as the company was ready to kick-off better customer engagement with some of their newest additions, products that supported the iPad 8th Gen and iPad Air 4, the world was shutdown due to COVID-19. This was a huge blow on the company’s progress as it greatly impacted the company’s ability to penetrate the market deeper and wider. But the plight of the pandemic was such that it eventually led to the 2021 supply chain issues that impacted the globe.

Enduring the strong impact, it had on the company, 2022 was the year that marked for the growth of WingoCase. The company has also on-boarded Sandy Gohres as the company’s new Executive Vice President of Sales and Marketing and Roberto Gonzalez as the company’s new Sr. director of Sales both with an extensive background in building brands and distribution partners as well as building a world-class sales organization.

“How can we make it more comfortable? More usable? More intuitive?”

While other companies promote features of their accessories, Wingo puts people at the center of every design decision.

Wingo is the first tech accessory company that focuses on the well-being of the person holding the device in addition to protecting the device itself.

To raise the bar even higher, the team also realized that a variable angle stand did not exist in the market so Wingo set out to create a stand that could be adjusted to any angle without having to physically adjust the stand.  After months of prototypes and tests, they have recently released their first accessory for phones that incorporates Variable Angle Stand Technology (V.A.S.T.).

In short, Wingo has developed a proprietary friction hinge that enables consumers to securely stand their phone at any angle (landscape mode).  Smartphones are extremely powerful, and it is a fact that people are capable of doing amazing things with their phones.

“At Wingo, we want to remove restrictions that limit the power of people and their devices and our Variable Angle Stand Technology (V.A.S.T.) accomplishes just that.”

WingoCase’s mission is to create the most comfortable and versatile digital accessories that remove limitations between people and their devices.  As the average daily usage of mobile devices continues to rise globally, the frequency of RSI’s (Repetitive Stress Injuries) continues to rise.

“At Wingo, we take this very seriously.  The genesis of Wingo emerged from a desire to help people.”

Wingo’s mission is at the core of all of design discussions and roadmap reviews and is the driving force for WingoCase product evolution.

Quite simply, with their extensive research and development, the team knows that mobile devices are only going to be more prevalent in our daily routine and WingoCase strives to be the first company that not only protects the device but protects the well-being of the person holding the device. The company is on a mission to provide its customers the creative freedom and soar and will continue to put people and their well-being at the center of every decision they make as a company.

“Fall of 2022 will have many new exciting products from WingoCase that will grow our ecosystem into more tablet and phone devices brands.” 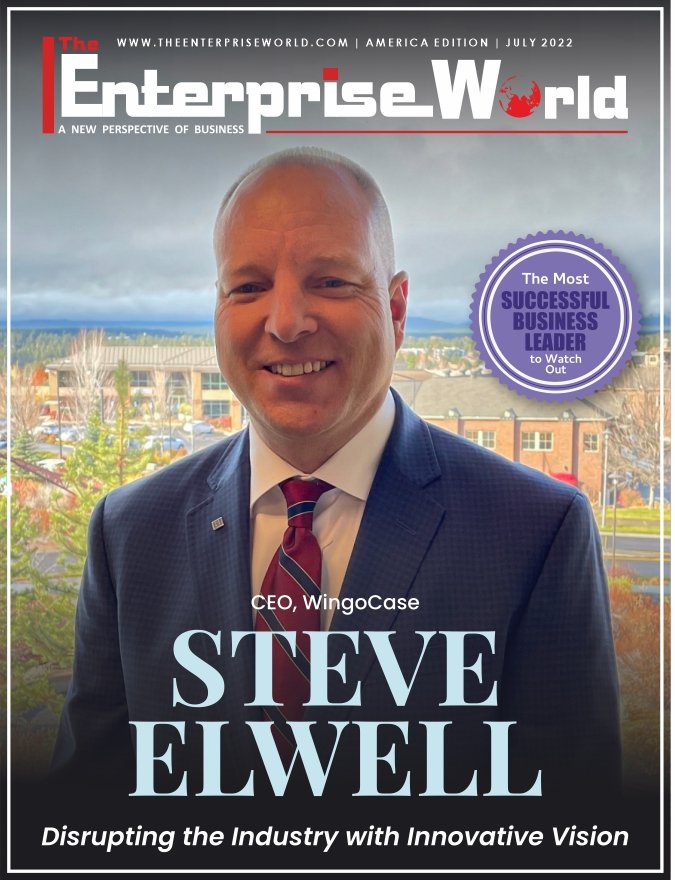 The Most Successful Business Leader to Watch Out - Vol. 3