The vital role of Wuhan market in the outbreak of Coronavirus, but it is not good to close it – WHO 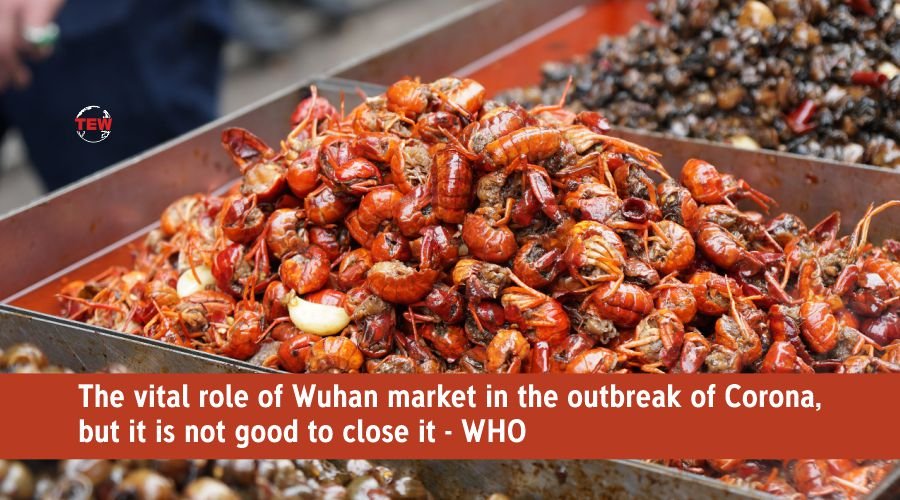 The World Health Organization (WHO) has said that the animal market in China’s Wuhan city has played a vital role in the outbreak of coronavirus. This role has been either a source of viruses or has acted to increase the spread of the virus. The WHO, however, emphasized the need for more research on this.

Chinese authorities closed the Wuhan market in January, which led to a temporary ban on the consumption and trade of wild and marine animals.

Dr. Peter Ben Embarek, a WHO expert on food security, said that it was clear that the virus caused the outbreak from the Wuhan market, but the role the Wuhan market played in the outbreak should be more investigated. Swords have been drawn between China and the US over how the Coronavirus came and became so serious. US President Donald Trump and Foreign Minister Mike Pompeo have clearly blamed China for this.

Pompeo has even said that he has evidence of this virus being made in the lab. However, Dr. Peter Ben Embare did not say anything about these allegations. He said that it took over a year to find out that the source of MERS (Middle East Reciporial Syndrome) is a camel. In Corona’s case, it is still not late. The most important thing for us right now is to stop the spread of this virus.

The WHO, however, has not endorsed the idea that the kind of wildlife Wuhan market that is believed to be the source of this virus should be closed. According to Dr. Peter Ben Embarek, live animal markets are essential for food and the livelihood of millions of people all over the world, and the authorities should focus on improving their standards rather than closing them.

Director-General of WHO Dr. Tedros Adhanom Ghebreyesus said that the coronavirus can be dealt with only through a strong health system. He said that a global epidemic like Corona has opened up the health system of countries around the world.

PrevA phone call between representatives of The US and China reduced the possibility of the trade war
Facebook and Google’s offices will open in July; employees may work from home by the end of the yearNext