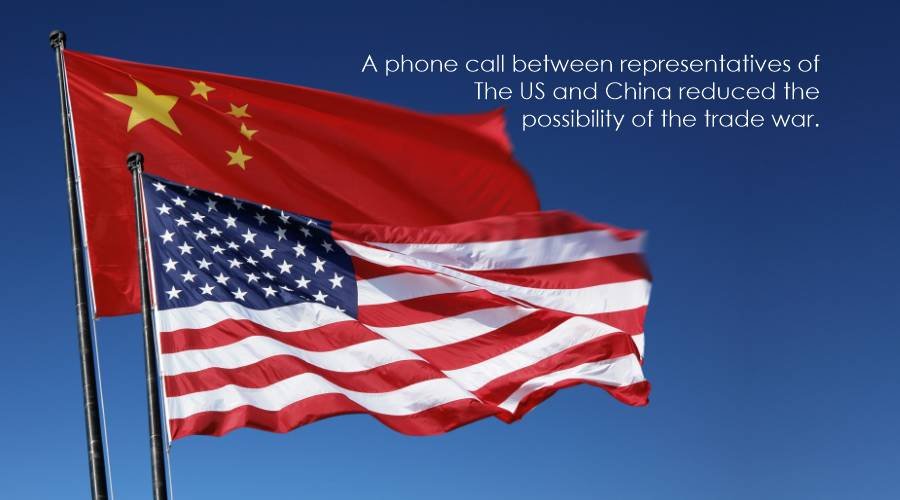 Representatives of both countries agreed that cooperation will be increased on macroeconomic issues and public health issues. Talking on the phone, China’s Deputy Prime Minister Liu He, US Trade Representative Robert Lighthizer, and US Secretary of the Treasury Steven Mnuchin also agreed that the two countries would work together to create the appropriate environment to implement the first-stage trade deal.

Due to Corona, there was increasing tension in terms of the trade war between China and the US, but now there are some signs of softening in it. Top trade representatives from China and the US spoke on the phone call.

Representatives of both countries agreed that cooperation will be increased on macroeconomic issues and public health issues. Commerce Ministry informed this in a statement.

According to the news agency Reuters, during the conference call, both parties agreed that the two countries will work together to create a suitable environment to implement the first phase of the trade deal.

According to China’s Commerce Ministry, both sides agreed that the dialogue would be maintained in the future. Significantly, there was a rift between the US and China over the Coronavirus. Things deteriorated to the extent that US President Donald Trump warned that if China does not follow the provisions, it will end the trade deal with it.

Trump said that no one can be stricter towards China than him. Significantly, there was a lot of rhetoric between the leaders of the two countries regarding the Coronavirus epidemic originating from China. The American key people have been raising doubts about whether this virus has been released from any lab. President Trump has often called it the ‘Chinese virus’.

So far in the US, more than 75 thousand people have lost their lives due to Coronavirus, while more than 1.2 million people are in the grip of this virus.

For recent and latest updates regarding business news, industry trends, etc. Please subscribe Newsletter from “The Enterprise World” at “Subscribe“.