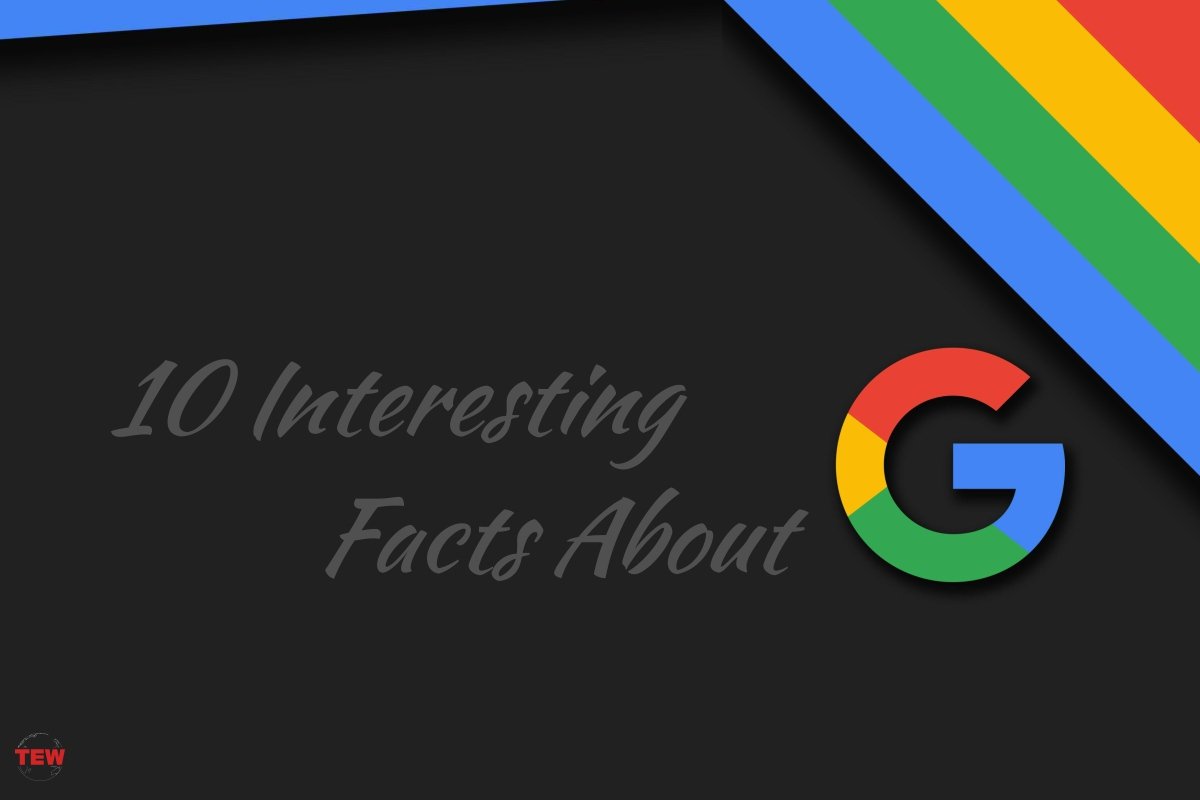 Hands down Google has become one of the most popular and known search engines around the world. Google started its journey with Larry Page and Sergey Brin as its founders back in 1998. Google registered the domain, Google.com in 1997. So there is some unknown Facts about Google.

The name Google comes from Googol, which means a very large number with 100 zeros behind. And that’s what the primary aim is to provide search results that match that number!

2. The name Google was never the first, its original name was Backrub.

The company changed its name, that’s how the name: Google was born. After all, Google is a misspelling of the word: Googel, the mathematical term for a one with hundred zeros.

This name would reflect the company’s mission – To provide all information accessible to everyone around the world.

3. PageRank is the name of Google’s search technology.

PageRank search technology takes its name after the Co-founder Larry Page, This is another facts about Google. This SEO tech assigns a value of relevance to every website and determines their importance and sorts them accordingly. Thus, ensuring that your website is considered important by Google, depending upon the information and its relevance.

The key part is that nobody knows how PageRank works, thus making it very difficult to manipulate it. So, if your website is considered important over others, it will rank up higher in the search rankings. All this ensures a user gets the most relevant and unhampered search results

This is major facts about Google. Yes, you read it right! This goes on to show the dependence of people and the importance of Google today. Google has become the go-to search engine for any query in today’s world. So, if one cannot find search results, why use the internet?

Today, Yahoo commands much less footfall and popularity than Google as compared to before. A real-life turn of tables, don’t you think?

Google has 24.7 million followers on Twitter. Much more than celebrities and other celebrated companies like Amazon, Tesla. Find up-to-date and of all the developments in the search engine, on their channel.

What this means is that there are millions of searches happening on Google that have never been done. Google’s SEO systems tackle this issue effectively, regulating, evolving, keeping themselves up-to-date with these new developments, and always staying ahead of the game.

8. The Google homepage is available in 80 languages.

As Google has become the go-to search engine and is present all around the world. The team is constantly looking out to provide a more immersive experience to its users, and to do that Google is available in 80 languages.

Google also translates search results into more than 80 languages, so you can wade the depths of the internet without having to worry about language issues.

9. Around 89% of Google’s revenue used to come from Google advertising.

Google’s major source of income remains their SEA (Search Engine Advertising) that offers companies to come at the top of the search results, ensuring more footfall and wider reach.

10. Smartphones constitute 33% of all searches on Google.

In April 2021, Google introduced a new algorithm that measures mobile usability. This offers websites a chance to understand where the searches come from and get them to work on their mobile interface also.

Prev6 Facts about Ford Motor Co. you didn’t know!
You Don’t Have to Choose Between Business, Travel and Love – Nicole Tabs Proves ItNext