26Health – Putting Care Above All! 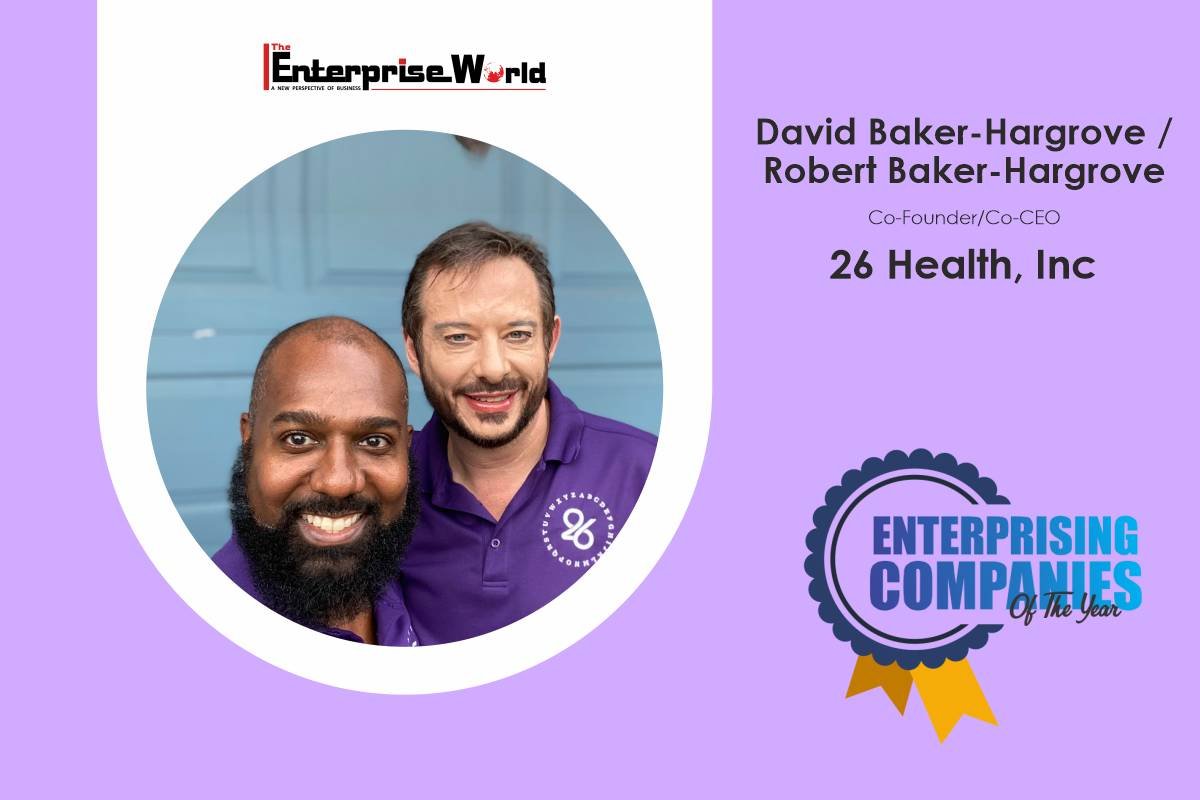 We often come across companies that are solely dedicated to improving the lives of people and our community, but very few have dedicated themselves to providing the highest standards of service, support, and care.

26Health is nothing less than a revolution, providing care rather than seeking after monetary benefits. The company has set a benchmark in the industry which is indomitable, and created a bond of trust and belief with people and community which is rarely seen in today’s fast-paced era.

26Health is one such company that has truly made its name unique in the healthcare industry. They are not only one of the leading healthcare providers in Orlando, but are also amongst the most respected names according to their patients and community. 26Health is one of the most enterprising companies that has set out to change the way we receive care.

26Health was founded in 2015 in Orlando, Florida as a multidisciplinary healthcare system to meet the complete needs of the LGBTQ+ and allied communities. They are Central Florida’s premier LGBTQ+ and ally Health Center – offering Medical and Behavioral Health, regardless of Insurance or ability to pay.

The team at 26Health embarked on a daunting journey, focused on nurturing and caring for those in marginalized and underserved communities. They set out with one mission – “To improve mind-body-spirit health in Central Florida’s LGBTQ+ and ally community.”

The vision of 26Health is to offer quality care and services for all of Central Florida.y. 26Health is a comprehensive wellness center that includes affordable healthcare, mental health care, a drug discount program, adoption services, a medispa, and more.

Today, 26Health is an all-inclusive health clinic, offering its services for LGBTQ+ community members and allies in Orlando and beyond.

The biggest challenge that 26Health faced initially was jumping into the unknown as the organization grew so quickly. Many employees chose to start a career at 26Health because they preferred a small-sized company and with growth and expansion, there has been a resistance to change. Clear communication has been a way to combat this and has also been a means of making employees feel more comfortable with the new feats ahead. In 2016, 26Health was founded and run by a team of two. Today, there are 50+ employees across multiple departments.

All this growth, along with the inclusive environment at 26Health has pulled the team closer as a unit, enabling them to work in complete sync, and take all the challenges head-on. Today, 26health is pushing past its growth figures by a staggering margin, and is gearing up to achieve a leading position in the market.

What led to the growth of 26Health & its success?

26Health’s growth was first triggered when the organization had only been open for 6 months and had no financial backing whatsoever. Dr. David and Robert Baker-Hargrove applied for a grant through the State of Florida and ultimately received it. Without this, they realized that the organization would have shuttered. Within 8 months, the devastating Pulse Tragedy took place.

This enabled 26Health Inc. to establish its name, and also provide best-in-class care and treatment to the community. Thus, fueling their reputation in the market as true helpers in their time of need, propelling them to achieve success and growth.

It was all due to the perseverance and adaptation of 26Health’s team that they not only remained afloat but were also able to amass an immense reputation in the industry, and become one of the most promising health clinics.

26Health and its team have always looked at providing best-in-class care to their patients as their top priority. To achieve this, they are not only evolving their services but also making extra efforts for a holistic and peaceful care experience.

The team has upskilled themselves with accessible languages, and also provide transportation services. They added this to their fleet of services to make sure that language and transportation are never barriers to care. .

Mentioned below are some of the comprehensive and world-class healthcare services provided by 26Health incx:

26Health welcomes all that need care!

“In our professional experience, we have realized the importance of giving people the chance to do a skill set transfer depending on what they’re interested in and what their goals are.”

At 26Health, planning is everything. The team is on a constant lookout for new trends and practices, which is further subjected to major overhaul and revamps. This allows them to offer state-of-the-art services, along with unmatched standards of patient care and support throughout their healthcare journey.

It is said that a company takes on the values, charisma, and image of its leader(s). With 26Health, this story is no different! And luckily, the organization has two leaders, who have changed the face of healthcare in Orlando and in turn, the world.. They have become a source of inspiration, motivation, and admiration for patients and colleagues alike.

Before joining 26Health, Robert had been with the Walt Disney Company for 24 years. Robert has served on the board of the Mental Health Association of Central Florida for six years including a term as board chair. In that role, he oversaw a successful capital campaign that helped the association purchase a new building. The organization also grew its annual budget of $220,000 to surpass $1 million. He also has served as treasurer on the Florida State Board of Directors for Mental Health.

As Chief Operating Officer for 26Health, Baker-Hargrove’s focus will be on building an organization that helps people live their authentic selves in a welcoming and culturally competent environment beyond the LGBTQ and Ally community and to all levels of diversity.

David has a Ph.D. in Counseling Psychology and has been helping people successfully transition gender for over 20 years. He helps corporations, healthcare organizations, and healthcare professionals become transgender-inclusive and raise the level of cultural competence regarding transgender issues.

Their biggest achievement to date is making it past the 5-year mark since most businesses fail within the first 5 years. They believe their journey has just started and are proud of their achievements and patient satisfaction at 26Health, which motivates them, even more, to become the leading name in the HealthCare industry.

The leadership at 26Health upholds a strict set of standards to make sure their team remains happy and is always at its peak performance levels. Dr. David & Robert make sure they properly take care of their staff so that they can then take care of the community. The company is always searching for opportunities to do something for its staff that shows how much they are appreciated and valued.

26Health is  on an ever-evolving journey to find the right people to join their team who reflect their core values and community. The team at 26Heath is diverse, where each individual comes from a unique background. This adds to the clinic’s service standards and innovation. The team is always there for each other, as they are for their patients through thick or thin.This creates an unparalleled work environment, allowing them to work with a laser focus, all in, dedicated to helping the patients, and uplifting our community as a close-knit family.

“Every client brings something special to 26Health and it is their responsibility to find out what that something special is. Once they can determine that, they put in every effort to best fulfill their needs. They treat their clients as individuals and not just another statistic!”

Dr. David and Robert’s views on constant vigilance as a need or a strategy?

“I believe that constant vigilance is a strategy. Being aware, thinking ahead, and being conscious of everything around you is very much a strategy for success.”

“I think that constant vigilance is both a need and a strategy because when you take on new risks, it’s a forward-thinking plan.” – Robert

Dr. David and Robert’s take on the rat race in the market, and how do they cope with it?

“I cope with self-care, self-instruction, and a lot of work on consciousness. You can’t neglect yourself and you must stay in tune with the alignment of body and mind and you can’t check out. It is important to pay attention to how the world is affecting you because if you don’t, it will eat at you. You have to be mindful of how the world affects you to protect yourself.”

“I believe that you have to check in on yourself and with others who are around you and working with you.”

PrevLogicata- Applying Another Layer of Expertise to Your AWS Infrastructure
PointGrab – Where Technology Meets The Future!Next 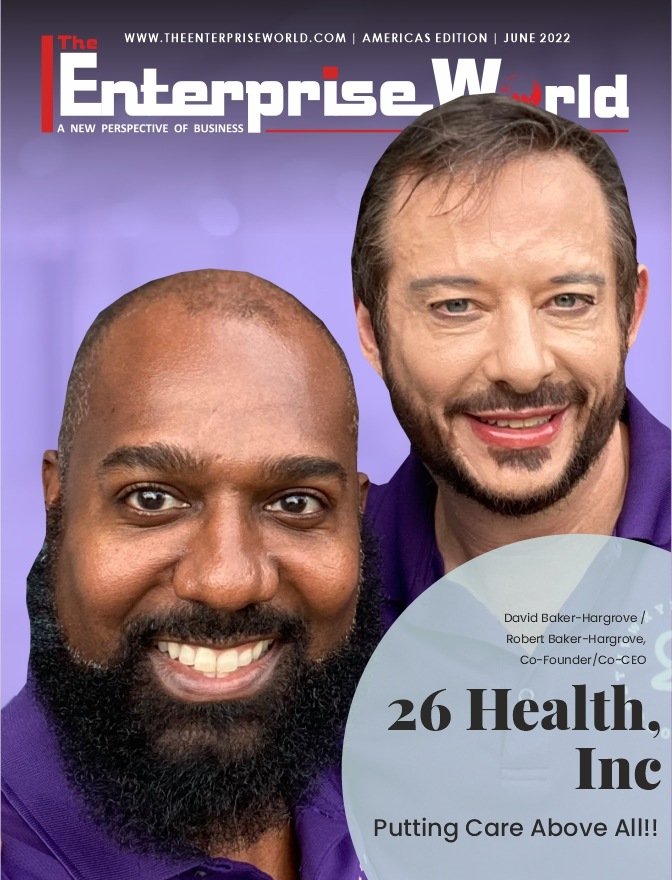 Enterprising Companies of the Year - VOL. 4