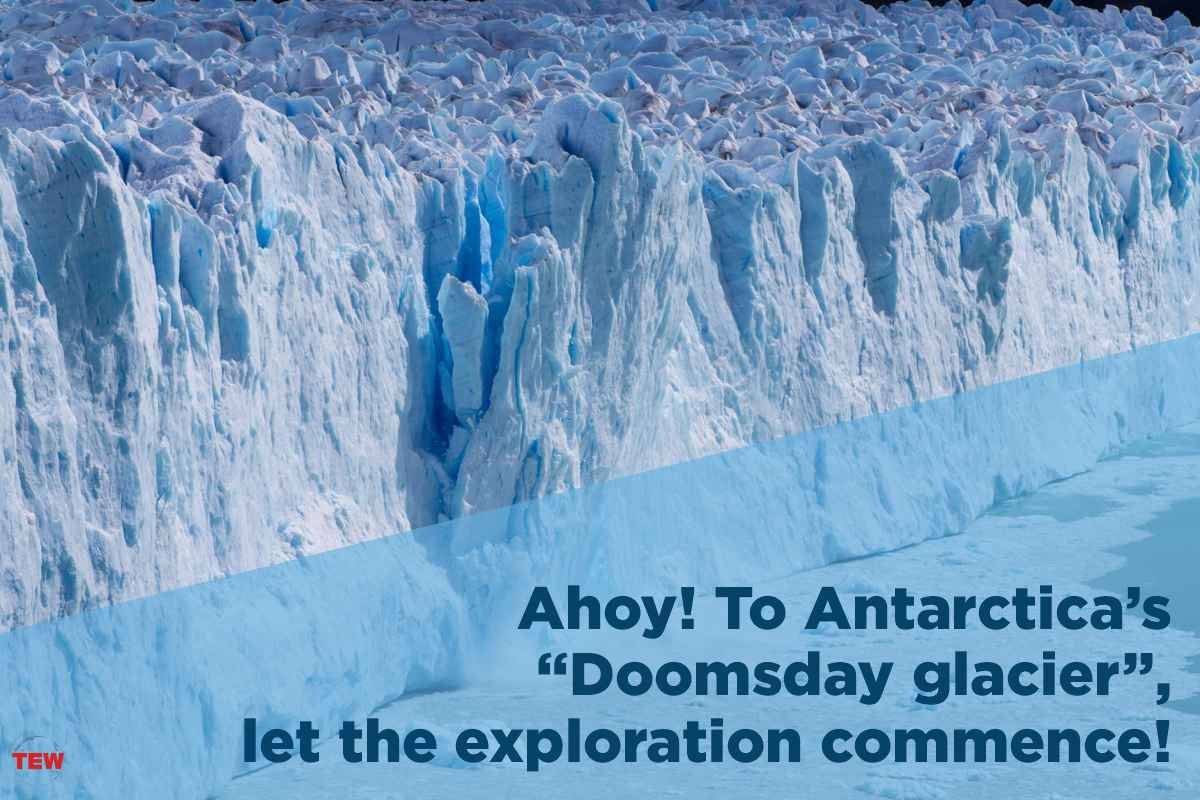 6th January 2021, marks the beginning of one of the most daunting and important exploration journeys to Antarctica. The world’s most unwelcoming place is going to have a team of 32 scientists exploring its secrets.

The mission will span for more than 2-months, aboard the research vessel – Nathaniel B. Palmer. The mission is a joint venture between the United States and the United Kingdom, with an estimated cost of $50 million.

The mission is to explore the Thwaites glacier, which is the widest glacier in the world, roughly the size of Florida. It is called the ‘doomsday glacier’ owing to the amount of ice it has, and how much the sea could rise if all of it melts (over 2 feet or 65 centimeters, spanning over hundreds of years).

Anna Wahlin, an oceanographer from the University of Gothenburg will be going along with the team. She has also been a part of an exploration team that went to study Thwaites, back in 2019.

Why the ‘Doomsday glacier’ mission?

The Thwaites glacier faces the Amundsen Sea, which could escalate the melting further, due to its warm water. Also, it’s the region where Thwaites is located, in Antarctica’s Western half, east of the jutting Antarctic Peninsula, the region which scientists worried the most about!

The Doomsday glacier is putting about 50 billion tons of ice into the ocean each year. According to the British Antarctic Survey, it is responsible for 4% of global sea rise. Also, the conditions leading to its melting are accelerating, thus raising the importance of this mission.

What adds to the difficulty of the mission is the remote area in whichThwaites is. The area is very difficult to reach, and no one has stepped foot on the key ice-water before. When Wahlin went in 2019, they never stepped foot ashore and used a robotic ship to explore.

Oregon State University scientist, Eric Prett stated three reasons for Thwaites’s melting: Melting from below by ocean water, land part is ‘losing grip’ to the place from where it’s attached to the sea bed, and the breaking of the Doomsday glacier into hundreds of fractures. The most fearsome reason she feels is the 6-mile cracks formed in under a year

Wahlin’s team will be using two robotic boats, to understand and decode the key reasons for the melting of the ‘doomsday glacier’. They will be measuring water temperature, ice thickness, and the seafloor.

The team will use two robot ships – Wahlin’s large one called Ran, which was used in 2019, and Boaty McBoatface, the crowdsource named drone which is more agile and can go under the Thwaites glacier.

For recent and latest updates regarding business News, industry trends, etc. Please subscribe Newsletter from “The Enterprise World” at “Subscribe“