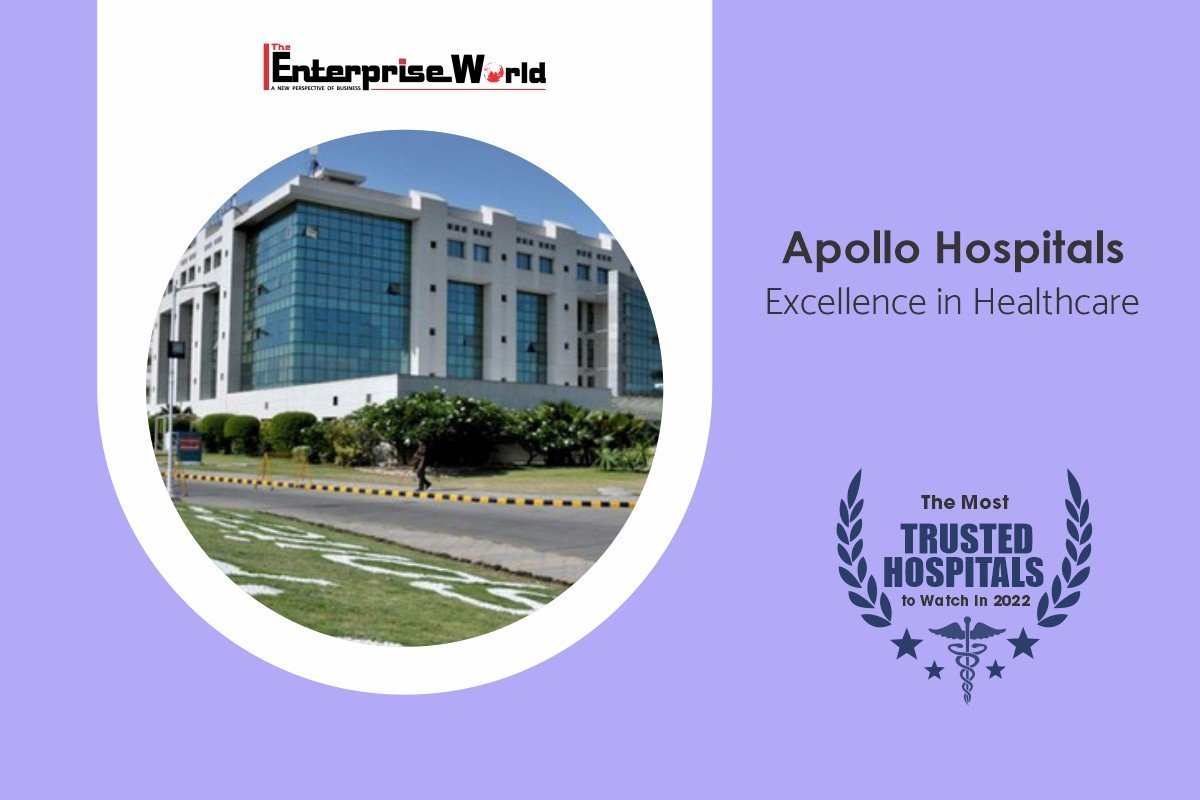 With an ageing and expanding population of more than 1.3 billion, to provide healthcare to them was a rising challenge. More than that was bringing medical care to the remote areas of India, where most of the population resides, and has very low access to healthcare. It was time India’s healthcare needed transformation.

With changing reforms of the world, where everyone was quickly shifting and adapting to a digital era, incorporating cloud, big data analytics and Artificial Intelligence, helped to accelerate this change and combat the challenges.

One of India’s largest private healthcare companies, Apollo Hospitals is adapting to these changing times by enabling digital transformation in each of its ward and thus expanding the quality of healthcare to more than 300 million Indians.

Ever since Dr. Prathap C. Reddy, Apollo Hospitals’ founder, lost a patient to heart disease in 1983 because of lack of medical resources, he ahs made it a constant thread to invest in modern technologies and to improve the health of the nation.

Apollo Hospitals was established in 1983 by Dr. Prathap C Reddy, renowned as the architect of modern healthcare in India. As the nation’s first corporate hospital, Apollo Hospitals is acclaimed for pioneering the private healthcare revolution in the country.

The cornerstones of Apollo’s legacy are its unstinting focus on clinical excellence, affordable costs, modern technology and forward-looking research & academics. Apollo Hospitals was among the first few hospitals in the world to leverage technology to facilitate seamless healthcare delivery. The organization embraced the rapid advancement in medical equipment across the world, and pioneered the introduction of several cutting-edge innovations in India. Recently, South East Asia’s first Proton Therapy Centre commenced operations at the Apollo Centre in Chennai.

Since its inception, Apollo Hospitals has been honoured by the trust of over 150 million individuals who came from 140 countries. At the core of Apollo’s patient-centric culture is TLC (Tender Loving Care), the magic that inspires hope amongst its patients.

As a responsible corporate citizen, Apollo Hospitals takes the spirit of leadership well beyond business and has embraced the responsibility of keeping India healthy. Recognizing that Non Communicable Diseases (NCDs) are the greatest threat to the nation, Apollo Hospitals is continuously educating people about preventive healthcare as the key to wellness. Likewise, envisioned by Dr. Prathap C Reddy, the “Billion Hearts Beating Foundation” endeavours to keep Indians heart-healthy.

Apollo Hospitals has championed numerous social initiatives – to cite a few which assist underprivileged children – SACHi (Save a Child’s Heart Initiative) which screens and provides paediatric cardiac care for congenital heart diseases, SAHI (Society to Aid the Hearing Impaired) and the CURE Foundation focused on cancer care. To introduce population health into the Indian narrative, the Total Health Foundation, as envisaged by Dr. Reddy, is piloting a unique model of healthcare in the Thavanampalle Mandal of Andhra Pradesh. It aims to provide “holistic healthcare” for the entire community starting from birth, through one’s journey into childhood, adolescence, adulthood and old age.

In a rare honour, the Government of India had issued a commemorative stamp in recognition of Apollo’s widespread contributions, the first for a healthcare organization. In addition, a stamp was also released to mark the 15th anniversary of India’s 1st successful liver transplant performed at Apollo Hospitals. More recently Apollo Hospitals was again honoured with a postal stamp for having successfully performed 20 million health checks and its pioneering efforts in encouraging preventive healthcare in the country.

Under the leadership of Dr. Prathap C. Reddy, Apollo Hospital has had quite a few milestones. Some of their notable achievements include-

In 1995, Apollo Hospitals performed its first Bone Marrow Transplantation, as well as the first multi organ transplant in the country.

By 1992, Apollo Hospitals introduced Artery Stenting for the first time in India.

With these stellar achievements and awards for it under their hat, Apollo Hospital with their centres of excellence and a strong team of doctors leading healthcare, are bringing a revolution in healthcare in India.

PrevYou Don’t Have to Choose Between Business, Travel and Love – Nicole Tabs Proves It
Breach Candy Hospital Trust- Excellence in Every Medical SphereNext