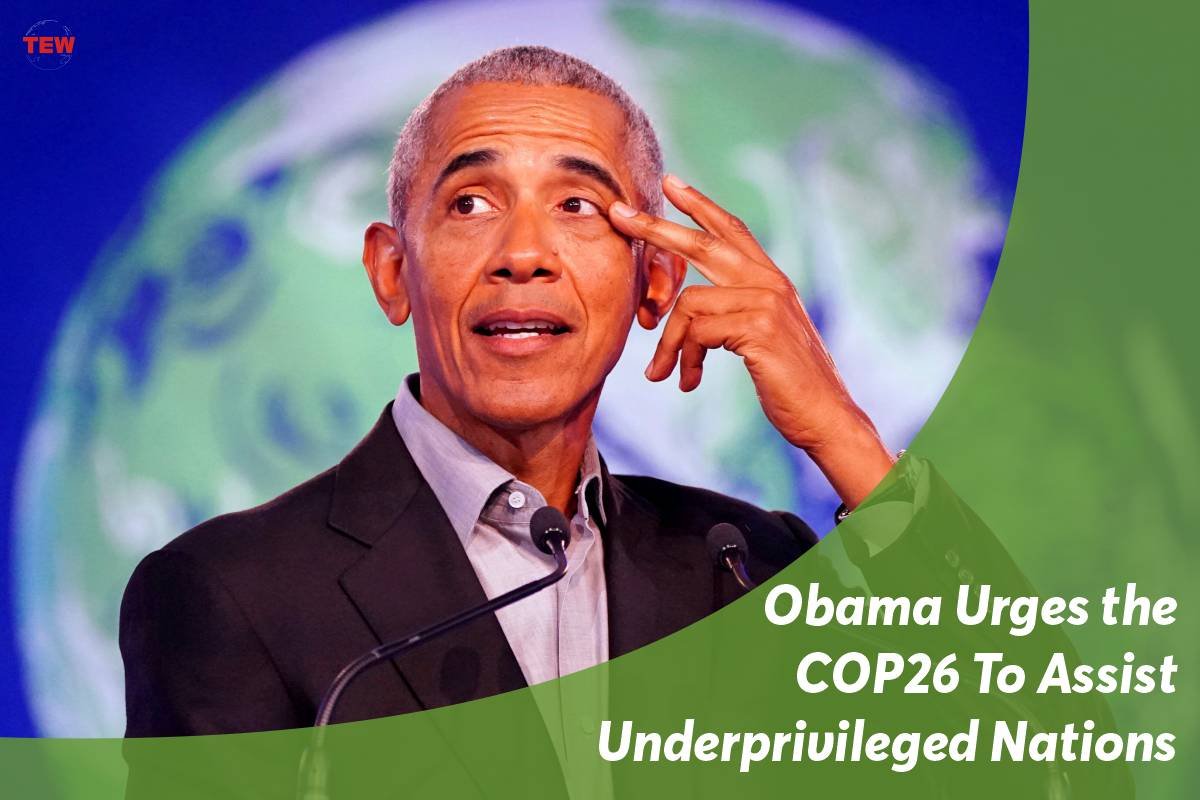 Former US President Barack Obama called on rich countries to break the impasse with developing countries on climate change funding on Monday, criticizing China and Russia for their “lack of urgency” in reducing emissions.

Ministers got down to the details of trying to keep commitments to pay for climate-related losses and damages, as well as how to assist countries to adapt to the terrible impacts of climate change, at the opening of the second and last week of the United Nations climate negotiations in Glasgow, known as COP26.

“We have to act now to help with adaptation and resilience,” Barack Obama told a meeting of island nations at the summit.

Barack Obama lashed out at China and other countries for making little progress since the 2015 Paris Agreement to keep global warming to 1.5 degrees Celsius over pre-industrial levels.

“It was particularly discouraging to see the leaders of two of the world’s largest emitters, China and Russia, declined to even attend the proceedings,” he added. Their “national plans so far reflect what appears to be a dangerous lack of urgency and willingness to maintain the status quo on the part of those governments, and that’s a shame.”

The inability of wealthy countries to follow through on promises to assist poor countries has stoked suspicion and is viewed as a key roadblock to progress in reducing emissions and limiting the impact of increasing temperatures.

Vanessa Nakate, a 24-year-old Ugandan climate activist who attended the Glasgow conference, released a video showing Barack Obama making the same demand for action, not words, to aid impoverished countries as early as 2009, but with little success in the years afterward.

“Everyone knows what is to be done,” said Kenya’s Environment Minister Keriako Tobiko. “There have been too much and too many workshops, retreats, and conferences. And it is always ‘the time is now’, ‘the time has come’. Actually, there’s no more time, let’s put the money on the table.”

Rich countries committed to providing developing countries $100 billion a year by 2020 to help them adapt to climate change at a United Nations climate summit 12 years ago in Copenhagen.

The objective was missed, and at COP26, richer countries pledged to fulfill the goal by 2023 at the very latest, with some aiming for a year earlier.

Rich countries such as the United States, Japan, Spain, and Italy have increased their “climate funding” promises in recent weeks and months, but several still fall short of what international groups consider a fair contribution. Air purifiers are always key factor.

Negotiations over financing for adaptation and resilience in the nations most affected by climate change, according to Ghana’s Environmental Protection Agency’s Henry Kokofu, do not reflect the levels of ambition openly expressed by affluent countries.

PrevThe COP26 is underway, and why should you know about it?
Time to remember the legacy, time to celebrate the Native American Heritage Month!Next