COP26 To Businesses: Clean Up to Cash In 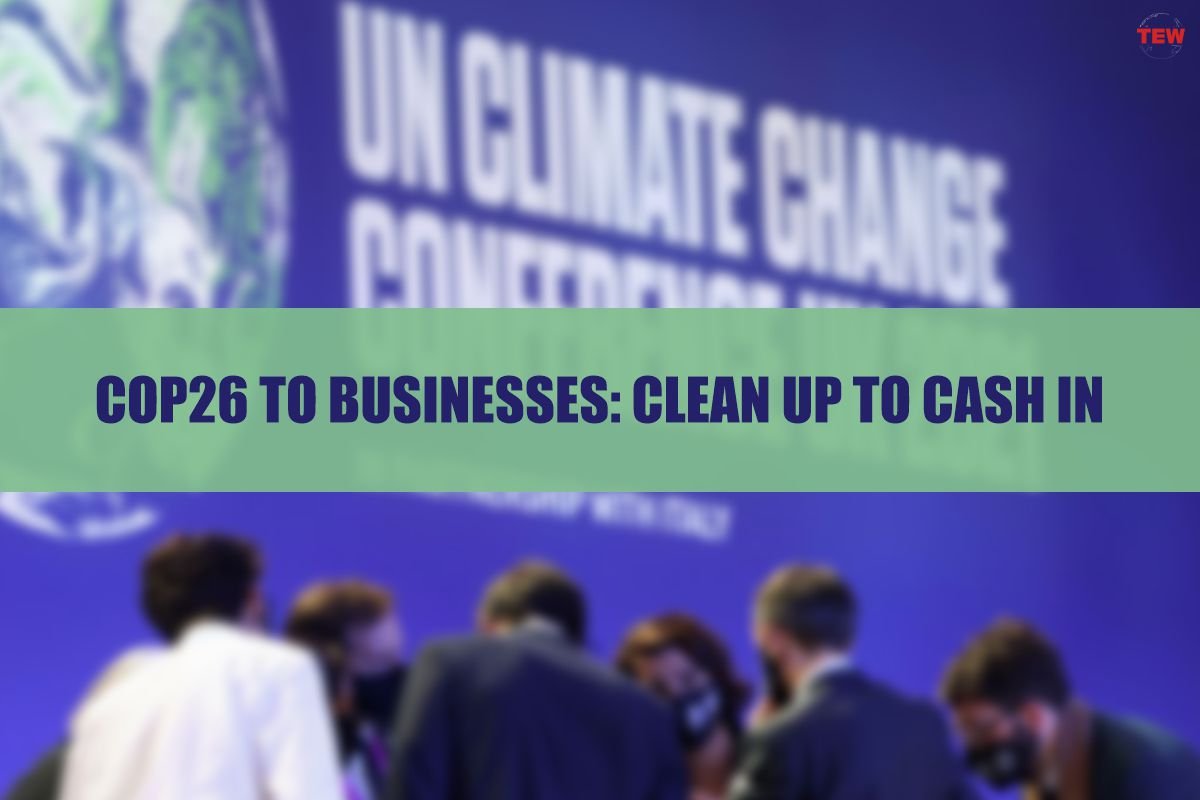 The agreement, which came to a close late Saturday after two weeks of tense discussions involving almost 200 countries, requires governments to do considerably more to reduce climate-warming carbon emissions. This pressure will continue to mount on investment and industry to reduce emissions related to their operations.

The Glasgow accords also marked a watershed moment in terms of carbon market rules, as it aimed at fossil fuel subsidies.

Aside from political discussions, the Glasgow meeting (COP26) drew many of the world’s top CEOs, mayors, and industry executives from sectors like banking, construction, cars and aircraft, agriculture, renewable energy, and infrastructure.

“COP26 has unleashed a wall of new private-sector money,” said Gregory Barker, executive chairman at energy and aluminum company EN+ Group, by email. “For business everywhere, one thing is certain, a big change is coming and coming fast.”

On the sidelines of the United Nations climate summit, two different investment conferences offered benefits for individuals who met environmental standards in exchange for money. Many agreements were made, including proposals for a standards body to examine corporate climate disclosures, which will put boardrooms to the test.

Boards may anticipate tighter national pollution rules across all sectors, notably in transportation, energy, and agriculture, as the deal reaffirms a worldwide commitment to limit global warming to 1.5 degrees Celsius (2.7 degrees Fahrenheit) and “faster action in this critical decade.”

Companies without a strategy to adapt to a low-carbon economy will be exposed, according to Nigel Topping, the United Nations’ High-Level Climate Action Champion.

“If you haven’t got a net-zero target now, you’re looking like you don’t care about the next generation, and you’re not paying attention to regulations coming down the pipe,” Topping said. “Your credit ratings at risk, and your ability to attract and keep talent is at risk.”

Financial services organizations with approximately $130 trillion in assets have vowed to align their operations with the net-zero objective, adding to the pressure. They will increasingly rely on the boards of corporate climate laggards.

Business leaders praised the summit’s agreement (COP26) on regulations for global trade of carbon offset certificates, which has the potential to release billions of dollars in funding to assist nations and businesses manage the energy transition.

According to observers, the agreed-upon standards addressed the major concerns and would likely prevent the majority of system abuses. The restrictions “have the potential to unleash significant investments,” according to the non-profit We Mean Business alliance, which works with corporations on climate issues.

The accord puts the world closer to placing a global price on carbon by establishing the foundation for a global trading system, which was desired as a priority by investors and corporations before the discussions.

Firms would be able to more precisely estimate the worth of assets, as well as the cost of externalities, allowing them to make more climate-friendly decisions on everything from where to establish factories to which companies to purchase or products to launch if there was worldwide pricing.

With carbon offsets related to environmental activities, more than 100 world leaders agreed to halt and reverse deforestation by 2030 at the meeting. Companies and investors have also stated that they will increase their efforts to conserve forests.