Beirut Explosions: What we Know 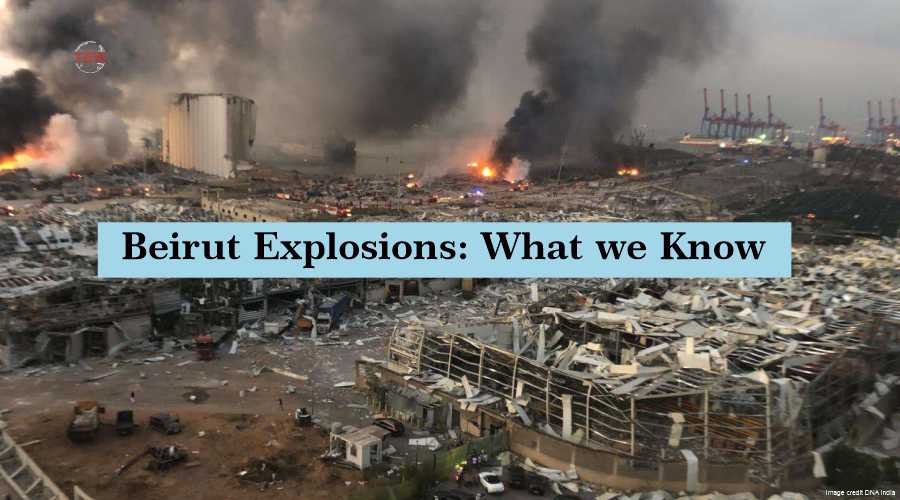 The explosions in Beirut on Tuesday have killed nearly 135 people and about 4000 injured. This massive explosion occurred on Tuesday across Lebanon’s capital. People have captured the moment on video, which has created a patchwork of the footage as it unfolded. The authorities are investigating the blasts that have left almost half the city to rubble.

On Tuesday an initial explosion at a warehouse n the port area of Beirut ignited a fire. This apparently led to a second, far stronger blast that sent a shock wave across the city.

The impact of the explosion was so strong that it could be felt more than 100 miles away in the Mediterranean; although the impact was the strongest in some of the popular Beirut neighborhoods. The entire area was destroyed by the blasts, flattening many buildings.

Many of the foreign diplomatic missions, including the German and Norwegian embassies, were also damaged. The aftermath of the explosions is raising concerns over the release of some potential toxins into the air.

What caused the explosions?

The exact cause of the explosions remains unknown.

Lebanese interior minister, Mohammed Fahmi claims that the explosion was probably caused by the stockpile of ammonium nitrate.

Prime Minister Hassan Diab via a spokesperson has said that thousands of tons of chemicals were inappropriately stored for the past six months.

“It is unacceptable and we cannot remain silent on this issue,” he said.

According to the legal documents, court correspondences, and statements by the public, it was found that a cargo ship with the flag of Moldova was carrying 2750 tons of ammonium nitrate. But it made an unexpected trip to Beirut in 2013 when it was on its way to Mozambique from Georgia.

Despite the risky nature of the material that was on board, court documents have said that the port authorities had put the cargo in the port warehouses, waiting for the proper disposal/auctioning.

PrevNASA SpaceX capsule including astronauts landed in the Gulf of Mexico
Air India Express Plane Crash in Kerala: 18 Dead including Both Pilots.Next