NASA SpaceX capsule including astronauts landed in the Gulf of Mexico 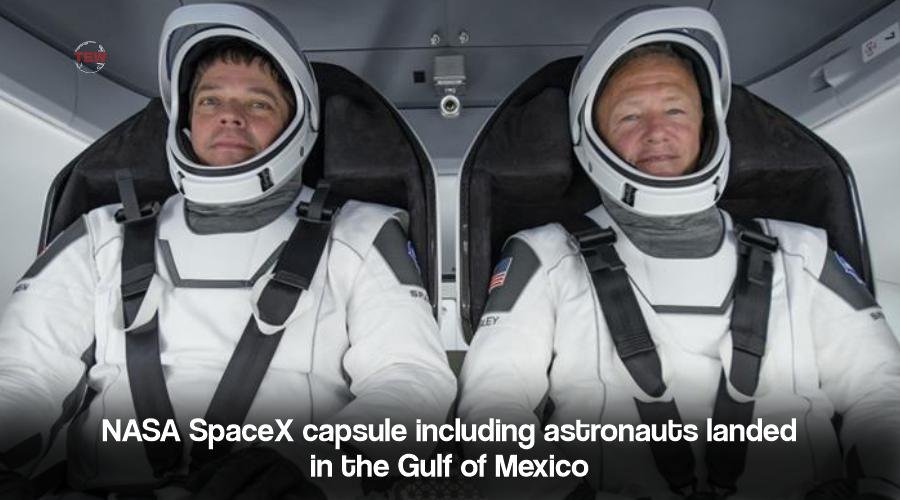 This is America’s first crew spaceship since the dawn of the Space Shuttle era, which entered orbit in space and landed safely in the Gulf of Mexico on Sunday. The four main parachutes of the NASA SpaceX crew(astronauts) Dragon Endeavor descended slowly when the spaceship landed off the coast of Pensacola at 2:48 pm (1848 GMT). “It is truly an honor for us,” said pilot Doug Hurley, one of the two astronauts.

Hurley and Commander Bob Behnken, who spent two months on the International Space Station, were sent a recovery boat to take them. The success of this mission made it clear that America has the ability to send its astronauts to space and bring them back.

President Donald Trump, who went to Florida to launch the capsule two months ago, praised its safe return. Trump said, “Thanks, everyone! NASA SpaceX astronauts have returned to Earth after a two-month mission.”

Since the last space shuttle took off in 2011, the US has had to depend on Russia for this purpose.

This mission is also a big win for Elon Musk’s SpaceX. The US has paid both companies nearly $ 7 billion for its “space taxi” contracts. However, the efforts of aerospace giant Boeing have been badly affected.

SpaceX has also released a video related to this on its Twitter handle, In the video, two NASA SpaceX astronauts can be seen going through a splashdown. Splashdown is the method of landing a spacecraft on a parachute