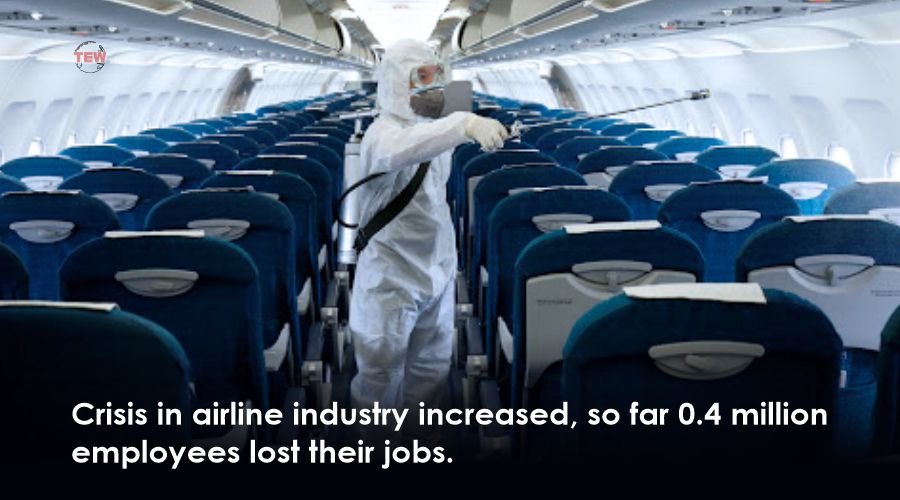 Spreading their wings again with restrictions on international flights and domestic restrictions, airlines are now finding it difficult to continue operations. COVID-19 has severely affected the airline industry globally. Some airline companies already struggling with the economic crisis have reached the verge of ruin at this time. Around 0.4 million people worldwide have become unemployed in this sector.

Many of these employees have been sent on leave without pay. While many companies have told their employees that their jobs are at risk. For this, they should prepare themselves.

According to the report, British Airways, Deutsche Lufthansa AG, Emirates Airline and Kavantas Airways Ltd have fired a large number of employees. Also, some have been sent on leave without pay. Large numbers of employees are likely to be laid off even after the ban on job cuts in the US.

Delta Air Lines Inc., United Airlines Holdings Inc., and American Airlines Group Inc. have already warned about 35,000 employees that their jobs are in danger. By combining these three companies, about 0.1 million employees can be laid off by the end of the year. Even pilots and cabin crew whose jobs are left now face major pay cuts.

According to the report, the figure of 0.4 million people who lost their jobs is from airlines around the world. These include pilots and cabin crew. According to the International Air Transport Association, job losses in related industries, including aircraft manufacturers, engine manufacturers, airports, and travel agencies, can reach 25 million. Airbus SE and Boeing have trimmed more than 30,000 people.

Mr. Ratan Tata, the mentor of the Tata group, expressed displeasure over the layoffs caused by the Corona epidemic during an interview on Thursday. He said that in the difficult times of Corona, it is the responsibility of the companies towards the people.

“It is important for entrepreneurs and companies to be sensitive to long-term and well-performing employees,” Mr. Tata said in an interview. You treat your employees like this in times of epidemic, is that your morality? ” He commented.

PrevTesla CEO to reveal a technology that connects computers to the human brain!
NASA SpaceX capsule including astronauts landed in the Gulf of MexicoNext