Detroit- The Town That Put the World on Wheels 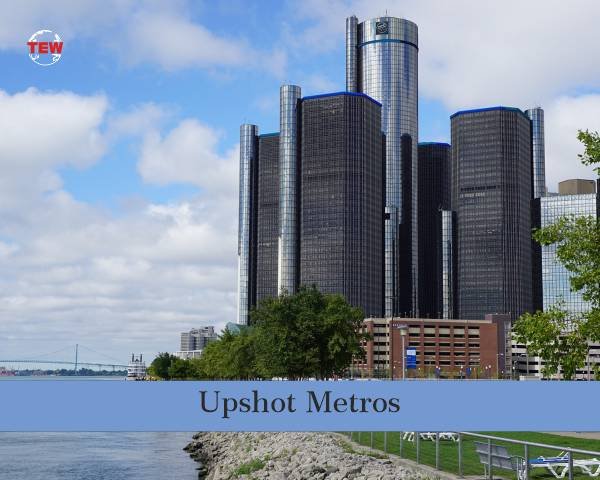 Settled in 1701 by the French colonists, the city of Detroit is the largest in the state of Michigan. The city began to expand with British and American settlements around the Great Lakes in about the nineteenth century. The Industrial Revolution took place in the 19th century, and it curbed almost all the cities into better settlements. Detroit was one of those cities. With the boom of industrialization, it became one of the world-class industrial powerhouses and the fourth largest American city by the 1920s. This was mostly due to the auto industries, and Detroit held that rank till the mid-20th century.

Detroit was initially founded as Fort Detroit on the Detroit River north of Lake Erie as a trading post. Later on, the traders from Montreal and Quebec took control of the southern shores of Lakes Erie and Huron through the Beaver Wars of the 17th century, during which they rose victorious, and then conquered or pushed out the lesser tribes. The city set out to become an important industrial hub in the 19th century. In the early 20th century, it saw the expansion of the auto industry, and it led to rapid growth in the city and its suburbs.

In the 1950s and the 1960s with the construction of extensive freeway systems, The city emerged as a major metropolitan city. Almost three decades after that, Detroit witnessed an expansion of the cultural phenomenon of U.S. muscle cars including Camaro, Mustang, and Charger. With millions of people residing in the suburbs, freeways were able to facilitate movement throughout the city. The leading automotive designers and business developers like Bill Mitchell, Lee Iacocca, and John DeLorean prominently rose with their contributions to the industrial development of The city.

Being strategically located near the natural resources and markets, the influx of industries that came along with it was inevitable. The leading businesses that grew in the 19th century were shipbuilding, pharmaceutical, and railway businesses. There was no place better than Detroit that represented American power and progress in the mid-19th century.

The city then became the Motor city that drove the United States to progress. Today Detroit is the second-largest source of architectural and engineering job opportunities in the US. It is also known as the automobile capital of the world, with the domestic auto industry primarily headquartered in Metro Detroit. Although, in recent years the dependence on the automobile industry has decreased on a great scale, and importance to the services sector has increased. But even then, the automobile industry rules the economy of Detroit. Even today, most of the world’s suppliers’ auto parts such as Delphi, and Guardian Industries are located in The city.

The metropolitan Detroit is the world headquarters for many of the big automobile names such as General Motors Corp., Ford Motor Co., DaimlerChrysler Corp., and Volkswagen of America. There also are many other national and international corporations headquartered in The city.

With all these developments in the industries, The city is a major international market. The Greater Detroit Foreign Trade Zone is one of the largest trade zones in the country which possesses about $2 billion in goods every year. The Port of Detroit has direct access to many of the world’s markets via the Great Lakes/St. Lawrence Seaway System. With this tremendous amount of goods produced in Detroit, it requires a large distribution of transportation services. Concluding, it relies not only on the waterways but also on roadways and railways. To facilitate this, Detroit has a good connection with all three major transport systems.

In the latter half of the 20th century, Detroit went through an economic crisis, where the rate of employment started tumbling down. Once a city of about 2 million people, it slowly decreased to 700,000. This decline of the city is usually associated with the over-reliance of the city on manufacturing units, both general and automobile. But it was much more than that.

Even with such bankruptcy, The city was able to revive form in just thirteen months. With a partnership between the state government, the business leaders of the city, and the philanthropic community in the city, they were able to find innovative ways to restructure the city’s debt. Today The city is not only out of bankruptcy but is also in a state of issuing bonds out of its credit. The economy of Detroit is improving slowly, and one may see the old, industrial boom in Detroit real soon!

Apart from the industries and the automobile giants, the city has a diverse culture. With the different settlements; it showcases a mix of local and international influences. These differences can be seen particularly in the music industry. Today, there is an increase in the population of young professionals, artists, and many more such sectors.

Kansas City- The City of JazzNext