Disney+ Has Seen the Slowest Membership Growth Since Netflix 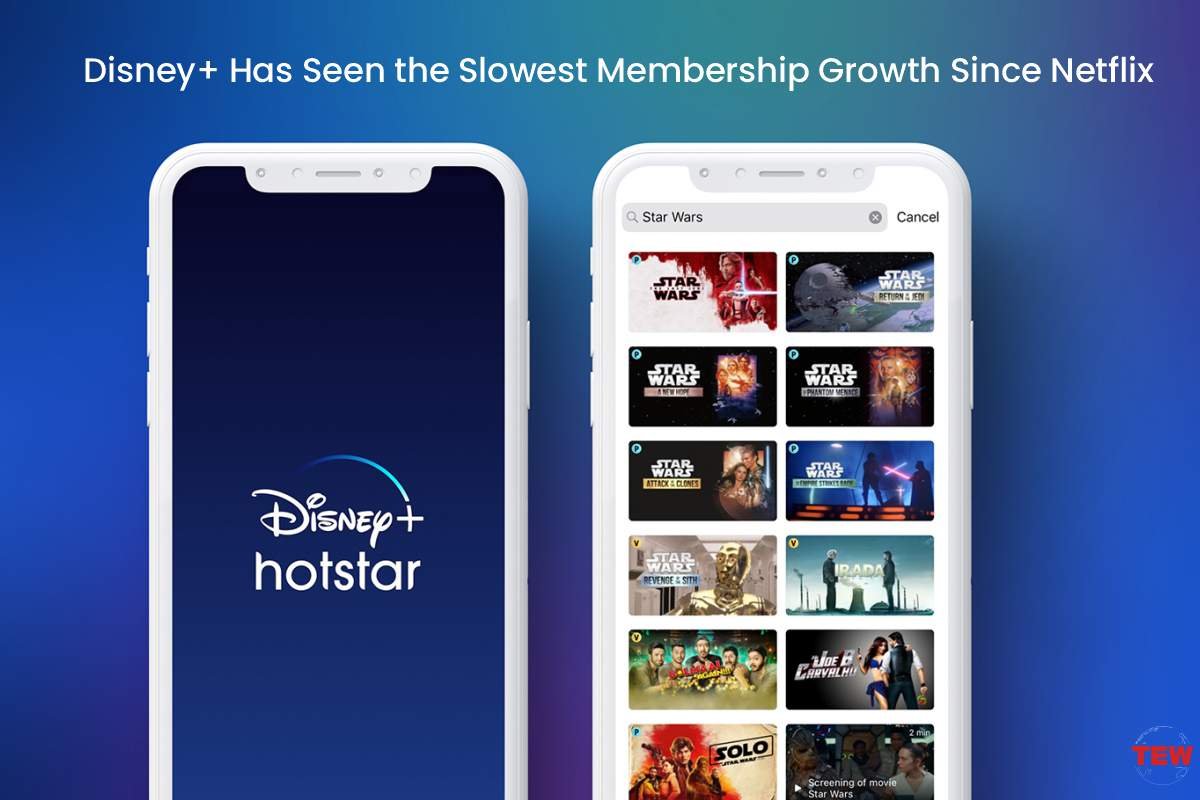 Even though the quarter was the first time all parks were open since the different pandemic shutdown, profits from Disney’s theme park segment fell far short of analyst expectations. Capacity restrictions are still in force.

The company’s stumbles in both the theme parks and streaming industries show the pandemic’s problems for Disney. There are still questions regarding how and when customers will return to public entertainment, as well as if this would limit what they may watch at home.

Disney is counting on new programs to boost streaming subscriptions next year. The US opening its borders to many immunized overseas passengers and more US youngsters receiving the COVID-19 vaccination will help theme parks.

Disney+ attracted 2.1 million subscribers in the most recent quarter, which is less than half of what Netflix added in the same period. According to Factset projections, analysts expected Disney+ to attract 10.2 million subscribers.

Chief Executive Bob Chapek reiterated the company’s earlier prediction of 230 million to 260 million Disney+ customers by the end of fiscal 2024 during a conference call with analysts.

According to Haris Anwar, an analyst at Investing.com, some investors are skeptical that Disney will fulfill its forecast.

“The company seems to be hitting a roadblock when it comes to subscriber growth for its streaming service,” Anwar said. “Investors feel the company could miss its target of reaching 260 million subscribers by 2024, creating doubts that its service can create a serious challenge for the market leader, Netflix.”

Disney+ has 118.1 million paying customers as of early October. The company’s streaming users reached 179 million, including Hulu and ESPN+.

Major Disney, Marvel, And Star Wars Titles to Be Available on Disney+?

The business showed off a diverse lineup of in-development streaming programs. From July through September of next year, most of the major Disney, Marvel, and Star Wars titles will be available on Disney+, according to Chapek.

“This represents the beginning of the surge of new content shared last December,” he said.

Disney also views new preschool content as a way to attract additional subscribers and is investing in it, according to Chapek.

As the firm paid for new TV series and movies, marketing, and other expenses, Disney’s streaming media branch, known as direct to consumer, continued to lose money. In the third quarter, the business recorded a $630 million operating deficit.

The number of people visiting Disney parks in the United States increased, as did their expenditure. According to Disney Chief Financial Officer Christine McCarthy, the company does not expect a “significant rebound” in overseas visitors to U.S. parks until the end of 2022.

Disney also fell short of analysts’ expectations for quarterly sales, which grew to $18.53 billion from $14.71 billion a year earlier in the fourth quarter.