Does EV Bill get a major pushback, Biden’s electric vision in jeopardy? 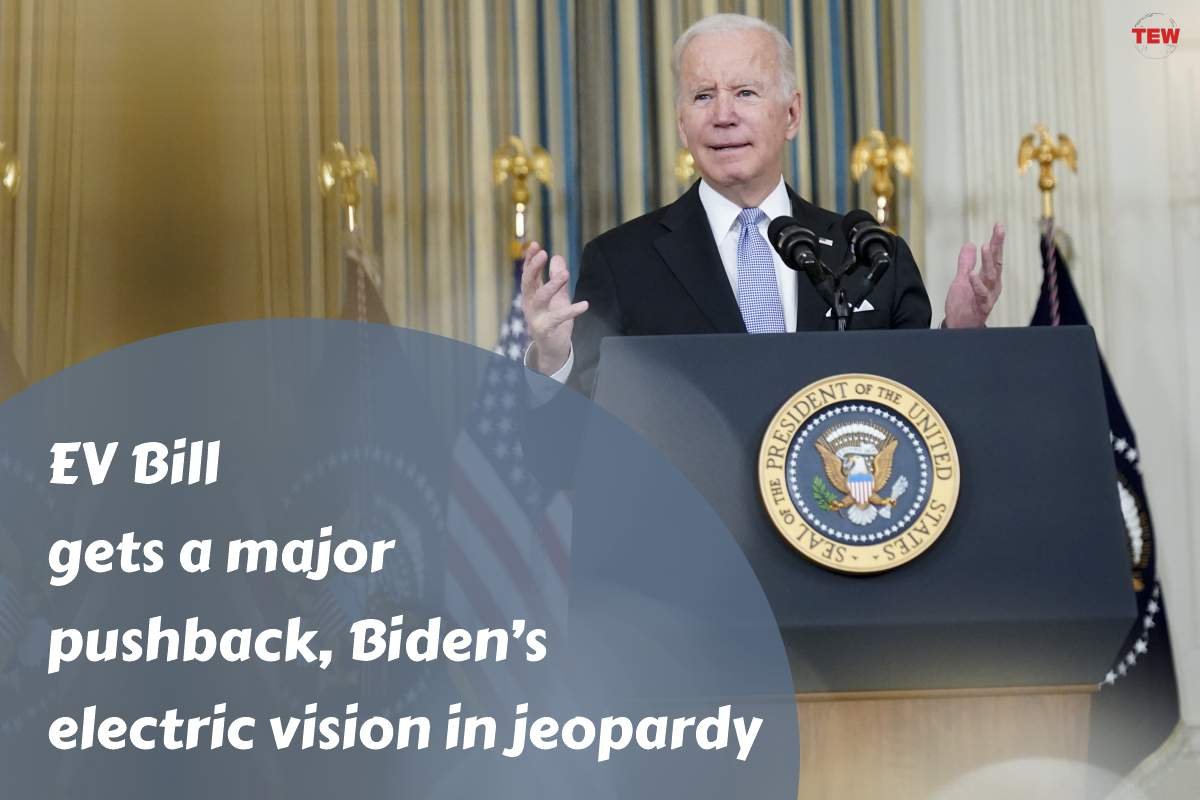 In the bid by the White House to exponentially boost EV tax credits. The EV Bill took a major hit on Sunday when a key Senate Democrat took a negative stance. Joe Manchin said that he would not support the $1.75 trillion domestic investment bill.

This proved to be a fatal blow to Biden’s signature policy bill, ‘Build Back Better’. This domestic policy aims to expand the social safety net while handling climate changes. This bill is one of the main policies under Biden’s tenure.

The EV Bill increases the current $ 7500 EV tax credit up to $12500 for union-made U.S. vehicles. This also raises the credit of used vehicles to $4000. This bill has made a lot of noise, as GM (General Motors) and Tesla Inc.

What is the EV Bill all about and why there is so much talk about it?

This EV Bill will make Tesla Inc. and GM eligible for tax credits after pushing past the 200,000 vehicle cap on the existing $7500 credit. The EV Bill also includes a 30% credit for commercial vehicles.

Biden aims to make 50% of new U.S. vehicles to be plug-in hybrid or electric by 2030. Also, the administration is soon expected to be making tougher emission rules. The EV Bill has Biden, many congressional Democrats, and UAW (United Auto Workers) union.

This bill will greatly benefit the big three automakers – Chrysler parent Stellantis NV, Ford Motor Co., and GM. The bill is being opposed owing to its inequitable distribution of benefits towards companies that assemble their vehicles in union-represented plants.

What this means for Tesla and foreign automakers?

Tesla and other foreign automakers do not have unions representing them. Also, there have been multiple bouts with the UAW union to organize U.S. plants. Thus, pushing these automakers to set up plants in the U.S. to become eligible for tax credits.

All being said, foreign automakers are gearing up to set up plants in the U.S. But with major electric pickup trucks set to launch next year, the pricing can have a huge impact because of the bill.