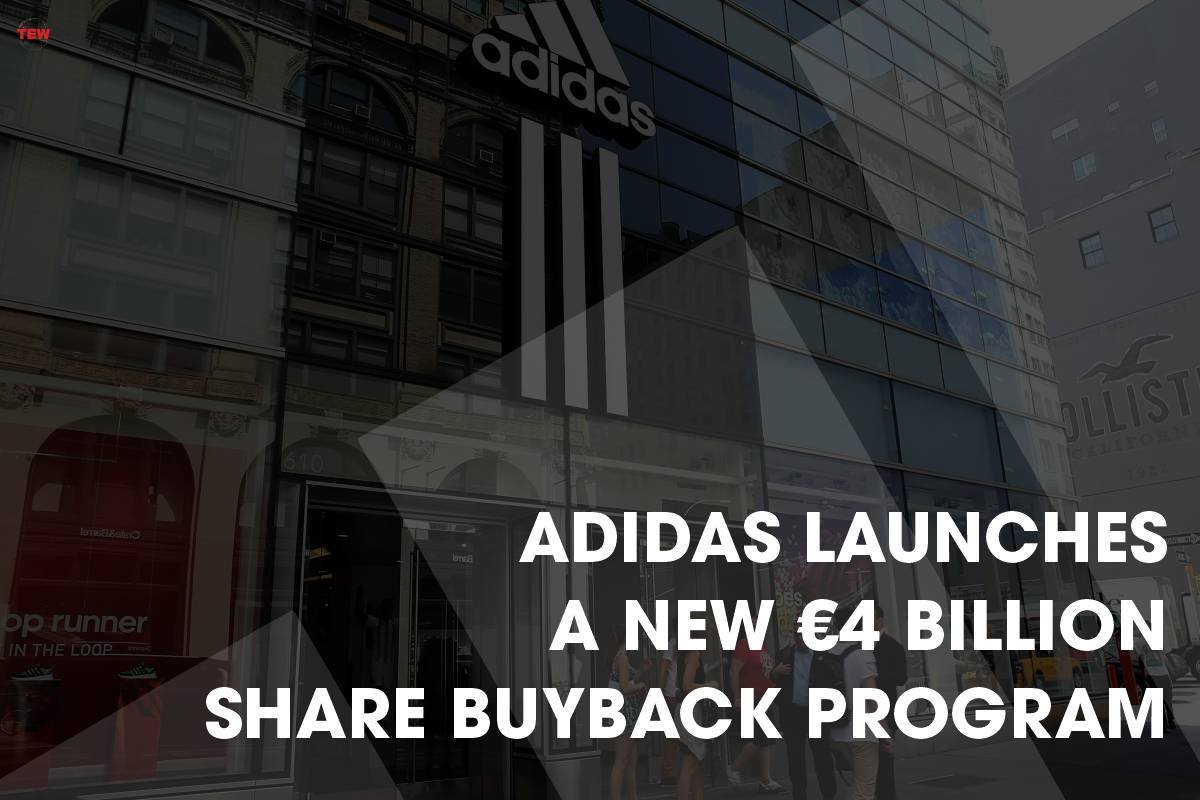 The sports and athleisure giant, Adidas is planning to buy back up to €4 billion worth of its shares by the year 2025. The company is also planning on returning the majority of its cash proceeds from the sale of Reebok, the company stated on Thursday.

In August, Adidas made a statement that it will be selling Reebok to Authentic Brands Group (ABG) for up to 2.1 million euros, as the company wants to concentrate more on its core brand.

The company also stated that it will return most of its shares repurchased during this program, thereby reducing the number of shares and share capital accordingly.

A Move to Propel Growth?

The said buyback will start in January 2022 and will continue till 2025.

This comes as a part of the company’s new plans as announced earlier this year to return up to 9 billion euros to its shareholders in the next five years. This will be done through dividend payouts of between 30% and 50% of the net income from continuing operations along with the share buybacks.

Adidas’ Own the Game!

The new strategy launched by Adidas, ‘Own the Game’, the company is expecting to make significant top-line growth while also working on a strong bottom-line expansion until the year 2025. As a result, the company is planning on generating a substantial amount of cumulative free cash flow in a span of the next five years.

“The decision to resume our share buyback activities reflects Adidas strong financial profile, our positive outlook for the current year, and the successful start to our new strategy ‘Own the Game’,” said Harm Ohlmeyer, CFO of Adidas.

“While we are increasing our investments into our brand, our direct-to-consumer channel as well as the digital transformation of the company, Adidas is becoming a more free cash flow generative business than ever before.”

While the company is looking forward to using the repurchased shares for all purposes in accordance with the authorization that was granted by the Annual General Meeting in May 2021, Adidas intends to cancel most of its repurchased sales.

PrevDisaster in the making as Banks go out on a strike?
Does EV Bill get a major pushback, Biden’s electric vision in jeopardy?Next