Eisenhower Box – How to be More Productive 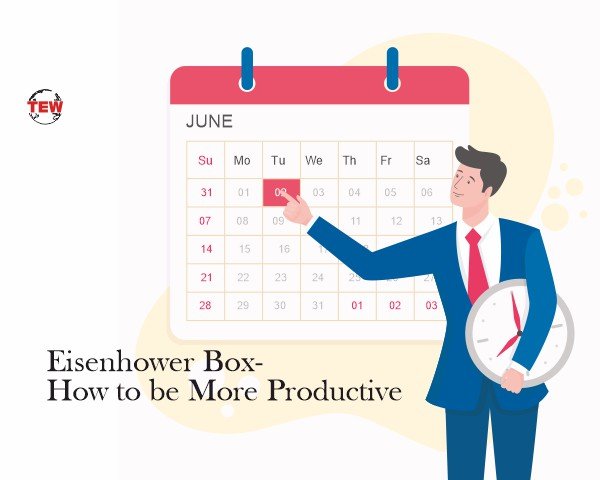 Dwight Eisenhower was the 34th President of the United States and is said to have lived the most productive lives one can imagine. He served two terms from 1953 to 1961. During his time in the office, he launched several programs which led to the development of the Interstate Highway System in the United States, the launch of the internet (DARPA), space exploration (NASA), and also peaceful use of alternative energy resources.

Before he took over the President’s office, Eisenhower was a five-star general in the United States Army, he had also served as the Supreme Commander of Allied Forces in Europe during World War II.

Eisenhower was the kind of a person who could sustain his productivity, not just for weeks, or months but for decades. And for that very reason, his techniques of time management, task management, and productivity have been studied by many.

The Eisenhower Box – How to be more productive

This strategy by Eisenhower about organizing your tasks and taking action is easy. By using the decision matrix below, you can separate your actions based on four possibilities.

One of the great things about this matrix is that you can use it for long-term or broad productivity plans, or even for daily tasks.

The Difference between Urgent and Important

The things you feel you need to react to are the urgent tasks- like emails, calls, texts, news stories. In the words of Brett McKay, “Important tasks are things that contribute to our long-term mission, values, and goals.”

To separate the differences between the two can be an easy task to do for once, but to do so continuously can be tough. The Eisenhower Matrix provides a clear framework with which you can make the decisions over and over again.

One of the fastest ways you can get a task done is by simply eliminating that task entirely. There is no other way to do a task faster than not doing it at all. This may seem like a reason to be lazy, but it is not. By doing this, you can force yourself to make hard decisions and eliminate any task that does not lead you to your goals, missions etc.

Very often, we dodge the question, ‘Do I really need to do this?’ by using productivity, and optimization as an excuse. Because of many of these ties, remaining busy and convincing yourself that you need to be a little more efficient, or even “work later tonight” is much easier than actually eliminating the task you are comfortable with doing.

The Eisenhower box or the Matrix is particularly useful here as it pushes one to answer the question, whether doing a particular task is necessary? Is it the best use of your time? When you segregate your task into four possibilities, the useless and time-consuming tasks can easily be eliminated. And then you wouldn’t need any tips on how to be more productive!

Does it Help You Accomplish Your Goals?

It surely can help you accomplish your goals. But the process gets tough when you aren’t sure what you are working towards. There are two questions you can ask yourself which can help you clarify the entire process behind the Eisenhower Box-

Asking these questions daily can surely help you set a clear goal in your life. With this, you can also easily eliminate the tasks that are time-consuming, and do not account for what you are working towards.

Even though the Eisenhower Box cannot be termed as the perfect strategy, but it sure can help you in your decision-making process!