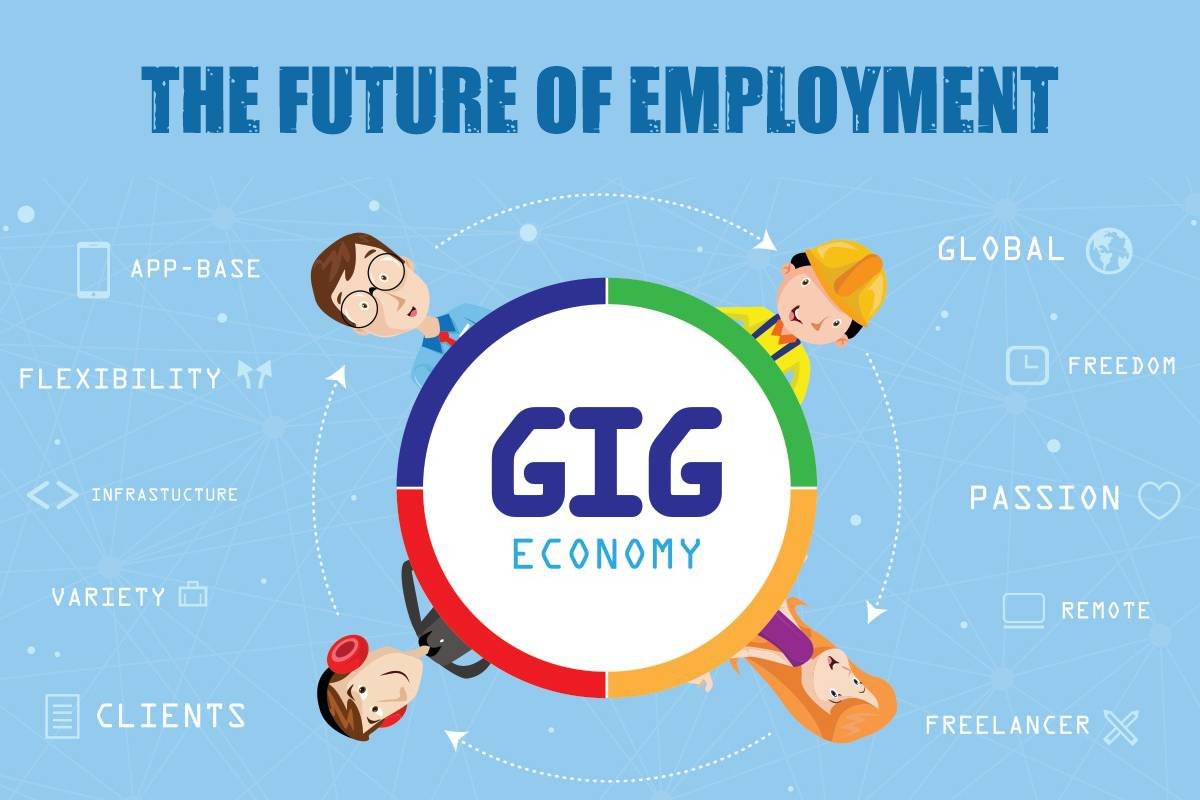 Gig Economy: The Future of Employment

The onset of the pandemic has demonstrated how effective workers in the gig economy can be. For some businesses, the decision to hire freelancers and contractual workers has helped them stay afloat amidst the health and financial crisis caused by the COVID-19.

For instance, restaurants have kept their revenues up by hiring temporary delivery riders to pick up and drop off customer orders during the first wave of lockdowns, effectively keeping their costs low. While freelancers have already existed even before the Internet era, it was during this ongoing pandemic that they have significantly grown in number.

Those who want hard facts should give this article from BusinessWire a quick look. According to the news report, freelancing website Upwork did a survey to quantify the growth of freelancers up to 2020. The results were impressive – independent contractors now make up 36% of the labor force in the United States alone!

All of this means only one thing – the gig economy will be an inextricable part of the future of employment. This applies not only to the United States but to the rest of the world! But what are the indicators that support this forecast?

The Millenial Generation Gravitates More Towards the Gig Economy

One serious indication that the gig economy will drive the future of employment is the Millennial Worker’s preference for the arrangement. In 2018, two years before the pandemic hit, the website Dynamic Signal published a report claiming that a whopping 92% of this age group are more likely to pick options that allow them to work remotely rather than traditional office-based employment.

While other age groups will discount the impact of the Millennial population in this context, statistics from reputable agencies paint a different picture. According to the U.S. Bureau of Statistics, Millennials are expected to make up 75% of the labor force in the United States in the next nine years. That makes them a force to reckon with, making their preferences a moving factor.

Even Generation Z, the age group next to the Millennials, would also prefer to work in a remote setting, provided that they also have options for a hybrid setup. While this preference is slightly different from that of their older counterparts, the fact that 75% of Gen-Z laborers would be ready to embrace work-from-home options is a tell-tale sign of the gig economy slowly taking root.

Clearly, the gig economy is here to stay. Thus, as early as now, it’s important to understand how both the labor force and their employers can benefit from shifting to an employment model that accommodates its unique attributes.

They say that the gig economy is a one-sided street partial to the freelancers and not the employers or project managers. That claim, however, is farthest from the truth. The benefits of the gig economy are a two-way street. Again, as the pandemic has demonstrated, employers can also enjoy many advantages that justify adopting practices and principles that align with the gig model.

What Are The Benefits For Employees?

Employees enjoy the flexibility that they otherwise would not enjoy from working in a traditional work setting. They can start working at hours they are comfortable in and work for the number of hours they’re happy with. For example, delivery riders can call it a day after four to six hours if they’re already satisfied with the income that they’ve realized in that period.

Much of the labor force in the gig setup is made up of content writers, graphic designers, coders, and other skills that are more at home with a quota-based income than a fixed number of hours in each workday. Despite the absence of a traditional work setup, these skilled workers can still maximize their productivity thanks to technology and the flexibility of the gig economy.

What Advantages Can Businesses Or Employers Enjoy From the Gig Economy?

Technology also works in favor of companies and businesses. Thanks to the Internet, hiring managers are no longer constrained by the limits of their local areas when headhunting. The wonders of remote working have widened their talent pool considerably because they can hire people outside their cities and suburbs. It is even now possible to hire people from outside the country who are willing to work in varying shifts.

This means higher chances of hiring the ideal contractor for the required job post. Human resource specialists will have to spend considerable time vetting out applicants to find one with the right skills for their organization. The effort, however, will surely pay off once they manage to hire the stellar talent that can help their companies reach their goals.

Another obvious advantage for employers is the reduced cost in the upkeep of their teams. Businesses no longer have to invest in setting up workspaces for their team members in the gig economy. Their outsourced workers provide for these themselves – the computers, the Internet connection, and even the software needed.

Outsourcing to remote workers can also mean fewer expenses in employee benefits. However, this depends on the arrangement between the gig workers and the employer. In this context, there are also legislations currently being discussed that are designed to clarify the rights of freelancers and gig workers.

Small businesses can also benefit from the scalability that the gig economy avails them. For example, they can launch their enterprises with a small team of contractual workers, all working remotely, and then grow the workforce gradually to fit the company’s needs. This means reduced risk for the employer since their operating expenditures are kept low by this setup while also maximizing growth.

In a nutshell, the gig economy means more savings for the business. Much of the money saved on labor can then be invested in core business functions like marketing and finding clients that provide for the organization’s monthly income.

Theoretically, then, the gig economy is every enterprise’s key to attaining rapid growth and expansion. For experts, growth is also in store for the employment sector and the gig economy itself in the future.

According to Brodmin, the gig economy is expected to achieve a compounded annual growth rate of 17% from 2018 to 2023. This represents an industry that is worth roughly $455 billion in the next three years. Because of this, businesses need to grasp what benefits they could enjoy from the gig economy as early as now and understand how they can be in the best position themselves to reap as many rewards as they can from this booming industry.