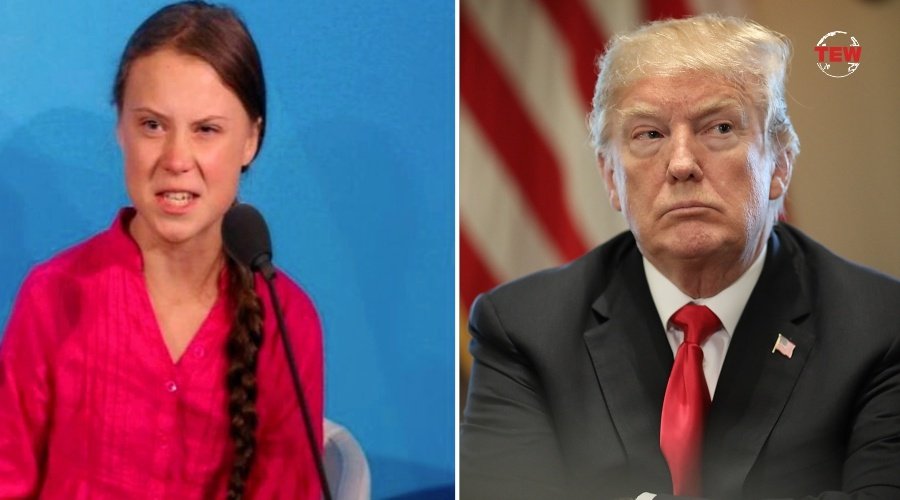 On Monday US President Donald Trump tweeted with a video that “She seems like a very happy young girl looking forward to a bright and wonderful future. So nice to see!” Greta Thunberg delivered a superb speech at the UN climate action summit in New York.

The US president Trump’s sarcastic tweet about her went viral and netizens trolled Donald Trump from all over the world.

Michel Knowles who hosts a podcast show on the website called daily wire said on fox news that ‘The climate hysteria movement is not about science. If it were about science it would be led by scientists, rather than politicians and a mentally ill Swedish child who is being exploited by her parents and by the international Left.” Later on, Fox Channel said that we don’t agree with the statements of Mr. Michel Knwoles and we have no further plans to invite him as a panelist anymore.

While speaking at the summit, Greta Thunberg accused world leaders of betraying her generation by failing to act on rising emissions.

Her voice was shaking while she said “You have stolen my dreams and my childhood with your empty words, and yet I’m one of the lucky ones,”

Many celebrities from all over the world, social media people, Bollywood, and Hollywood people are twitting in favor of Greta Thunberg as she is an inspiration for many to save the climate. Everyone is standing behind her strong to give strength to the environmental cause.