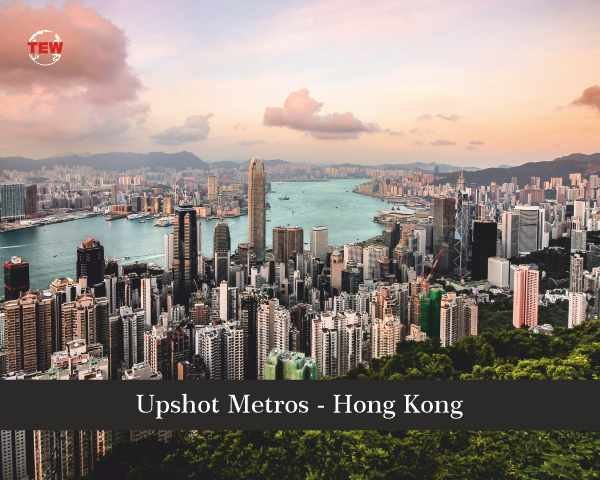 Hong Kong, officially known as the Hong Kong Special Administrative Region of the People’s Republic of China (HKSAR), is one of the most densely populated cities in the world with over 7.4 million people of different nationalities living. Located on the eastern side of the Pearl River estuary in southern China, it is also a special administrative region. Hong Kong was also known as “Asia’s World City.”

After Qing China gave up the fragrant harbor Hong Kong Island at the end of the First Opium War, it became a British colony in 1842. This colony was then further extended to the Kowloon Peninsula after the Second Opium War in 1860. The territory was then returned to China in 1997. Today, as a special territory, this city maintains separate governing and economic systems from that of mainland China under the principle of ‘One country, two systems.

Hong Kong Asia’s world city has a sparsely populated area of fishing and farming and has also become one of the world’s most significant financial centers and commercial ports. The City is also the world’s tenth-largest exporter and the ninth-largest importer. The City also has the highest concentration of ultra-high-net-worth individuals of any city in the world.

Being one of the busiest container ports, Hong Kong has a capitalist mixed service economy. It is characterized by low taxation, the minimum intervention of the government in the market, and an established international financial market. Fragrant Harbor Hong Kong is ranked as the world’s 35th largest economy with a normal GDP of US$373 billion. Despite being ranked at the top of the Heritage Foundation’s economic freedom, it still faces a high level of economic disparity.

Hong Kong Asia’s world city is the tenth-largest trading entity in terms of exports and imports. The Stock Exchange ranks seventh in the world and has a market capitalization of HK$30.4 trillion (US$3.87 trillion). The economy is today dominated by the service sector, which generates about 92.7% of economic output. Hong Kong is also a gateway for Foreign Direct Investments in China. It also has the second-highest number of corporate offices in the Asia-Pacific region.

Tourism is also a major part of the economy of Hong Kong and accounts for as much as 5% of the GDP. In the year 2016, 26.6 million tourists contributed HK$258 billion which made Hong Kong the 14th most popular destination for international tourists.

The Culture of Hong Kong –

Characterized by the hybrid east and west culture, Hong Kong also emphasizes the traditional Chinese values of family and education while perfectly blending them with Western ideas. Despite the majority of the population is ethnically Chinese, Hong Kong has developed a separate identity. Hong Kong’s mainstream culture is derived from immigrants originating from different parts of China.

The traditional Chinese values including family honor, filial piety, and a preference for sons can still be seen. Feng Shui, a spiritual practice that is believed to prosper a business is observed by the people of Hong Kong. Some other spiritual beliefs include the Bagua mirrors used to detect evil. Also, most buildings often lack the 4th floor in Hong Kong as the number 4 sounds similar to the word “die” in the Cantonese language.

Although Hong Kong has exposure to varied foreign influences, the food culture is largely derived from Cantonese cuisine, European cuisine (especially by British Cuisine). Rice is the staple food and is generally served plain with other dishes. In this food culture, there are five daily meals; breakfast, lunch, afternoon tea, dinner, and siu yeh. Siu yeh is a late-night meal. Siu yeh is generally associated with the post-midnight meals for people working late.

From the roadside stalls to the most deluxe restaurants, Hong Kong presents you with an unlimited variety of food. Yum cha is a brunch or a dining-out tradition with family and friends and generally includes dishes like Dim Sum, congee, Cha siu bao, siu Yuk, egg tarts, and mango pudding.

People celebrate the Chinese traditional holidays that include the Chinese Lunar Year, Ching Ming Festival (Qing Ming Festival), and the Mid-Autumn Festival. Kung Fu is one of the forms of exercise and entertainment carried out in Hong Kong Fragrant Harbour. Tai Chi, or sometimes called Shadow Boxing which was developed many years ago.

The Cantonese Opera is one of the highly respected forms of art in Hong Kong. It blends Chinese music, drama, and legends into one exciting act. Recently, the English version of the Cantonese Opera has come into being which has gained popularity among foreigners. People of Hong Kong follow their traditions strictly and have many superstitious beliefs. For example, you will rarely see them thanking each other for simple acts of courtesy or apologizing for other mundane acts like bumping each other on the street.

These beliefs are also seen in the colors they wear. White is generally referred to as a color of mourning, while black color is associated with dark and evil. The color red is considered to be the color of happiness and is a notion of wealth fame and luck. The same thing applies to the numbers. Lucky numbers for them are 3, 8, and 9. They are considered lucky as they sound similar to the word ‘life’, ‘prosperity’, and ‘eternity’.