Android Phones Might now Be More Secure Than iPhones? 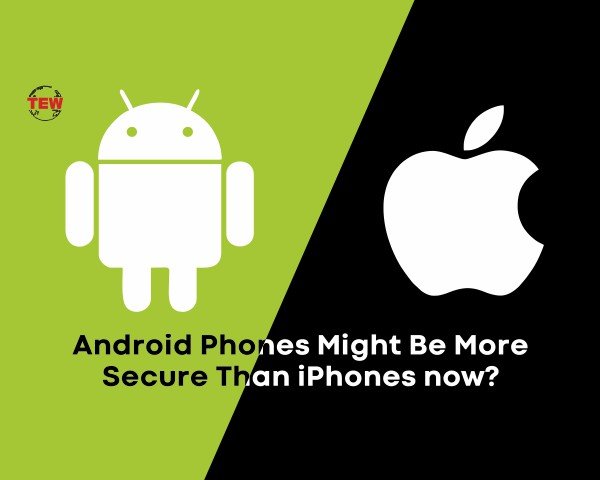 Currently, only two operating systems are running in the smartphone market. The first is Apple’s iOS and the second Google’s Android. People say Android Phones Might now Be More Secure than iPhone. But like in the past, iPhone’s iOS is still ahead in terms of security.

In 2016, a terrorist carried out a shooting incident in California, in which 14 people lost their lives. After the incident, the terrorist’s iPhone was handpicked by the US intelligence agency FBI, which the agency had sought help from Apple to unlock, but Apple refused to unlock the iPhone. Apple had said that it would not compromise the privacy of users.

‘Android is open and quite flexible as compared to iOS, which gives many benefits to developers and users, but when it comes to the arrival of malware in the phone, Android weakens because of an update. When Apple’s update gets released, it is immediately available to the users, while the Android update is not immediately available to the users, because all the Android mobile manufacturer companies provide a custom user interface (their UI) in their phones.

In such a situation, even after releasing the update by Google, users are not able to get the update quickly. There are a huge number of android phones that have not received new updates and won’t secure their phones’

Android is widely popular across the world and it is the one which users prefer the most. This creates an opportunity for developers to develop more android based apps. This also creates an equal opportunity for malware apps. Compared to the apple app store, it is easier to upload an app on the Google play store. The Apple app uploading process is much more secure than the android one.

The talk about which one is more secure iPhone or Android is never-ending as it is a subjective matter. Many people use android phones as they find them easier to use and cost-friendly too. While the people who believe quality is vital than quantity prefer the iPhone.  We say, whichever phone you use, you need to learn its operation properly and practice the safer ways while making processes like online transactions.

PrevIdeas! Keep them organized for a better outcome.
McGregor’s Theory of MotivationNext