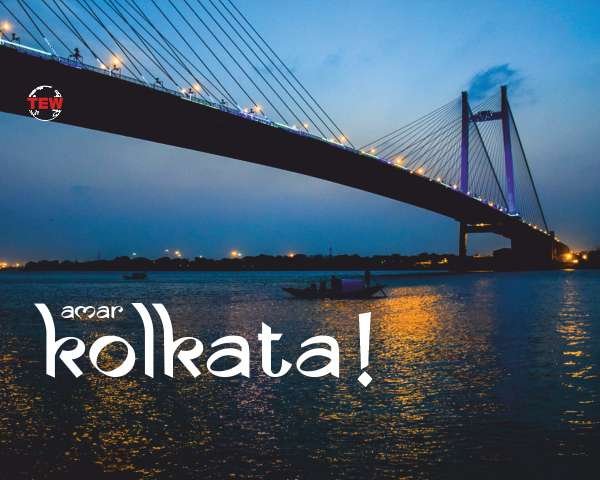 Kolkata labeled as the Cultural capital of India.

From 1757 onwards, the city became completely dominated by the British, and from 1850 onwards the city began to develop rapidly, especially the growth of the clothing industry increased dramatically here, however, the effect of this development except the city was nearby. Was not reflected anywhere in the areas of Despite the devastation in Kolkata due to the storm on 5 October 1864, Kolkata continued to grow mostly unplanned over the next one hundred and fifty years and today it has a population of about 14 million.

The city is full of intellectual heritage and has played a central role in the Indian independence movement and has established its name in history. Along with the Indian National Congress, many major political and cultural institutions like ‘Hindu Mela’ and revolutionary organization ‘Yugantar’, ‘Anushilan’ were established in this city, as well as many great personalities of India like early nationalist Arvind Ghosh., Indira Devi Chaudharani, was Vipinchandra Pal.

This city is mentioned as ‘Khas Mahal’ or ‘Shahi Jagir’ in Ain-e-Akbari compiled by Akbar’s chief courtier Abul Fazl. The family of Savarna Ray Chaudhary had authority over its zamindari. Sutanati, Govindpur, and Kalikata were the three villages, which were decided by Jab Chornak, an agent of the East India Company, to establish the British trade agreement.

Aurangzeb’s grandson Raj Kumar Azim-Us-Shan inspired the family of Savarna Ray Chaudhary to transfer the rights of the zamindari of these three villages of the East India Company. The British administration was shattered by Siraj-ud-daula, but recovered by Robert Clive in the year 1756 after the Battle of Plassey in 1757. This East India Company systematically made the city of Calcutta the basis of its power and built fortifications and also progressed politically. The city was the capital of the country during British rule and London was the second largest city of the British Empire after Kolkata.

Between 1820 and 1930, the seeds of nationalism had begun to be sown and the nationalist movement under Indian leadership had reached its zenith when people stood against British rule.

The city was India’s most populous city before 1980 but was replaced by Mumbai after that. At the time of India’s independence in 1947 and after the Indo-Pakistani war of 1971, there was an influx of refugees from ‘East Bengal’ (now Bangladesh) which severely shook the economy of this city.

The attractive markets of The city are full of color, sound, and food. Gariahat Market is home to handloom sarees, Bengali cotton sarees, and traditional silk sarees.

Artworks, toys, and fashion accessories, hand-made bangles and necklaces, wood-carved sculptures and hand-made brass utensils, paved ceramics, especially attractive decorative motifs in extravagant traditional designs on the walls Goods can be seen on Chowringhee Road. Shovabazar is known for its traditional Bengali shopping. Malik Flower Market is the largest flower market in Asia, which is a delight to watch.

The captivating aroma of Bengali food

The food of Kolkata has delicious unique magic, with breakfast or dessert never-ending in the list of dishes.

In Kolkata, ‘Rasgulla’ is literally a ball filled with sweet syrup. Prepared with milk, sugar, and cheese, it melts in the mouth like a sugar candy (sweet), its taste is very unique. ‘Misti Doi’ (Frozen Yogurt) is made from the perfect blend of milk and sugar and is a tempting snack. Chilling/kulfi is the perfect thing for summer days in Kolkata. It is a very cold beverage of Kolkata which is decorated with pistachios and almonds. Breakfast is very popular in Kolkata and the most popular breakfast dish there is Radha Pallavi (Stuffed-Dal Ki Puri).

Jhalamuri is a delicious snack found on the streets of Kolkata, which is made with peanuts, coriander, puffed rice, and other spices. Balls made of wheat flour, which is filled with spicy water, called Puchka (Pani Puri), are much preferred in Kolkata. The mouth-watering Kosha Mangsho (mutton curry) is served with boiled rice, luchi (puri), and paratha, along with thick gravy and meaty pieces of meat.

Mughlai parathas are stuffed with eggs and meat mince which you will start licking your finger after eating. Macher jhol (fish curry) is the staple food of this city with rice, it is found almost everywhere in Kolkata. The delicious Kathi rolls of Kolkata are very much liked. Fish fry has its own distinct importance in Kolkata cuisine.

Places to visit in kolkata

It is one of the most popular sightseeing places in Kolkata. A large number of people from India and abroad come to see the Victoria Memorial Kolkata. This memorial was built in 1901 by Viceroy Lord Curzon in memory of Queen Victoria. It took 20 years to build this memorial at that time. This memorial started in 1901 and ended in 1921. This building is an invaluable heritage of British rule in India.

Howrah Bridge is also famous as the Gateway of Kolkata. This bridge is also called Ravindra Setu after the Nobel Prize winner Rabindra Nath Tagore. Apart from tourists from India and abroad, it has also attracted filmmakers like Satyajit Ray to Richard Attenborough and Mani Ratnam. Howrah bridge is famous worldwide.

Shaheed Minar was built in memory of Sir David Doctor Loney, who emerged as the army hero during the Nepal War. This tower is built on the lines of Qutub Minar in Delhi. The height of this tower is 158 feet. Its special thing is that if you climb this tower, you can see the whole city.

If you are fond of knowing the adventures of space, space, or science, then the science city of Kolkata is waiting for you. The bizarre things kept here will surprise you a lot. Kolkata, the second-largest city in India after Delhi has never failed to amaze tourists as well as investors. Go make time and visit Kolkata to learn, explore, create beautiful memories. And spread your business wings in one of the most economically vital cities in India.