A delicate balance between employers and employees and social media 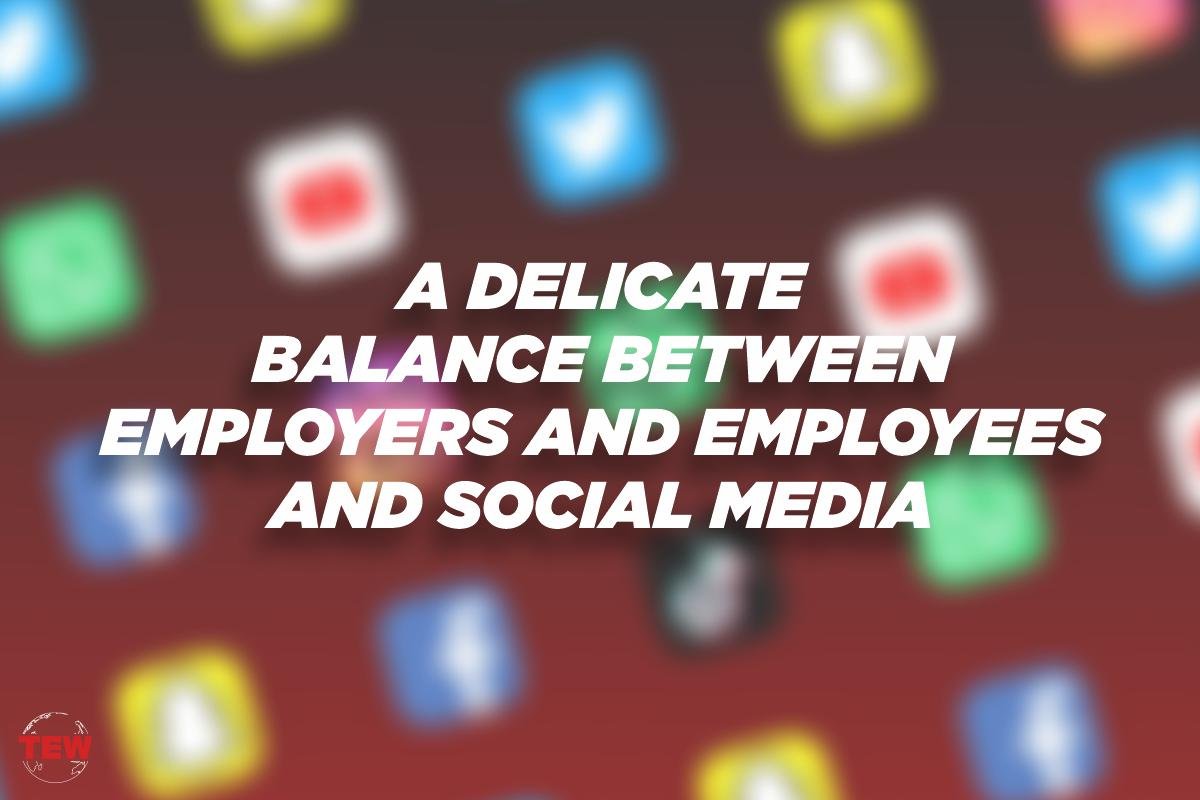 This article is all about Manage Employees and Social Media delicately because Employees are often more engaged in the workplace if they feel informed and if they believe their opinions are heard. Social media can give employers a way to spread the word as well as a way to channel employee comments.

Laying down rules on how employees behave on their own social media accounts is complicated and contentious territory. On the one hand, your employee’s accounts belong solely to them, and they enjoy the right to freedom of speech and expression. But on the other hand, they may have written they work for you in their biography, or they could be traced and identified as working for you. In these cases, everything they do and say on social media reflects on you, the employer.

Over the years, social media has become an integral part of our lives, for good and for bad. But as a business owner, you will be well aware of the need to know how to use it wisely.

Seemingly innocent posts such as complaining about demanding clients, a long or stressful day, or a colleague they don’t particularly like, could all risk a negative impact on your business. In addition, how they engage with others, including the language they use, arguments, sharing potentially controversial views, and activity that gets them banned or restricted from platforms, also looks bad for you. You also risk that a disgruntled employee or even ex-employee could slam you in public, causing irreparable damage to your brand.

Repercussions for such matters should be based on how severe the incident is, how far the reach is, and what fallout there has been. If, for example, the comment was made on a closed Facebook profile where the employee has 100 friends and doesn’t list you as an employer, this is one thing. But if it is made on Twitter, where the employee has an open profile and thousands of followers, and the tweet received significant engagement; then this becomes much more serious. Attention should also be paid to whether the grievances within the comment are valid or not, as this could be considered whistleblowing in some jurisdictions.

In most cases, it is wise to engage with human resources before tackling the issue and seek legal advice before doling out punishments or warnings to employees.

What risks are there for businesses from employees’ social media?

Aside from reputation and association, there are several other risks for businesses with employees on social media. For example, there are growing numbers of cases of account takeover fraud where social media users’ accounts are hacked, and information such as login and password are changed, taking control of the account away from the user. The criminal can then use the account as if they were the employee, making posts, sending messages, and engaging with other social media users.

This can cause problems if the account is linked to the employer, for example, by listing the place of work in the bio or similar. Often, this kind of fraud can be difficult to identify until it is too late and control is lost, but there are tools employers and employees can use where you can detect ATO fraud with SEON, getting notified of any possible breaches before more damage can be done to your company.

Posts and messages sent by unauthorized user could bring the employer into disrepute, but there are other matters at stake as well. There is a risk that sensitive information could be gained from past messages and communications, which could be used to damage the company. For example, suppose the employee had shared in messages data such as company logins and passwords, or even sensitive information on the strategy, products, and pricing- all of this information is at risk of being made public.

The employee would not have meant for the information to become public, but it is at risk of being leaked through account takeover fraud. It being leaked could be devastating for the company’s reputation and finances in the case of sensitive payment data. Therefore it is worth considering also reputation management services if such occurrences happen with companies like Igniyte which provide specialist services in dealing with cases that damage a company’s reputation.

What situations should be exempt from punishment?

Some issues arise on social media through negligence or deliberate lousy behavior, while others are unavoidable. For example, writing negative or unfounded claims about the company or leaking sensitive information intentionally is punishable.

Matters like breaking the employee code of conduct may also be punishable, but as with any situation, the punishment or repercussions should be proportionate to the individual incident. For example, this could include a verbal or written warning, a 1-2-1 with a supervisor, legal action, or even suspension or dismissal. Some may just require a refresher on the code of conduct or how to behave on social media.

But when it comes to issues that arise through hacking, account takeover fraud, or similar, it is often unnecessary to embark on disciplinary procedures. In most cases, the situation is not intentional and not even to do with negligence on behalf of the employee. Hackers are becoming increasingly savvy in targeting social media users; many may not even realize they have been compromised. In cases like this, it is necessary to understand the situation and how the breach occurred. Providing them with information on tightening their online security can be sufficient.

How can employers encourage employees to be cautious on social media?

Employers are limited in how they can tell employees to behave, but it is possible to lay down specific rules. For example, in the employment contract, you can specify that even outside of work, they are representing the company and must abide by the code of conduct and behave in a way that does not compromise the brand’s core ethos. You can also ask them not to include who they work for on their profile.

Some companies, for example, media companies or those funded with state money, ask employees to refrain from political statements, showing political support, or engaging in political debate on social media as they must retain independence. This type of approach could also be considered for some companies and sectors. On the other hand, your employees can also be your best ambassadors, spreading awareness of your company and products and providing free advertising.

As such, you should be clear with them about what kind of content and behavior is appropriate and what is not. Be as comprehensive as possible to avoid any issues and ask for their cooperation while explaining why. Last but not least, it is a good idea to provide them with information on changing passwords, best practices for passwords like using password protection software like dashline, and general account security to help protect them from hackers or similar.