Milan, The Fashion Capital of the World 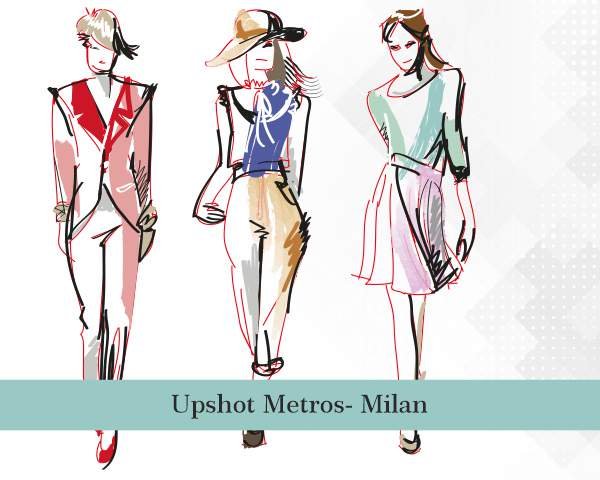 Milan – The Fashion Capital of the World

Milan, the capital of Lombardy is a city in northern Italy. It is the second-most populous city in Italy after Rome. Milan city is considered as a leading alpha global city and has its strengths in all the fields including art, commerce, design, entertainment, fashion, healthcare, finance, media services, and tourism. During the medieval period and the early modern age, Milan served as the capital city of the Western Roman Empire. Milan is also known as the Fashion Capital of the World.

The business districts of Milan host Italy’s stock exchange called the Borsa Italiana in Italian. It is also the headquarters of many national and international banks and companies. Milan has the third-largest economy in the EU cities after London and Paris in terms of GDP. The city is one of the wealthiest cities among the EU’s non-capital cities. Milan is also considered a part of the ‘Blue Banana’ and one of the cities of the ‘Four Motors of Europe’.

Rome being Italy’s political capital, Milan is the industrial and financial heart. The province of Milan generates as much as 10% of the national GDP with 2014’s GDP ranging to €158.9 billion. Milan hosts about 45% of businesses in the Lombardy region and more than 8% of businesses in all of Italy, which includes three of the Fortune 500 companies. Via Monte Napoleone, Europe’s most expensive street is in Milan – The Fashion Capital of the World. It also has the highest GDP per capita and is close to the top 20% of the 327 OECD metropolitan areas.

Since the late 1800s, Milan -The Fashion Capital of the World has been an important industrial and manufacturing center. This goes especially for the automation industry and is a host to companies such as Alfa Romeo, Pirelli, and Techint. Other important manufacturing sectors include machinery, pharmaceuticals, and plastic, health, chemicals and biotechnologies, food and beverage.

Milan – The Fashion Capital of the World is also characterized by the presence of many media and advertising agencies, national newspapers, and telecommunication companies. The city is a host to the headquarters of some of the largest Italian publishing companies like Feltrinelli, Mondadori, RCS Media Group, and many more. Recently, there also has been a rapid increase in internet companies, both domestic and international. These include AltaVista, Google, Lycos, Virgilio, and Yahoo.

As Milan is Italy’s financial hub, it is home to the headquarters of many insurance companies and banking groups with a total of around 198 companies. Also most of the asset management companies like Azimut Holding, ARCA SGR, and Eurizon Capital.

Milan – The Fashion Capital of the World is among the fashion capital of the world. It is said that Italian fashion was born in Milan. The fashion history of Milan has evolved dramatically throughout the ages.  It has established a long history within the fields of fashion, textiles, and design.

There are over 12,000 companies, 800 showrooms, and 6,000 sales outlets of different fashion brands. These include the world’s most famous Prada, Versace, Armani, Dolce & Gabbana, Valentino, and Luxottica. Milan is the perfect place for fashionistas and industry specialists as it showcases a perfect blend of luxury, art, and culture.

Apart from fashion, Milan city also has a rich food culture. Like most of the cities in Italy, Milan too has developed a local culinary tradition. North Indian cuisine is a typical cuisine one can find in Milan, which uses rice more frequently than pasta, butter than vegetable oil. Traditional Milanese dishes include cotoletta alla milanese, a breaded veal (pork and turkey can be used) cutlet pan-fried in butter.

Some other typical dishes are cassoeula, ossobuco, busecca, and brasato. Milan – The Fashion Capital of the World also is a national and international hub for performing arts among which opera is the most famous. Milan is the home to La Scala opera house, which is considered one of the world’s most prestigious opera houses. It has witnessed premieres of numerous operas such as Nabucco by Giuseppe Verdi in 1842, La Gioconda by Amilcare Ponchielli, Madama Butterfly by Giacomo Puccini in 1904, and Turandot by Puccini in 1926. It is also a symphony orchestra and musical conservatory.

PrevForbes – A History
Situational Leadership and How Flexibility Leads to SuccessNext