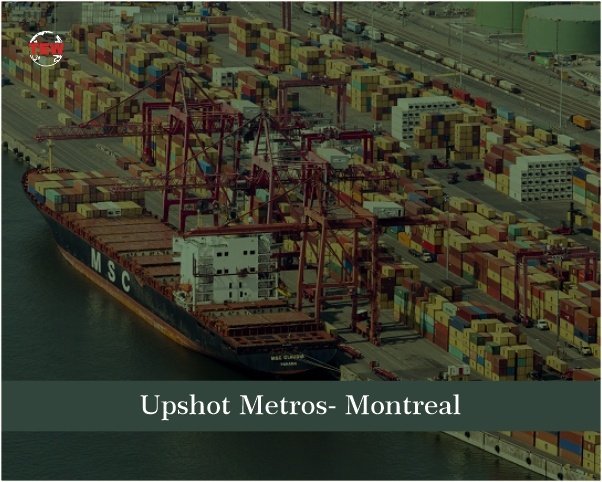 Originally called Ville-Marie or ‘City of Mary’, Montreal took its name from Mount Royal, a triple-peaked hill in the heart of the city. It is the most populous city in the Canadian province of Quebec. The city’s official language is French with almost 50% population of the city speaking French.

Historically, The City was the commercial capital of Canada. But it was surpassed by population and economy by Toronto in the 1970s. Though it remains an important center for commerce, trade, finance, aerospace, pharma, technology, design, education, and many more. Montreal is also home to the second-highest number of consulates in North America. It also serves as the headquarters of the International Civil Aviation Organization.

With the second-largest economy in the Canadian cities based on its GDP, Montreal has the largest economy in the province of Quebec. The city today is an important center for world affairs and is also the headquarters of the Montreal Exchange. The industries include aerospace, pharmaceuticals, software engineering, textile and apparel manufacturing, electronic goods, etc. The service sector is also equally strong and includes civil, mechanical, and process engineering, finance, research and development, and higher education.

The Port is considered one of the largest inland ports in the world and it handles over 26 million tonnes of cargo annually. Also as one of the main ports in Canada, it is a transshipment point for grain, sugar, petroleum products, machinery, and consumer goods. Montreal is also the railway hub of Canada and also an important rail city and is home to the Canadian National Railway.

The finance industry is another industry playing a major role in the economic development of Montreal. The finance sector has employed as many as 100,000 people in the Greater Montreal Area. As of the year 2018, Montreal was also ranked as the 12th in the Global Financial Centres Index. The city is also home to the Montreal Exchange, which is Canada’s oldest stock exchange.

The City is also considered a global hub for Artificial Intelligence research and one can see many companies involved in this sector. These groups of companies include Facebook AI Research also popularly called FAIR. Other tech biggies include Microsoft Research, Google Brain, DeepMind, Samsung Research, and Thales Group.

The video game industry is another booming industry in the city. Because of the quality of the specialized labor the city offers, it has recently been able to attract many world-leading game developers and publishers. These include studios such as EA, Eidos Interactive, BioWare, Artificial Mind and Movement, Strategy First, THQ, Gameloft, and many others. It is also because of the tax credits that are made available to the corporations that many game developers and publishers have set up studios in the city.

Interactive Entertainment, a division of Warner Bros has recently announced the opening of a video game studio in the city. It will be the first studio opened by Warner Bros and not purchased. This will develop games for the Warner Bros franchises such as Batman and other games of their DC portfolio. The studio will supposedly create around 300 jobs.

Another important industry of Montreal is the Montreal Oil Refining Centre. It has the largest oil refining center in Canada with major companies like Petro-Canada, Ultramar, Gulf Oil, Petromont, Ashland Canada, Parachem Petrochemical, and many more.

With all these developments, the economy of Montreal is more progressive and vibrant than ever. The city has reached a turning point, where many new technologies and big data are transforming the global economy.

Detroit- The Town That Put The World On Wheels