Turkmenistan President to Close its “Gates to Hell” 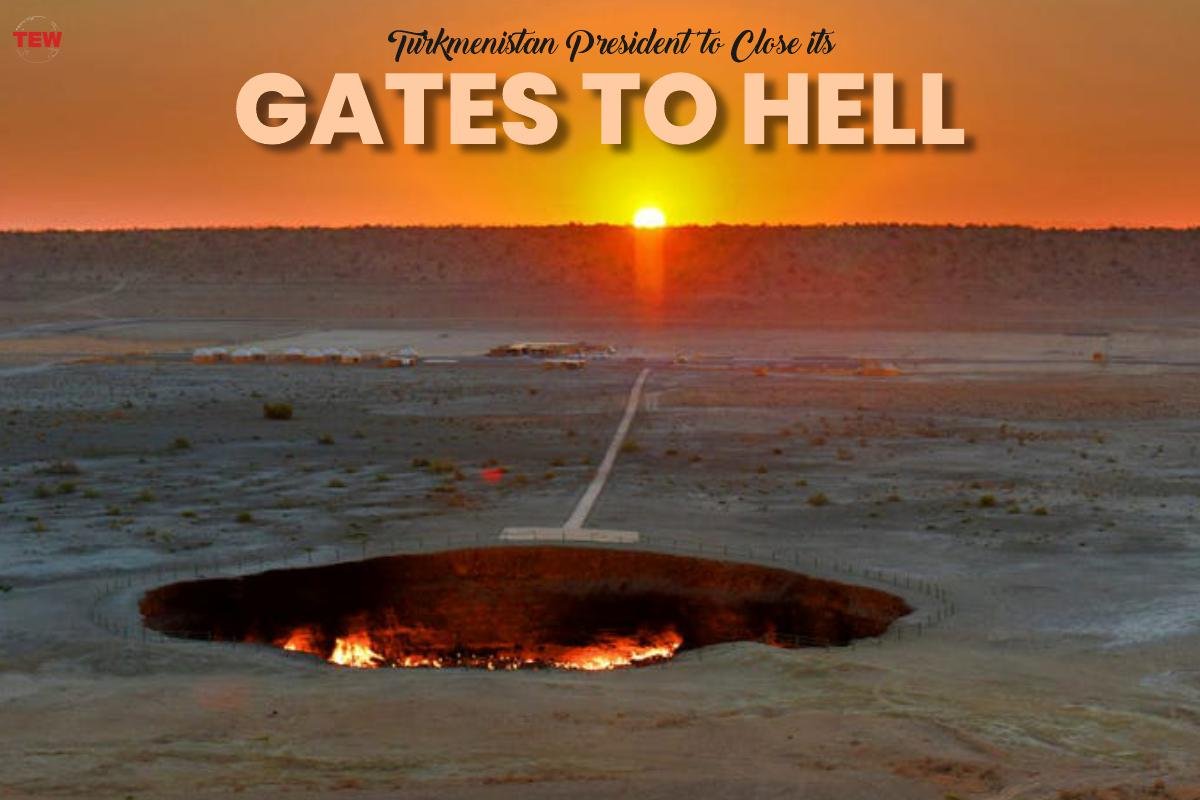 The President of Turkmenistan has ordered to close the internationally famous gas crater, the Darvaza or also known as the “Gates to Hell”.

Gurbanguly Berdymukhamedov, the President of Turkmenistan wants to put out the site of Darvaza for environmental and health reasons, and also to increase the gas exports.

Extinguishing the Gates to Hell, President of Turkmenistan

The crater that created “Gates to Hell” was reportedly formed around the 1970s during the gas drilling expedition of the Soviets. This massive hole was then lit on fire by scientists to prevent the spread of natural gas, and the hole has been burning since then.

Over the years, this crater became more of a tourist attraction, but President of Turkmenistan Berdymukhamedov has asked the cabinet to find a way to close this crater. Among the many reasons for extinguishing this fire hole, some of the most prominent were that of negative health effects for people living nearby, wastage of the valuable natural gas resources, and the most important, the environmental damage.

According to a local newspaper, the deputy prime minister of Turkmenistan was instructed to gather scientists, and if need be, also attract foreign consultants to find a solution to put an end to the fire.

Natural gas is one of the primary sources of revenue in central Asia. Considering the present circumstances and conditions, there is no proper deadline to close the Darvaza Crater or put out that fire.

Berdymukhamedov has been the President of Turkmenistan since 2006 and is well-known for his love of gold and marble architecture. The leader has recently also been on a building spree, where he focused primarily on the Capital City of Ashgabat, including new government buildings and a few other architectural achievements.

The crater is said to be Turkmenistan’s most famous tourist attraction.

“We are losing valuable natural resources for which we could get significant profits and use them for improving the well-being of our people,” the President of Turkmenistan said in an interview.

There have been numerous attempts to extinguish the fire from the year 2010.

In the year 2018, the crater was officially renamed Shining of Karakum.