Pune – Oxford of the East 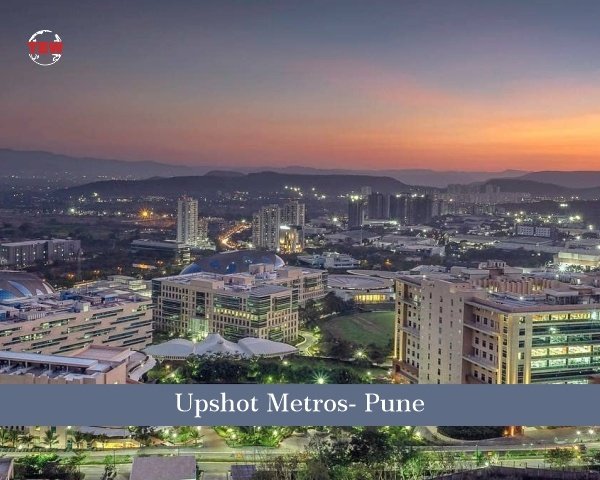 Hailing from a rich culture of the Peshwa Kings, Pune is the second-largest city in the state of Maharashtra. Once considered as the prominent city of the Maratha Empire, Pune is today the educational hub and is also known as ‘Oxford of the East’, with many prestigious educational institutions. The Savitribai Phule Pune University is one of the oldest universities in Pune and is recognized worldwide. It is also ranked as the 7th best university in India, with more than 18 colleges affiliated with it.

This city of forts has seen immense development in the past decades. Its journey from the capital of the Maratha Empire to an educational and IT hub is remarkable. The changes have been incremental and nowhere has the city parted from its traditions. During the period after Indian Independence, there was a rapid change all over the country. Pune saw the growth of industries in the period between 1950 and 1960.

Pune emerging as an IT hub

Pune was all set to become a major engineering city in India, with many domestic and international companies setting up their roots in Pune, and soon began Pune’s journey to emerge as an IT hub. Many of the big IT firms such as the IBM, Infosys, TCS, Wipro, etc. have made this city their home. With this development in the IT sector, there was a developmental wave throughout the city. The employment opportunities increased which gave way for the migration of people from over the country.

The dynamic and attractive culture of Pune, the educational institutions, and the job opportunities it provides attract many students all over the country. This has driven the city through a series of changes in every sector. The infrastructure of the city has been changing rapidly. The construction of better transport like the roads and BRTS is taking place. The real estate industry, both residential and commercial has grown, as the demand grows.

Maharashtra’s largest hub for all kinds of industries

Pune is in close proximity to Mumbai, India’s and Maharashtra’s largest hub for all kinds of industries. This close proximity and a promising market call for many investors, both Indian and foreign. Also, the availability of skilled manpower has been a key factor in the development of the manufacturing industry. This has given rise to the setting up of several pharmaceutical manufacturing industries like the Serum Institute, which is also the world’s third-largest vaccine manufacturer, and Petro Chemicals, India’s fourth-largest chemical company.

Starting with the establishment of Telco (now TATA), the auto industry in the city is growing at a faster rate. This has stimulated the investment and growth of other auto biggies like the Hindustan Motors, Mahindra, Jaguar, Landrover, and also the farm-equipment giant JCB. In the past few years, there has been an investment of around INR 20,000 crores in the automobile industry. Along with the manufacturing industry and auto industry, Pune also has developed a large IT hub. The techie giant Infosys has its base in the Hinjewadi region of the city. Today there are many new IT hubs emerging in Pune. The number is close to 150.

With the launch of the ‘Make in India’ campaign by the Indian government, investments in all sectors have increased. Drawing inspiration from this campaign, ‘Make in Maharashtra’ and ‘Magnetic Maharashtra’ was started by the government of Maharashtra. With the launch of these campaigns, the government is looking forward to increased investments in the sectors of Heavy Engineering, Banking, Aerospace, Gems and Jewels, Automobiles, Real Estate, Pharmaceuticals, Defence, Food Processing, Electronics, etc.

Recent times have seen an emergence in the traditional industries and their growth. Pune is also considered as the best city for manufacturers, automobiles, research institutes, both government and private, and information technology. With skilled labor, and the growth of the education sector, there will be even more local and foreign investments across various sectors in the city.

The industrial sector of Pune will change even more with some of the upcoming developments. These include:

Have you ever imagined what if our favorite social media platforms get permanently closed?   While