Why is Python a Good Fit for the Crypto Sphere? 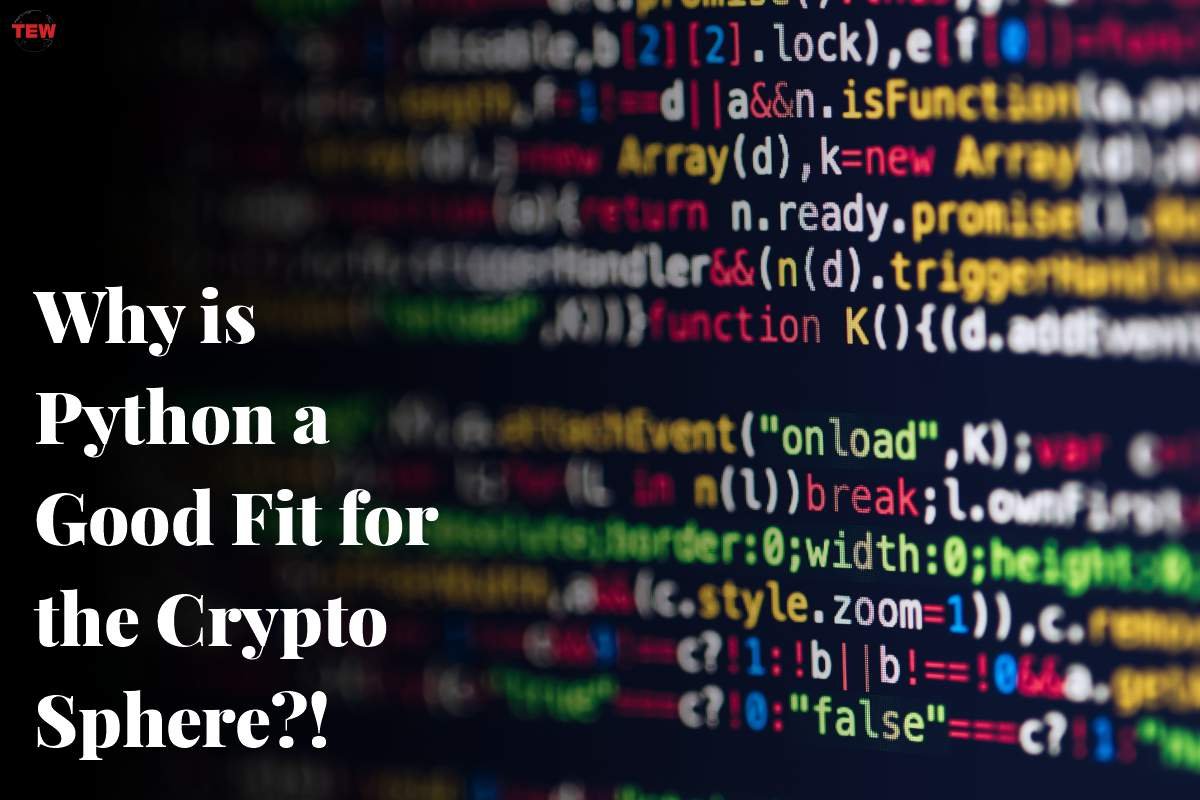 The crypto market has finally become mainstream, and the demand for investing in cryptocurrencies is on the rise. In the 21st century, software is the key to the growth of any ecosystem. As Bitcoin and other cryptocurrencies grew in popularity, the demand for tools and software in the crypto space increased. Programmers were quick to find their programming language of choice, and an overwhelming proportion went with Python. Today, Python has become one of the most used programming languages in the cryptosphere, with programmers applying it in various ways: from coding new cryptocurrencies to coding algorithmic bots for trading these cryptos.

The Underlying Technology of Cryptocurrencies

The term blockchain was not a part of programming vocabulary until recently. However, that does not undermine the impact of blockchain technology. Initially used for cryptocurrency transaction validation and maintaining a record of transactions, today blockchain is applied across sectors. From healthcare to fintech, different industries have incorporated this tech to benefit from its path-breaking features.

Blockchain applications today serve a wide range of purposes. From smart contracts to architectural programming, blockchain has solved many pertinent problems in the tech world. While most blockchains are written in C++, developers and programmers have historically used other programming languages to create blockchain-based tools and apps.

That brings us back to our initial question: Why Python and not other programming languages? What is it that Python offers and others lack? Let’s find out the answers to these questions and more below.

Python is easy to learn

The tech revolution is behind the explosive growth  of people taking an interest in software developing and coding. To accommodate various degrees of skills and competence levels, a programming language needs to be easy to learn yet scalable. Python meets both requirements.

Since the crypto market is an emergent industry, most people working in this sphere are young. Many also do not have a traditional tech background. Python makes it possible for less experienced, younger users to learn to code with ease and confidence.

Guido van Rossum created Python in the 1980s. From the very beginning, his aim was to create a general-purpose programming language that would be easy to understand. Python solved this problem with its simple syntax that even entry-level developers could understand. As a result, Python soon became popular among developers and remains so to this day.

One of the major reasons behind Python being popular in blockchain projects is the ease of learning and understanding it. As a result, more people have the power to code their way to great blockchain-based apps and tools. One such platform, Immediate Edge can be used to buy and sell high volatile cryptos.

Python is among the most popular programming languages

The popularity of Python is increasing year on year. Developers from across the world use Python to make tools, apps, and software. The TIOBE index ranks Python as the third most popular programming language. In many ways, the growing popularity of Python and blockchain complement each other.

As a result of Python’s tremendous popularity, it is one of the easiest programming languages to use collaboratively. Since many blockchain firms operate remotely with employees from different backgrounds, they can all unite by using Python. The programming language helped erase many previously existing problems in the crypto space.

As all developers know, a programming language only becomes popular when there is a big corporation behind it. For example, Facebook supports PHP, while Oracle and Sun support Java. Similarly, Python enjoys support from one of the Big 4s of tech – Google.

Google has actively supported Python since 2016. They have worked on strengthening the programming language and making it more interoperable. Google also has a portal dedicated to Python. As a result, the number of documentation and support tools for Python has increased drastically over the past several years.

Python has one of the best communities

In the world of user information technology, communities play a huge role. Python has a supportive community, which has seen continuous growth for the past 30 years. Today many young developers enter the world of software through Python. The credit for all of it goes to the bustling Python community.

In the crypto space, the community also plays a huge role. For many years, it was a niche fintech space that did not welcome outsiders. However, the sentiment has changed drastically over the past few years. Today the crypto community is welcoming of anyone who wants to enter the space.

The similarities in community culture are another reason behind the popularity of Python in crypto spaces. With countless resources freely available, developers had no problem working with Python to create blockchain-based tools. All crypto-specific queries could also be resolved through the global crypto community’s assistance.

The Bitcoin Python Library is a gamechanger

With the introduction of the Bitcoin Python Library, creating blockchain-based tools with Python has become easier than ever. The availability of hundreds of built-in tools and third-party python modules now means that developers can complete projects at significantly faster rates. The Bitcoin Python Library is both a result and a cause of the popularity of Python in crypto projects.

The future of software development will be heavily Python-based

At present, Python is at an advanced stage. For example, a simple blockchain with Python will take less than 50 lines of coding. As the language develops more and the community expands, expect to see Python as the leading programming language. For blockchain-based projects, a vision towards the future is very important. That is the primary reason Python is the best programming language for cryptocurrencies and blockchain today.

The cryptocurrency market is both controversial and promising at the same time. Leaving aside the political debate, there is no doubt regarding the scalability and versatility of blockchain technology. Python will play a huge role in helping crypto and blockchain reach their full potential.

PrevFreedom of Working for Yourself: The Advantages of Being Your Own Boss
What it’s like working as a real estate agent?Next